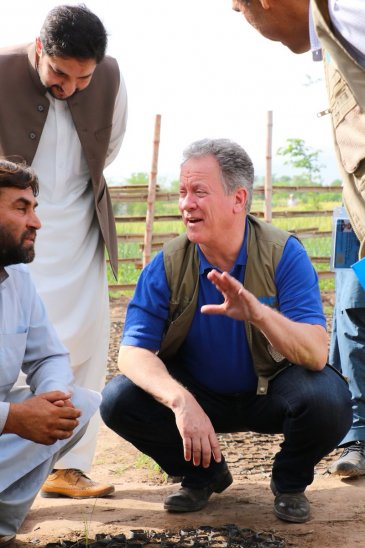 What’s happening to Fazle and the area where he lives is an important sign of progress for how humanitarian efforts can build peace and long-term stability in countries where conflict and hunger intertwine.

The price is highest on children. Hunger, malnutrition and poor health often lead to stunting – a phrase used to describe severely impaired growth in these young bodies. Three out of every four stunted children in the world lives in a conflict area.

Another key component of this pro-development strategy starts younger – with school children. This program is enormously cost-effective – on average, WFP spends (US) $50 to feed a child in school for an entire year. And for some parents, the food is the reason they send their child to school, because then they’re assured that he or she will indeed get a meal that day.