Concern over the impacts of climate change is rising globally, and often seen in relation to migration. Drawing on MIGNEX fieldwork in Keti Bandar, a Pakistani fishing port in the Indus river delta, we sketch observed climate change impacts and scope for local action.

What is today a fishing port that has seen sharp decline, was once a propsperous place, in Pakistan and the region. The glorious past is not ancient; stories of prosperity date from as late as the time of Pakistani independence in 1947. While the town was diverse, the Hindu trading community was an important source of capital, entrepreneurship and culture. Watered by the Indus, the hinterland was fertile.

Despite the lost glory, the people of Keti retain their connection to the ‘darya’ (literally river, colloquially used for sea too). It still defines them, shaping how life has been lived for centuries and how people dream about the future.

The impacts of climate change are both visible and invisible. Easily observable, electricity poles curiously found out at sea, tell the story of rising sea levels. Several islands in the delta are now permanently also submerged, their former residents living in Keti. 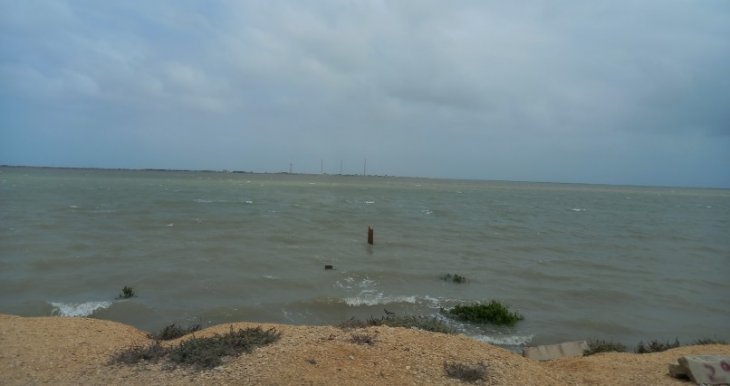 Older fishermen tell stories of an altered rhythm. The winds no longer blow when they used to, and the tide does not come in as it used to. Residents were often unable to untangle climate change impacts from policy induced water shortages in the Indus, but it was quite clear that the climate is no longer the same as it was a couple of decades ago.

The political economy of water management

Keti Bandar’s location in the Indus river delta is critical. The river flowing downstream to the Arabian sea, used to meet sea water, leaving sediments, thus producing unique agricultural opportunities on the banks. As the volume of fresh water flowing down the Indus was reduced, the fertile delta has suffered. These damaging changes have further been exacerbated by the intrusion of sea water into the delta, contributing to the risk of submerging more land.

The politics of water management in the Indus river delta is a nuanced story of water scarcity, prioritization and politics, and has since 1960 been regulated by the Indus River Treaty, between India and Pakistan. It is now apparent that climate change impacts and water use needs upstream, are significantly different compared to sixty years ago.

Debt and the global fisheries markets

While Keti Bandar continues to rely on the sea for its main livelihood it is now a part of the global fisheries markets, from Karachi to China. Catering to large domestic and international markets imposes a scale of activity that necessitates bigger boats, spending weeks at sea, over and above the fleet of small fishing boats leaving at dawn and returning to port in the afternoon.

Bigger boats require investment in equipment and working capital. This is capital which local fishermen do not possess – but which the global fisheries market can provide through brokers. But accessing this capital means entanglement in financial relations with brokers: they lend fishermen the money to invest in equipment, but the broker then holds the sole right to purchase the fish at a pre-fixed (low) price. A substantial share of the profits from fishing accrues to the larger brokers. And that is in a good season. A bad season means that the entire working capital (rent for the net, rations for a month at sea etc.) accrue as loans to be paid off by future good seasons. In effect, we found, many fishermen in Keti Bandar are highly indebted, some up to 50,000 USD, and unable to break the cycle of debt based on a regular year of fishing.

Maintaining a livelihood based primarily on fisheries, albeit different forms of fishing to the past with a greater reliance on jellyfish and crabs, appears a significant way in which local people are choosing to live with climate change. 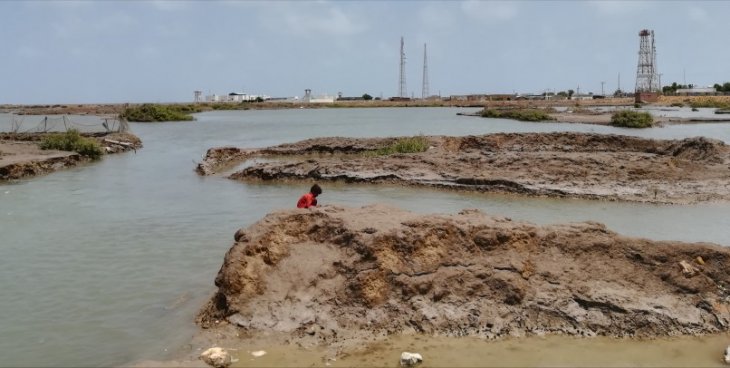 Mobility and immobility: Which choices are possible?

While some people have moved into Keti Bandar from nearby areas now submerged by the sea, others have left, for the regional city of Thatta, or nearby coastal mega-city Karachi. But Keti Bandar today appears an area marked by the present immobility of those who have remained.

Our interlocutors in Keti Bandar were aware of the options for relocating to areas with better livelihood opportunities, but often disinterested in these, despite the sense of bleak future prospects expressed. A clear impression from the fieldwork was that certain choices are less desired, such as leaving – even if the cost of staying appears incredibly high. The perception of risk – and of the radically life-altering change that moving would entail – appears, for many, too high. 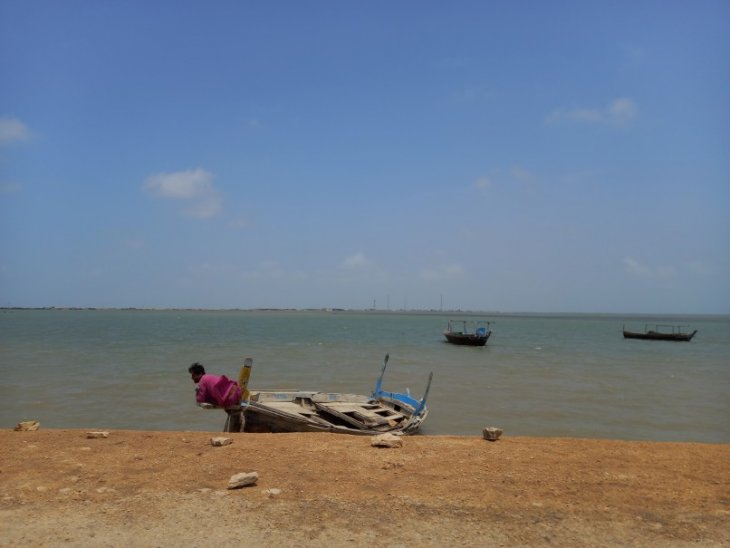 Acquiescing to the depoliticization of climate change impacts?

Reflecting on immobility dynamics in the face of impacts from climate change is important, illustrating the case for ‘the right to stay’. However, the political economy factors which are arguably premising the choices which appear possible for people, have less to do with climate change, and more with the logic of capitalist markets, and their perverse effects when unchecked. Simultaneously, the change this area has undergone in recent decades is inextricably intertwined with water management issues writ large, with devastating and likely immutable effects in Keti Bandar.

For both analytical purposes, and for public conversations, on relationships between climate change impacts and migration, it appears essential to both understand and name how climate change manifests and how this may intersect with (im)mobility. It also seems fundamental to avoid acquiescing to what de facto risks becoming a depoliticization of climate change impacts, as de-linked from questions of equality, social and political justice, and accountable government. Certainly, any measures aimed at addressing the impacts of climate change in places such as Keti Bandar will inevitably fall short if they do not also address the deeper political economic structures too.