The scholarly debate on the security implications of climate change has been highly animated over the past ten years. Although most agree that a powerful and general direct relationship is not likely, an overarching consensus on more subtle connections has not yet been reached. However, recent research directions suggest that scholars are now moving towards a more comprehensive understanding of potential indirect pathways linking climate variability and conflict risk. 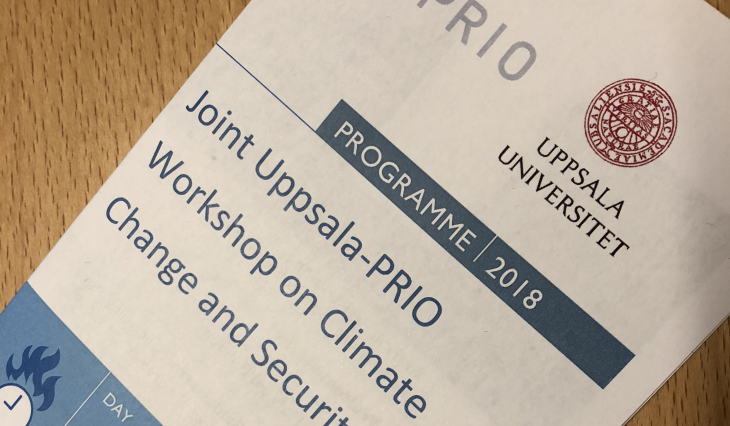 During the last week of September, I attended a two-day workshop on climate change and security at Uppsala University to discuss current and emerging trends in climate conflict research. The workshop, co-hosted by the Department of Peace and Conflict Research at Uppsala University and PRIO, involved a group of seventeen international academics and experts from various academic disciplines, such as political science, economics, human geography, and hydrology, who presented their ongoing projects and discussed the state of knowledge and promising ways forward. The workshop program also included a public lecture by Professor W. Neil Adger on sustainable urbanisation and migration processes.

The workshop benefited significantly from the diversity of backgrounds and experiences, creating incentives for brain-storming and foundations for cooperation among new constellations of researchers

The multidisciplinary and stimulating context allowed scholars to share their recent, and in many cases preliminary, findings and to discuss challenges they faced during the research process with the group. The workshop benefited significantly from the diversity of backgrounds and experiences, creating incentives for brain-storming and foundations for cooperation among new constellations of researchers.

Over the two days, our discussion revolved around a variety of historical and potential future causal pathways through which climate change might be indirectly associated with the occurrence of armed conflict. Most of the presentations set out to explore more detailed mechanisms and facilitating conditions linking climate variability and civil violence. This recurrent topic further made clear the need to provide a better scientific understanding of the extent to which conflicts might occur in the context of changing climatic conditions. Potential climate-sensitive drivers of conflict that were discussed included resource scarcity, food price shocks, and land-use disputes. During the workshop, these issues were conceptualised within new frameworks and perspectives, suggesting directions for future research. 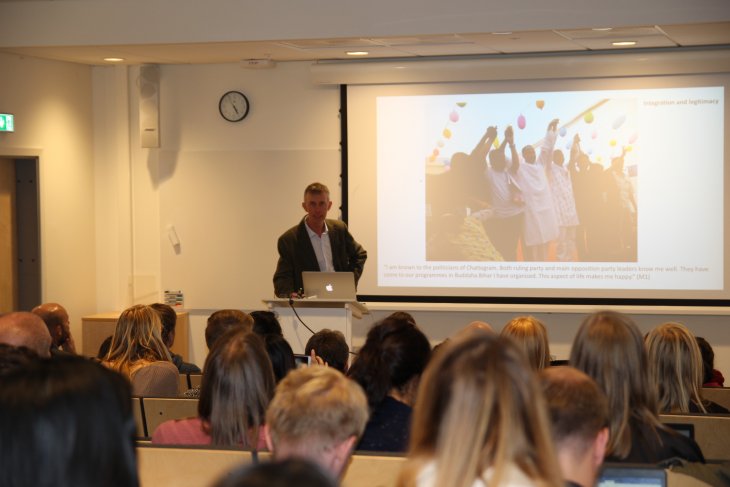 The workshop adopted an inclusive approach to climate change and security, which further included explorations of how extreme weather events and hydrological hazards might impact society. Several presentations demonstrated the promise of micro-level analysis of new survey data, which was applied to study the association between agricultural shock and rural conflicts as well as the perceived role of climate change in shaping migration.

The variety of disciplines and approaches the climate change and security discourse involved is a striking indicator of the complexity of such relationship. Climate change is not per se a driver of conflict. Indeed, we also discussed cases in which environmental change has resulted in positive water-related interactions, also in the form of water agreements, between states. The fact that climate variations might be more likely to trigger cooperation than violent conflict led us to engage to an inspiring analysis of the role played by international organisations, governments and both formal and informal local institutions in shaping the response to environmental issues.

Research on climate-conflict connections is increasingly paying attention to indirect mechanisms and contextual factors. A comprehensive understanding of these indirect pathways is crucial for both academics and policymakers; it allows identifying conditions and contexts associated with higher risks of climate-induced security threats, and it may also facilitate predicting with some degree of certainty which areas of the world are more likely to experience armed conflict in response to climate change.

A comprehensive understanding of these indirect pathways linking climate change and conflict allows identifying conditions and contexts associated with higher risks of climate-induced security threats, and it may also facilitate predicting with some degree of certainty which areas of the world are more likely to experience armed conflict in response to climate change

A crucial development towards this aim is the use of out-of-sample prediction for evaluating contributions of environmental conditions to conflict predictions and migration flows, such as in the ViEWS project at Uppsala University. Moving from estimating causal effects to evaluating whether climate-related events can offer early warning signals of instability will make climate-conflict research more useful for policy. It will be exciting to follow, and contribute to, this research in coming times! 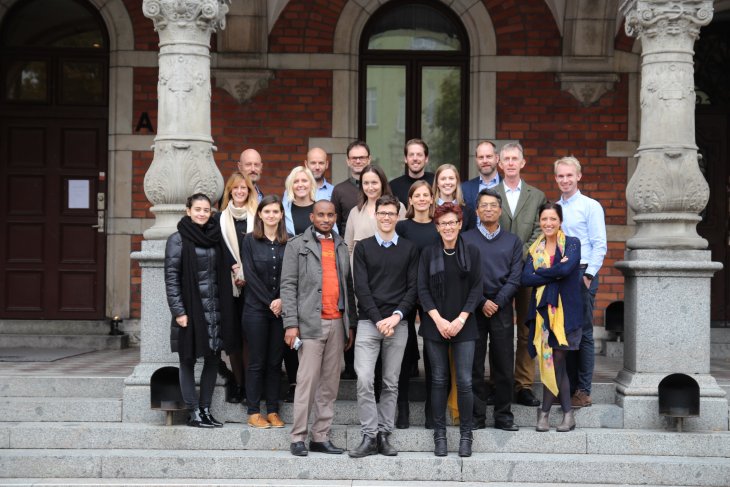