Presently, the 24th Convention of the Parties (COP) to the UN Framework Convention on Climate Change (UNFCCC) is occurring in Katowice, Poland and the negotiators are pressed to complete the negotiations on the implementation of the Paris Agreement. While fewer world leaders and substantially less fanfare is accompanying this meeting than the 2015 COP in Paris, success at this meeting is considered critical to setting a basis for the emission reductions needed to avoid the dangerous climate change. Underpinning these expectations is the new report from the Intergovernmental Panel on Climate Change (IPCC)’s Special Report ‘Global Warming of 1.5°C’. Added during the final stages of the Paris Agreement, the parties agreed to hold ‘the increase of global average temperature to well below 2°C above pre-industrial levels and to pursue efforts to limit the temperature increase to 1.5°C above pre-industrial levels, recognizing that this would significantly reduce the risks and impacts of climate change’. Importantly, this report suggests that attaining the the 1.5°C end-of-century temperature target will avert substantial damages for agricultural production, sea-level change, and catastrophic “tipping points” in the climate system. Further, while it will be challenging, there is still time – on the order of a decade – to set the world on a path to meet a 1.5°C temperature target. 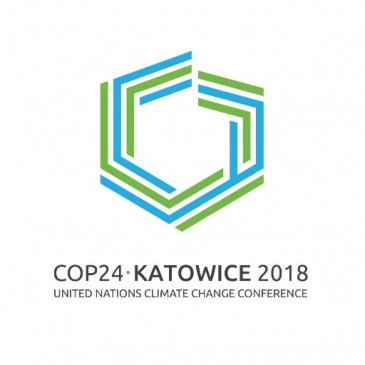 This new report is the clearest account yet of the potential damages in the absence of mitigation efforts. As in other reports, the review looks at climate change and violent conflict. Since the Fifth Assessment Report (AR5), there has been substantially more scholarship of the relationship between climate and conflict. Most of this work has emphasized that the early work that suggested a direct relationship between temperature (and other weather variables) has not held up under greater scrutiny. Rather, the relationships are indirect and conditional. In general, this understanding that climatic change does not initiate conflict, and it is highly dependent on the vulnerability of the exposed population, is reflected in this report. Despite embracing this nuanced view of how climate change may influence conflict, the report also includes older pieces that suggest a direct and unconditional relationship with temperature. These temperature relationships may appear to provide information for policy-makers about the benefits of meeting the more stringent temperature targets. However, it may instead overstate the role of climate policy in limiting conflict.

An alternative to focusing on whether or not there is a direct relationship between climate and conflict is to investigate how sustainable development pathways as outlined in the Sustainable Development Goals (SDGs) can help reduce conflict. In fact, this report explicitly recognizes that strengthening the global response to climate change must be achieved in the context of the SDGs and other efforts to eradicate poverty. While the direct links between climate and conflict are highly disputable, the links between conflict and development are well understood. Achieving many of these SDGs, such as food security, economic development, stable livelihoods and good governance, would reduce the incidence of conflict. A review of all these pathways would exceed the scope of the IPCC report; however, as conflict will certainly undermine climate policy, drawing policymakers’ attention to the links between the SDGs and conflict prevention would offer more actionable guidance.