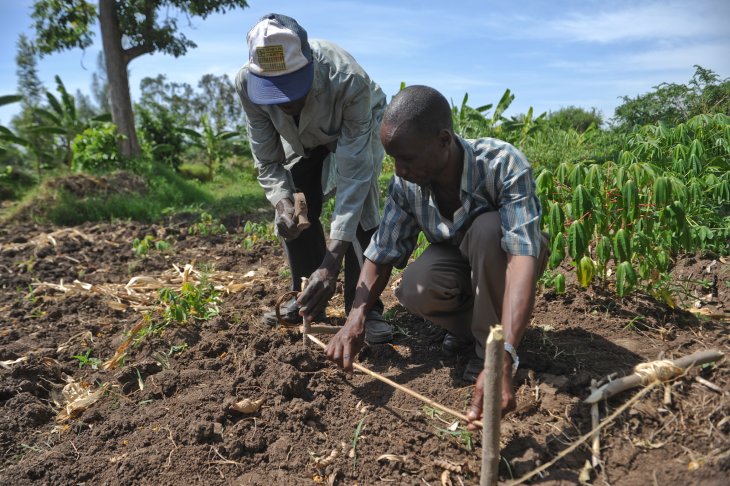 Climate change has the potential to increase violent conflict risk. This suggests the need for a specified subfield of peacebuilding research and practice to address this issue. Environmental peacebuilding is growing in prominence among scholars and practitioners, even though the debate as to how much climate change increases conflict risk is not yet settled. This notion of peacebuilding in an environmental/climate context deserves attention in what seems to be an uncertain future where appropriate collective climate mitigation action can seem to be tenuous at the best of times. Future research should aim to highlight how conflict risk in a climate context, can be reduced. Below I discuss one potential area of research and practice.

Climate change adaptation as a pathway to conflict mitigation is a potential avenue that arguably deserves future research. Climate adaptation, as defined by the United Nations (UN), includes the reduction of risk to human and natural systems, ensuring that all, from state to local communities, can cope with the negative impacts of climate change. Even though direct causal links between climate change and violent conflict have not yet seen widespread agreement in the research community, the potential for climate adaptation to contribute to conflict mitigation, seems logical. Although there is no empirical research to date testing this assumption, several papers have paid mention to the potential for climate adaptation to reduce conflict risk. Some mention the need for the development of drought and heat resistant crops to decrease the impact of a drying and warming climate on crop production, another study has given brief mention to increasing crop diversity and genetically modifying crops and another for increasing the use of irrigation and improving water storage.

This implies that there is merit in reducing negative climate impacts on afflicted communities – who are often poor, rural, sedentary farmers and pastoralists – in order to reduce conflict risk. However, the papers that address, or rather mention this potential are few in number, and as already stated above, there are no empirical analyses devoted to this. First then, is the need for guidance as to where such future research should head. In a recent review paper published in Sustainable Earth, my co-author, Peter Newman and I assessed the quantitative comparative climate conflict and climate adaptation literature, in order to understand how the concept of adaptation as conflict mitigation can be empirically tested in future research and thus hopefully implemented in policy and practice. This review paper set out to address two questions: what links and common areas of research exist between the climate conflict and climate adaptation literature and how these can inform the notion of climate adaptation as conflict prevention, and secondly, how can future quantitative comparative climate conflict research be improved. The review highlights a number of interesting results.

Rural agricultural communities (inclusive of both farming and pastoral communities) are the most vulnerable when it comes to an increase in conflict risk associated with climate change. It is also suggested that future studies should use higher resolution data focusing at the sub-national level and should highlight a specific group type theorized to be involved in conflict (rural agricultural communities). Having this focus should allow such research to better capture localized events and dynamics that can play into connecting climate change to conflict. Although this has been noted before, this focus is lacking in the climate-conflict literature, and by referring to the climate adaptation literature, it was demonstrated that collecting the above-mentioned data for rural agricultural groups specifically, can increase ones understanding of who will be involved in conflict, which can lead to better understanding where and when this conflict will occur too. This is described further below. 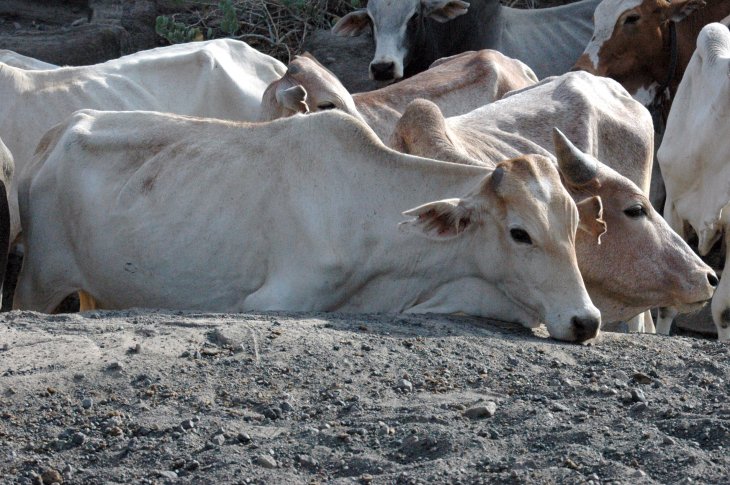 Emaciated cattle at Goraye in Ethiopia’s droughrt-stricken lowland Oromiya region. A devastating drought has left an estimated 737,000 Ethiopians struggling to survive without access to clean water. Beyond Ethiopia, the drought has spread out to affect more than 8.3 million people, including 1.2 million children aged under five, across the Horn of Africa. Photo: Andrew Heavens / Flickr / CC BY-NC-ND 2.0.

Vulnerability turned out to be the most important shared concept in the research. This is not likely to be surprising among researchers and practitioners. However, in this review it was argued that what is novel in this finding, is that adequately understanding the concept of vulnerability, informs both the above-mentioned aims. Vulnerability is understood through a number of descriptions of varied detail. We demonstrated that in both fields of literature the best understandings include the three components of exposure, sensitivity and adaptive capacity. That is because these three elements capture how an affected community is physically exposed to negative climatic changes (such as drought), to what degree such a community is sensitive to such physical impacts (high population density for example) and what affects their ability to adapt to, and reduce, the impact of these changes (structural challenges such as poor governance and a lack of infrastructure). While exposure and sensitivity account for the physical impacts of climate change, adaptive capacity refers to those variables which are more structural and those that prevent a community from managing the adverse impacts of climate change. Adaptive capacity therefore accounts for the factors which mediate the direct impacts of climate change in terms of increasing conflict risk.

While previous research often forecasts risk for the future based on the historical data used, these studies do not shed light on where and when conflict might occur. Therefore, we argue that future quantitative studies should test the above vulnerability model, and that, in conjunction with highlighting agricultural groups, it could allow future research to understand where and when conflict risk is most likely to increase. This part in the vulnerability model is not new. It has already been tested in a study by Ide and colleagues. However we argue for a new use, as evidenced from the empirical climate adaptation literature, where this model can simultaneously identify how and where adaptation initiatives can reduce this conflict risk. Hence the need for further empirical testing.

Thus, by using the outlined vulnerability model, it is argued that one could forecast conflict risk, and simultaneously, an understanding can be reached of how such conflict risk could be reduced through implementing adaptation initiatives.The study presented by Ide and colleagues, tested this model by contrasting the results against three qualitative case studies. Perhaps this model could be tested further by selecting for the same variables in the vulnerability model, but rather by using historical data. This would be adding to the body of climate-conflict research which seeks to find causal links between climate and conflict in the past, rather than spatially forecasting risk for the future. This could add strength to the model by falsifying the selection of variables and indicators suggested in the vulnerability model.

Another interesting find came when comparing policy recommendations in the two fields of research. Just as there is no simple and direct link between a changing climate and increased conflict risk, likewise from the adaptation literature, it is clear there is no simple path in responding to climate change with appropriate adaptation initiatives. And this review paper found that there are several shared policy recommendations in the literature such as ‘better governance’ and ‘broad economic development’. What is interesting here is that these policy recommendations are noted for their peacebuilding potential in the climate conflict literature and are noted in the climate adaptation literature to be important for increasing adaptive capacity. This could lend support to the conflict mitigation potential in climate adaptation. A recent publication on this blog by Christie Nicoson supports the peacebuilding potential in adaptation. She pointed to the possibility for climate adaptation to move vulnerable communities towards peace, by referred to a number of case studies, highlighting one in Rwanda (early warning and disaster preparedness systems). Ultimately highlighting the potential for adaptation to reduce resource stress, enhancing the capacity of communities to cope with negative climate impacts, thus highlighting how adaptation could be peace positive.

The above points too add support to the finding that adaptation initiatives should not simply focus on the direct impacts of climate change when aiming to reduce future conflict risk, but also direct focus to those factors which are seen to mediate the direct impacts of climate change, such as poverty and poor governance. While the findings outlined above need to be tested, this paper has arguably made some of the first steps in understanding how adaptation could reduce future conflict risk. And aside from this, policy makers have a significant role to play in assisting vulnerable communities in their attempts to adapt to future climate change, helping to ensure their sustainable development in an uncertain future.