There is no simple and unquestionable causal link between climate change and conflict. The Nobel Committee should take note of this. 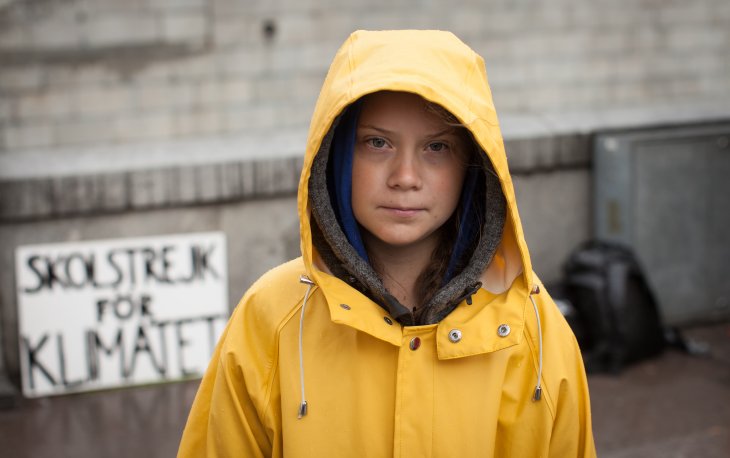 The Committee awarded the Nobel Peace Prize 2019 to Abiy Ahmed, the young and dynamic Ethiopian prime minister, for his efforts to make peace with Eritrea and for his political reforms. But immediately the question arose why the prize had not gone to the bookmakers’ favourite, Greta Thunberg. The Swedish teenager has put climate change forcefully onto the global political agenda, and according to Newsweek she was snubbed for the prize — by a country that has grown rich on oil and gas.

The IPCC’s recently published Climate Change and Land Report (p. 25) points out that exceeding the limits of adaptation may lead to forced migration and conflict, but that the confidence rating for this conclusion is ‘low’.

Suggestions of hidden motives or collusion are nullified by their inherent lack of logic. As early as 2007, the Nobel Committee cited the link between climate change and conflict when awarding the Peace Prize to the UN’s Intergovernmental Panel on Climate Change (IPCC) and Al Gore. In the past, both Wangari Maathai (2004) and Norman Borlaug (1970) have received “environmental” Peace Prizes.

The reasons given by the Nobel Committee when awarding these prizes received justifiable criticism for over-simplifying the links between environmental factors and peace. In the run-up to the announcement of this year’s prize winner, certain commentators, including this writer, pointed out that there is substantial agreement among researchers that a simple, direct and generally applicable causal link between climate change and conflict is not supported by evidence. Scientific consensus is a cornerstone of the IPCC’s work, but research into climate, the environment and conflict has produced diverging results.

What: Climate as a risk factor for armed conflict.

What: Climate change and the Syrian civil war revisited.

This uncertainty is reflected in recent IPCC reports. The IPCC’s Assessment Report for 2014 draws attention to the potential influence of climate change on the factors driving conflict. At the same time, the report emphasizes that research studies have reached different conclusions. The IPCC’s recently published Climate Change and Land Report (p. 25) points out that exceeding the limits of adaptation may lead to forced migration and conflict, but that the confidence rating for this conclusion is ‘low’. The IPCC’s Special Report on the impacts of global warming of 1.5°C (p. 245) refers to “inconsistent relationships” between climate change, migration and conflict. At the same time, the Report states that a rise in temperature of 2–4 degrees may increase the level of conflict.

We cannot exclude the possibility, however, that climate change may have an impact on specific conflicts, and the war in Syria is often put forward as an example.

There is certainly an expectation that climate change will become a more important risk factor, assuming current trends remain constant. This means that an increased capacity for adaptation will help reduce the risk of conflict. Perhaps the most important explanation for the scholarly disagreement lies in how the experts rank the drivers of violent conflict. Of a list of 16 potential drivers of armed conflict, climate change was ranked almost bottom, in 14th place. In the experts’ assessment, the most significant conflict drivers were clearly low socio-economic development, low capabilities of the state, intergroup inequality, and a recent history of violent conflict.

We cannot exclude the possibility, however, that climate change may have an impact on specific conflicts, and the war in Syria is often put forward as an example. A 2017 article in the journal Political Geography concluded that north-east Syria experienced an unprecedented period of drought in 2007–8. The article documents, however, that the drought was of limited geographical extent, that migration from the affected areas was significantly less than what is often claimed, and that privatization and rising prices of fuel and fertilizers were just as important in driving migration as was the drought. In addition, migrants from the drought-affected areas did not have any kind of prominent role during the Arab Spring. These findings put the whole chain of evidence into question.

Peace researchers require knowledge about what causes war in order to develop theories about effective conflict prevention. The causes are primarily political and economic. At the same time, it should be important for everyone who is concerned about the credibility of the IPCC that the assessment of research into climate and conflict complies with the same rigorous IPCC standard. What we need now is a better understanding of complex and indirect causal links. Here there is a need for knowledge that will keep peace researchers busy far into the future.

Henrik Urdal is Director of the Peace Research Institute Oslo.