Bookshelves are getting heavy from dire portrayals of a hotter future with more conflict. Two of today’s most high-profile conflict cases – Darfur and the war theatre in Syria – have been strongly connected to environmental change, at least judging from media sources and pundits. While over a dozen studies have conducted statistical analyses on the relationship between environmental change and the onset of new civil wars, reviews have found little signs of convergence for civil conflict onset.

The outbreak of civil wars – rebels fighting the government forces of a state – is not only of academic interest. Constituting today’s most lethal form of conflict, policymakers and the humanitarian community are eager to learn about the potential for climate change to trigger new conflicts, not least since civil wars are argued to be ‘development in reverse’ and therefore very likely to further increase vulnerability to environmental change. What, then, are plausible reasons for this lack of convergence, and what should be the prioritizations for future research? 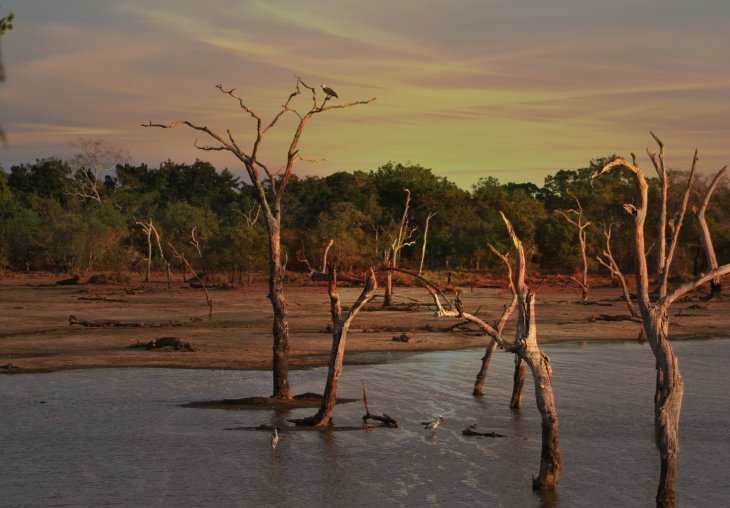 One, purely statistical reason for the lack of convergence, is that the number of outbreaks of wars in most-likely settings are so few that statistical tests failing to detect an effect need not mean it is absent. While this can be the case in some studies, other studies have found an association, yet overall there is no consensus across studies. Second, it could reflect no general effect and that statistical investigations are not only inappropriate due to data and modelling constraints, but also for philosophical reasons as assumptions of a general connection underappreciate human agency. Although very different in character, both of these explanations would imply that currently statistical investigations are of low feasibility.

There are other potential explanations for the absence of a robust climate-conflict link, however. First, the statistical data that studies normally apply are often too coarse. For instance, few studies have been able to statistically test the popular contention that environmentally-driven migration triggers new conflicts, due to a paucity of data on migration at the appropriate analytical level (though see here and here). Second, theoretical models may be over-specified, and therefore very hard to test, leading statistical analyses to operationalize and test theories in a too coarse manner. Finally, a general connection could exist, but the mechanisms and scope conditions are poorly understood, reflecting underspecification.

Indirect and conditional relationships
These three latter reasons for nonconvergence could be more effectively addressed if we turned from testing very general and direct connections between environmental change and civil conflict outbreak, into investing more in understanding possible (as well as eventually less plausible) intermediate mechanisms linking environmental change to civil war. With statistical studies in the environment-conflict tradition often having a weak spot on theory, there should be a strong case for investigating intermediate mechanisms.

A deeper understanding of mechanisms can also be useful for other purposes over and above making the writing of quantitatively inclined scholars’ theory sections easier. Understanding mechanisms also helps understanding scope conditions. Failing to precisely delineate scope-conditions for a mechanism can yield contradictory results for statistical studies of the same hypothesis. For example, a positive correlation between above-normal rainfall and violence can be explained by wetter years resulting in better agro-climatic conditions, which favour attacks. Others interpret the same correlation as capturing flood and destruction.

While both explanations are plausible, they imply very different explanatory models of violence: whereas the former argues for an opportunistic theory of more violence under better conditions, the latter points to deprivation or desperation. They can therefore hardly be at play at the same time. A deeper understanding of mechanisms is likely to help here as well, since understanding to which population a case or a set of cases might be generalizable (i.e. scope conditions) rests on a clear understanding of mechanisms. Third, not knowing the scope conditions of a mechanism increases the risk that we collect data outside where the mechanisms operate. Conversely, having a better grasp of the mechanisms at hand helps point us to what kind of data to collect. 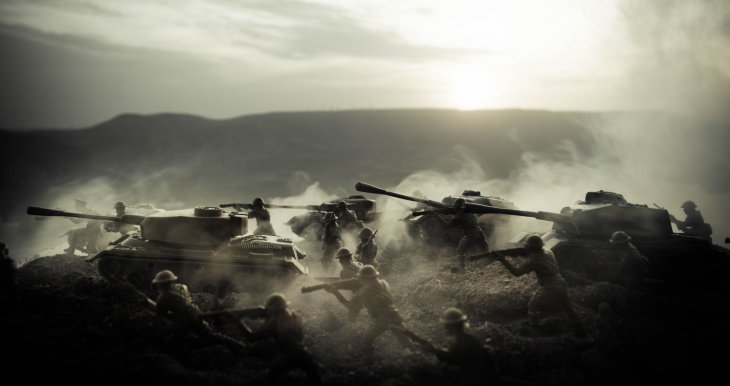 Focusing more on mechanisms rather than the possible connection between the ultimate cause (climate change) and the ultimate outcome (war onset) would imply less headline-winning research, but could have additional benefits in terms of policy and transferability. For policymakers, it is for example of utmost importance of understanding to what extent (i) drought-induced food availability decline causes hunger – in itself a quite contested claim – and (ii) whether hunger causes unrest. Even if there had been agreement on a direct correlation between food availability decline and conflict, policymakers would still need to understand these two separate parts of the causal chain, as they would entail different policies. Without a precise understanding of these mechanisms, policymakers are left wanting. Furthermore, it is easier to argue for the transferability of a less complex phenomenon such as popular dissatisfaction from flood destruction to how natural disasters under a new climate will impact regime legitimacy, compared to the much longer chain linking environmental shocks to civil conflict now and what this can tell us about the likely future risk of climate change induced civil conflicts.

Focusing more on mechanisms rather than the possible connection between the ultimate cause (climate change) and the ultimate outcome (war onset) would imply less headline-winning research, but could have additional benefits in terms of policy and transferability

A case for process-tracing
The ways of going about investigating mechanisms are manifold, and what is deemed best partly depends on the individual researcher’s view of science. In my view, it is important not to be catholic about which approach is the best, but given the large number of statistical investigations failing to converge on a link between environmental change and civil conflict onset, the time is ripe for more high-quality case study research – both quantitative and qualitative. In particular, process-tracing case studies which are well-suited for investigating mechanisms and, therefore also, determining the scope conditions for those mechanisms could be valuable.

Furthermore, the debate over climate change’s possible role in Syria echoes common weaknesses in popular accounts over climate change and conflict in specific cases which properly conducted process-tracing case studies can help resolve: an unfortunate combination of loose accounts and negative degrees of freedom whereby suggesting any factor’s potential role in contributing to a conflict is often irrefutable, but absent detailed elaboration on mechanisms, environmental factors tend to be over-emphasized.

In dryland environments such as Darfur and Syria – a favourite context for climate-conflict arguments, this problem is accentuated by that arid areas often have extreme interannual variability in precipitation. If a study suggests, without further substantiation, a link between a drought some years ago and a conflict outbreak today, we should be cautious since drylands are likely to see harsh droughts every decade or so. Undoubtedly having negative consequences for livelihoods and therefore likely to be part of any ‘larger picture’ of conflict processes, a narrative connecting a drought occurring during the past ten or fifteen years to a subsequent conflict outbreak – absent proper elaboration on mechanisms – risks over-emphasizing the role of drought relative to other factors. Since such claims are made over one case, the relative importance of drought to other causes can logically not be solved by comparison – due to the so-called degrees of freedom problem. Hence, explicating the causal mechanisms as detailed as possible is crucial.

One thing is to point out the need for high quality case studies. Another is conducting them. Proper process-tracing studies in civil war scholarship in general and on environmental change and conflict in particular are relatively rare. Why is this so? First, there are practical, ethical, safety, and cost-based considerations that discourage the kind of fieldwork that is often necessary to conduct proper process tracing in low-information environments. Interviewing (ex-)combatants is different than interviewing MPs. Moreover, in civil war contexts one often has to wait quite a long time after the conflict broke out (and likely also after it has ended), reducing access to vital information. Additionally, a fully fleshed out case study may be difficult to cram into conventional article word limits. Finally, a correlational design might be easier when a quantitative tradition has been established.

The fact that we are yet to see convergence on any general mechanism connecting civil conflict outbreak with environmental decline, does not imply that there will be no such convergence in the future. After all, some types of climate-conflict mechanisms – typically the incidence of less intense violence – has seen some convergence. Neither does my account above call for only conducting process-tracing case studies in the time to come. What is necessary, however, is to engage in more genuine triangulation between researchers with case expertise and researchers normally conducting large-n research.

Thank you for this.

Could you provide good references on process tracing with applications to conflict?

Apologies if they are already there in your article. I did not click through all of the links.

Thanks for your interest in this. For a general read on process-tracing applied to civil conflict, I would recommend Jason Lyall (ref below). If you consider conducting a PT of civil conflict, I would also suggest contacting Jeffrey Checkel who has taught a course on civil war and qualitative methods at PRIO on repeated occassions. There are unfortunately rather few in the climate-conflict field. I have tried to dig into the Darfur case, but even for the Arab-Fur war of 1987-89 that according to police records led to more than 3,000 deaths there is very little written that allows to trace what happened (Harir 1994). One that is worth reading disregarding one’s stand on the issue is the one by Selby et al. (2017) plus the responses all in Political Geography last year. I think there are two points worth noting that I could have pointed out more clearly in the post: (i) process tracing can only take you so far as you have theory that tells you how the theorized process should look like. Hence, in a field where theoretical mechanisms are vague, a process tracing study will have to make assumptions and choices as it goes along and it will therefore also be vulnerable to criticism for not following theory; (ii) in-depth studies that allows one to trace the chain of escalation or parts of it are often found in fields other than political science and economics and these are also often not labelled ‘climate conflicts’ or ‘drought and conflict’ or the like even though a nonzero claim about such factors’ contribution sometimes is made. Such studies can therefore easily go missed by the climate-conflict readership. One example that engages explicitly with the climate conflict debate is Benjaminsen et al. (2012), although I think calling this a process-tracing study as such is a stretch since it is up front not sufficiently explicit about the theory’s implications to be traced (to their defense: a process tracing as such was not their ambition either).

If you send me an email, I can send you the documents referenced below.