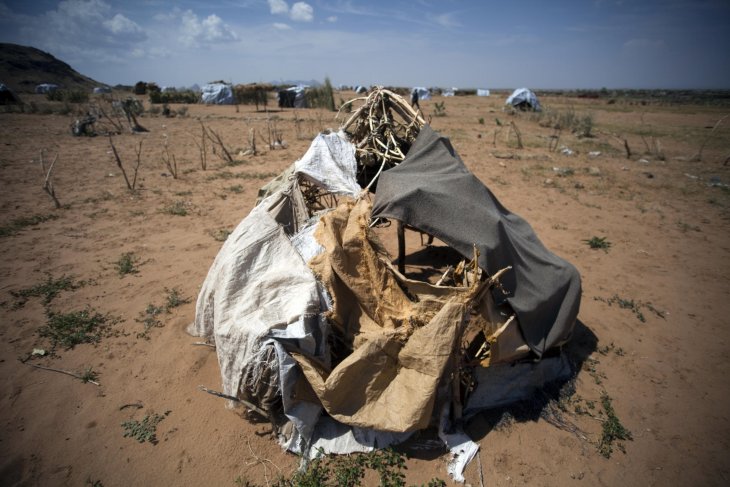 New Internally Displaced People who run away from Fanga and Taraba to settle down in Tawilla, near UNAMID compound. Photo: Albert Gonzalez Farran / Flickr / CC BY-NC-ND 2.0.

Does global warming really increase armed conflict? Recently, a new study joined a wave of research (e.g., here and here) that seeks to illustrate the effects of climate change on political violence. The most recent study, published in the journal Global Environmental Change and conducted by Guy J. Abel and colleagues, demonstrates that climate change increases migration, purportedly by increasing the likelihood of conflict.

Mainstream media outlets picked up the findings, issuing news stories with startling headlines such as “Pentagon Fears Confirmed.” These stories surely generated clicks, given the public’s interest in climate change and climate change denial. However, the collective research findings of numerous scholars who have studied this topic suggest that such claims may be vastly overstated.

Challenges in Modeling the Climate-Conflict Nexus

The article by Abel and colleagues analyzes three separate equations: how rainfall and other environmental factors affect conflict frequency; how these “environmental conflicts” affect refugee status; and how different issues affect the number of refugees. The underlying assumption is that rainfall affects refugee flows only through its effect on warfare.

One problem with using rainfall in this context is the fact that the effects of rainfall on conflict are often imperceptible or even positive, meaning that often warfare intensifies with more – not less – precipitation, as several researchers have found. In the Abel and colleagues’ study, although conflict was found to affect refugee flows in each of the six time periods analyzed, rainfall only had a noticeable effect in three (and in two of those periods, this effect was barely significant). Additionally, rainfall’s effects are geographically concentrated and depend on local infrastructure. Zooming out to the country level can mask these important issues. Moreover, countries can transport food assistance across regions or receive external support, limiting the relevance of rainfall to the likelihood of conflict over scarce resources and the resulting refugee flows at the country level.

There are also several reasons why increased rainfall can lead to higher numbers of refugees. Assuming that conflict is only affected by rainfall in the model without clearly illustrating it can make it difficult to identify the most pertinent relationships. There are tests for the severity of this problem, but they are tricky to integrate into the kind of framework employed by Abel et al. A broader limitation is that studies on these topics (not only Abel et al.’s) rarely assess their findings in “out-of-sample” contexts. Researchers can address these issues by testing if their results hold in data that were not used to generate their statistical models, and by exploring how well climatic factors actually forecast conflict. In other words, the average climate-conflict study has little to say about the external validity of the relationships identified, or their impact in the real world.

As scholars (facing peer review), we often prefer to stick to conventional approaches. But by emphasizing findings’ validity in out-of-sample situations and prediction, we can paint a more complete picture of the factors that influence conflict. 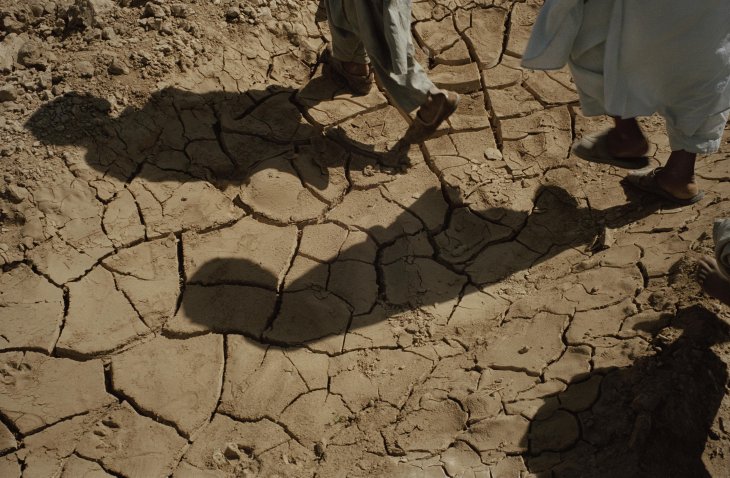 Although researchers have not yet reached broad consensus on the effects of climate on conflict, as the IPCC concludes its most recent report, scholars have reached agreement in some areas. Points of consensus include:

Overall, our efforts to understand the effects of climate change on political violence are paying off. We might see other areas of consensus emerge, especially where scholars work to identify specific pathways that can lead conflict rather than broad explanations.

Meanwhile, more humility is needed. The conclusions of even the best studies are probability-based, not absolute. Allowing media outlets to make strong claims based on findings that are not truly established in the study is not only irresponsible, but also unethical. These claims can lead to bad policies that hurt rather than help people at risk of conflict and the effects of climate change.

Ore Koren is an Assistant Professor in the Department of Political Science, Indiana University, Bloomington.

This blog was originally posted on Political Violence @ A Glance on February 4, 2019. You can find the original via this link.

[…] Institute Oslo (PRIO) and elsewhere has shown, the link between climate change and conflict is not clear-cut. There is still much to research when it comes to the cause and effect, and what possible outcomes […]

I think the assumptions about conflict and climate change need to be analyzed much further. Although climate change is occurring everywhere, one climate factor cannot indicate conflict globally. The effects are too localized to rely on one measure. Scientists need to analyze conflict regionally and locally to truly get an idea of how climate change is affecting conflict. Perhaps the relationship is not as strong as we imagine it to be, or perhaps it’s even more pervasive than we thought.