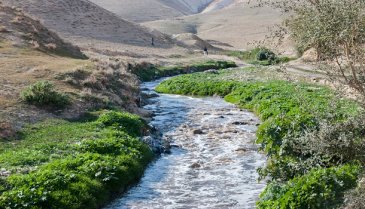 Sharing the waters of the Jordan river (pictured) was a critical part of the success of the Oslo Peace Accords between Israel and Jordan in 1994. Photo: Creative Commons.

Mediation – the process of helping groups in, or at risk of, armed conflict settle their differences peacefully – rarely gets the attention it deserves given how much bloodshed it has averted. In the twenty years following 1988, most of the world’s major armed conflicts were resolved by agreement, leading to a decline in both the number of wars being fought and the number of people killed in them.

But since 2008, as David Harland of the Centre for Humanitarian Dialogue (HD) argues, mediators have faced new headwinds. These include an increasingly multipolar world with complicated great-power interests, more internationalised civil wars and popular uprisings supercharged by social media. Over the past decade, there has been an increase in new conflicts and a simultaneous decline in successful agreements to end old wars.

Meanwhile, the context in which mediators operate is evolving. Climate change is steadily redrawing the map of the world – shifting where rain falls and altering the extent of deserts and seas. It is one of several global megatrends, along with population growth, technological change and rapid urbanisation, that are shaping and reshaping relations between and within countries.

The ways in which climate change could be a ‘threat multiplier’ to international peace and security has been the subject of numerous reports (see, for example, “A New Climate for Peace”, produced for the G7 in 2015) and half a dozen UN Security Council debates. The prognosis is worrying: projections for shrinking fresh-water supplies, the degradation of agricultural land and large-scale movements of people under even moderate climate change scenarios suggest that disputes over natural resources will be more frequent in future. Whether they like it or not, mediators will find themselves increasingly attempting to resolve conflicts where climate change has played some role in contributing to the outbreak of violence.

In 2019, the issue of climate change was included for the first time on the agenda of the Oslo Forum, an annual retreat for mediators organised by HD and the Norwegian Ministry of Foreign Affairs. Mediators discussed how they could work to ensure that solutions to climate-related issues are addressed in peace negotiations and that their mediated agreements are sustainable in light of climate change. Building on the discussions and presentations during that session, here are four ways in which mediators can work with climate change.

Look ahead in a (climate) changing world

The first suggestion is straightforward: invest time and energy in understanding where climate-related conflicts might emerge. In countries ranging from Mali to Somalia, drought, desertification and other environmental stresses are already exacerbating existing tensions caused by unfair resource distribution and poor governance. In Nigeria, for example, land degradation is pushing cattle herders southwards into areas traditionally occupied by farming communities, triggering widespread communal violence over who gets to use critical grazing resources. In 2018, the resulting violence led to the deaths of more than 1,300 people in a six-month period. This is more than the number killed by armed insurgent groups such as Boko Haram during the same period.

Climate change is most likely to trigger violence in places where people are vulnerable to the impacts of climate change (such as those relying on precarious rain-fed agriculture); where local and national mechanisms for managing disputes are weak or non-existent; and where there is a history of ethnic, political or cultural tension. These factors, often overlapping, are already apparent in a number of areas: across much of the Sahel and the Horn of Africa, as well as in Afghanistan and parts of Pakistan, India and Central Asia. The international community can find objective ways to track how the risk of climate-related shocks is evolving in each location, then predict, to some degree, where violence may occur, and make a case for investing in preventive peacebuilding in those places.

Bring together the technical and the political

The second suggestion is to ensure that mediators can call on the right technical expertise to understand the underlying environmental and resource issues that may be exacerbating a conflict. Mediators tend to focus on tricky political questions of process design: when to start, whom to include, how to manage the discussions, where to hold the mediation and so on. Meanwhile, technical experts, who may better understand the biophysical dynamics underlying a dispute, tend to shy away from involvement in the messy political enterprise of encouraging talks between parties in conflict. Bringing technical expertise on the core resource issues into the mediation can ensure that the political process is informed by the facts on the ground.

The 1994 Wadi Araba Accords between Israel and Jordan were built on this kind of pragmatic foundation. Article 2 of the Accords deals extensively with water-sharing between the countries. It allows Israel to pump an additional 20 million cubic metres of water from the Yarmouk River in winter, in return for the same amount of water being pumped by Jordan from the Jordan River during summer. This agreement reflects the different needs of each country for water at particular times of the year. While not perfect, it was based on an understanding of the underlying resources at play in the conflict between the two countries, which helped the mediators to propose creative solutions.

Climate change reminds us that the world in which we operate does not stand still. The third suggestion is to craft agreements that have sufficient room for manoeuvre to ensure that they remain viable even as the climate shifts. Mediators need to anticipate the changing world in which the agreements will have to function.

The Wadi Araba Accords, for example, included commitments from both countries to help each other deal with droughts, invest in desalination infrastructures and work through a Joint Water Committee to resolve disputes. However, the fact that the Accords stipulated the exchange of fixed volumes of water and that there was no provision for how water shortages would be dealt with (it was left to the Joint Water Committee to decide) caused tensions when an exceptional drought in 1999 reduced the overall amounts available.

In that case, bilateral water talks temporarily broke down before a compromise was eventually reached; but the experience was instructive as to how the Accords, and ones like those, could come under significant strain if they do not foresee and prepare how climate change is altering the boundaries that helped to shape the original agreement.

Capitalise on opportunities for peacebuilding and adaptation

The final suggestion is that mediators can actively help protagonists look for ways in which co-operation over environmental challenges (such as climate change) or shared resources (such as transboundary water) can support peacebuilding and reconciliation between divided communities. Tackling these shared natural resources and common environmental challenges inherently requires a degree of collaboration. This can provide a mechanism for people to work together, even when the political dialogue is not working.

Mediators can also take into account the ways in which communities have to adapt to the growing impacts of climate change. For example, if a peace agreement sets up a process on land reform, that process might benefit from taking into account the related effects of desertification and land restoration. Likewise, confidence-building measures can be designed around the shared need to improve agricultural techniques, spread new technologies such as water-efficient irrigation and improve data collection – interventions that can support both peacebuilding and adaptation.

Mediators are experts in the politics of compromise. By bringing an understanding of the implications of climate change into their work, they may be able to find new and creative ways to craft peace agreements that work now and in the future.

Oli Brown is Associate Fellow at Chatham House and a frequent writer on the links between environmental change, development challenges, and violent conflict.

This blog post was originally posted on Centre for Humanitarian Dialogue on July, 8, 2019. You can find the original via this link.