Last fall I spent two months in Poitiers, France as a visiting researcher at Migrinter. The last time I lived in France before that was in 2008, just when the financial crisis fully hit. A lot has changed since then, some of it directly or indirectly linked to the financial crisis.

High unemployment rates; several terror attacks carried out by ISIS (sympathizers); the growth of the opposition party Front National, which still at the time of writing has a real chance to enter a government position in this year’s elections. 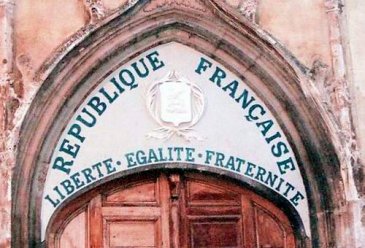 In this landscape, it is said that the primaries leading up to the presidential election in France have to a great extent circled around ‘identity’. And indeed, the ever so strong égalité, liberté, fraternité are a repeated mantra written in bold letters on public buildings, from town halls to schools and other institutions. They were also repeated references in the one-year commemorations of the November 2015 terror attacks in Stade de France, and in the Bataclan theatre and restaurants and bars nearby, killing 130 people.Similar to what was the case after the July 2011 attacks in Norway, references to ‘values’ have also been common in the French response to terror attacks. President François Hollande’s words on the day of the Charlie Hebdo attacks in January 2015, provides an example:

‘France has always defeated its enemies when it has known precisely to stand united around its values. That is what I invite you to do. Gathering, the gathering of everyone, in all its forms, that is what should be our response.’

A sense of unity seems to be particularly important in the immediate aftermath of terror attacks, as they make tangible the need for society to pull in the same direction. To do so, societal values such as equality and freedom serve as good reminders of ‘who we are’. However, also taking into account ‘who we were’ and ‘who we want to be’ brings to the fore the dynamic character of ‘us’ and of ‘our values’, and how they have evolved, and will continue to evolve – ‘prior to’, ‘alongside’, and ‘regardless of’ current patterns of ethnic, religious and political diversity.