The spreading “Oxfam scandal” will affect the entire humanitarian sector painfully. It brings into plain sight what observers of the internal workings of NGOs have known for a long time: NGOs have an organisational reflex of banning outsiders from their kitchen, and keeping their potentially dangerous secrets hidden. 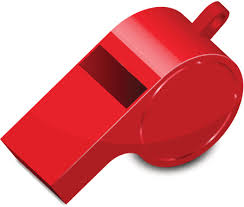 Abuses of power are common in any situation where vulnerable people depend on powerful service providers. But the key question that still haunts this sector is how organisations should deal with the rotten apples – the abusers of power. Even though Oxfam has taken earlier abuses and misconduct seriously, the organisation has acted alone and resorted to internal measures in dealing with the problem.

What matters is how organisations respond to such incidents

The case of the Oxfam country director hosting sex parties in the staff house in Haiti after the 2010 earthquake – perhaps it is only the tip of a rapidly expanding iceberg.

What matters is how organisations respond to such incidents. Have trespassers been sanctioned, and was the harm done redressed? Were the disciplinary procedures transparent, and have efforts been made to avoid the repetition of these events?