The Norwegian Sociological Association’s Lifetime Achievement Award 2018 goes to a researcher whose exceptional career has had a significant impact on international social research. The reasons for the jury’s decision appear below. 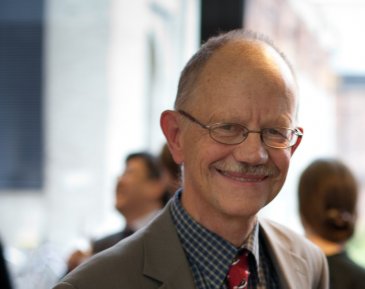 For this year’s recipient of the Lifetime Achievement Award, there is a link between the circumstances of his birth and his field of research. Nils Petter Gleditsch was born in London during a major interstate conflict, the Second World War. On 26 February 1979, an editorial in the Norwegian newspaper Aftenposten commented that this year’s recipient of the Lifetime Achievement Award was ’a political propagandist’ against whom readers should be on their guard. ’The serious researcher disappears into the fog’, complained Aftenposten, which warned against the ‘scientific’ method of which Gleditsch had become an exponent. Gleditsch had recently revealed the presence of US-funded signals intelligence stations in Norway, an act that brought him a fine and a suspended prison sentence.

Nils Petter Gleditsch graduated from the University of Oslo with the degree of magister artium in 1968. His main subject was sociology, with minors in philosophy and economics. Previously, he had spent a year at the University of Michigan, where he took courses in sociology, social psychology and international relations. Nils Petter would never be appointed to a position at a Norwegian university today. Such positions attract huge numbers of applicants, and applications from candidates lacking doctoral degrees are cast aside long before the remaining applications are subjected to expert evaluation. No PhD? Indeed not. In fact, he organized a campaign against the doctorate – a protest against a degree that served as an academic ‘last will’ rather than as training for a research career.
He was politically active as a student, on the left wing. On the very day the Berlin Wall was erected in 1961, he was expelled from the German Democratic Republic. He became the object of close and, according to the Lund Commission, completely unwarranted attention from the security police. He was a central figure in the Norwegian peace movement and in 1966 became chairman of the Norwegian Students’ Association.

When he graduated in 1968, Nils Petter had already been associated with the Peace Research Institute Oslo (PRIO) for four years. Since then – apart from some interruptions, such as a university fellowship in sociology – he has been at PRIO as researcher, director, research group leader, and not least as the longstanding editor of Journal of Peace Research. For many years he was also associated with the Department of Sociology and Political Science at NTNU in Trondheim.

Nils Petter Gleditsch has already received many awards for his research, including the Möbius Prize (the Research Council of Norway’s award for outstanding research), the Lewis F Richardson Lifetime Achievement Award, and, recently, the Peace Science Society’s Founders’ Medal. He is a member of the Norwegian Academy of Science and Letters. In addition, he has held many positions within his own field of research, including President of the International Studies Association.

An internationally-oriented researcher will become familiar with international network of airlines and airports as a result of travelling to conferences and seminars. For Nils Petter, the causality may be reversed. His thesis for his mag.art. degree in sociology dealt with the international airline network as an expression of social stratification and international power structures. His research led to a series of articles that were published in sociological journals.

If we follow his publications over the years, we find a long list of topics: economic consequences of war and rearmament, freedom of information, Norway’s Common Market referendum in 1972, articles about research methods and data, and so on. A common feature of all these topics is that they were extremely relevant at the time, and often ran counter to the powers that be.

Following the end of the Cold War, we see the emergence of two academic areas of concentration: One is the relationship, at different levels, between democratic institutions and conflict, ‘the democratic peace’. Democratic countries do not go to war with each other. But why not? The debate has moved towards the conclusion that it is simply because war does not pay. This concept of a liberal peace draws not only on democratic institutions, but also on international trade and strong international organizations. How does the 1960s opponent of both the EEC and NATO respond to new empirical data? Here, the research results shape the policy and not the other way around.

The second focus area is the relationship between limited natural resources and conflict, including the question of how climate change will alter the conflict picture. In this area, the political debate has run ahead of the research findings, because the scholarly knowledge base is still sparse. Nils Petter and his many colleagues in this area have given us a tentative conclusion: uncertainty about the social effects of climate change is far greater than the uncertainty about the effects on nature. Although climate change will have major consequences for human society, there is little reason to believe that war and violent conflicts will increase in number or severity. These have now become burning questions for all of us, but Nils Petter has been working on them for many years.

The relevance of his research contribution is obvious.

Nonetheless, his most important contribution to the field of peace and conflict research may be said to have been his editorship of Journal of Peace Research. As editor he has brought other researchers to prominence and has honed scholarly debates to make them better and more relevant than would otherwise have been the case. It is striking that the most-cited articles by many very well-known researchers appear in this journal. The same can also be said about his role as supervisor and mentor for younger researchers from many different areas of social science. He has been the most important architect of the strong peace and conflict research environment that now exists in Norway, and that without doubt is a notable force in Norwegian social research.

In other words, this year’s prize winner has created and flourished within a multi- and cross-disciplinary environment: peace and conflict research. Not all sociologists today would consider the study of international relations of crucial relevance for their own research. What could they learn from Nils Petter Gleditsch, the peace researcher?

To conclude, the sociologist Nils Petter Gleditsch has had an exceptional career with a clear footprint in international social science. He satisfies one of the two criteria for the Lifetime Achievement Award. The second criterion is more problematic. Little of his life has been spent at the heart of sociology. It is worth noting that at the time Nils Petter was educated, the field was a net exporter of talent. (Parenthetically we can ask: why is this no longer the case?) Nils Petter followed the same path as several of his contemporary sociologists: they found their niches in cross-disciplinary fields of research or related disciplines.

An insight from the sociology of science is that the operational criteria for belonging to a particular discipline vary across time and space. According to at least one definition of sociology, neither the recipient nor the judges of this year’s prize are ’real’ sociologists. Another possible definition emphasizes one’s primary academic socialization, and can be expressed by paraphrasing an American expression: ‘You can take the boy out of sociology, but you can’t take sociology out of the boy.’
We congratulate Nils Petter Gleditsch for winning the Norwegian Sociological Association’s Lifetime Achievement Award for 2018!

About the Lifetime Achievement Award

The Lifetime Achievement Award Committee is appointed by the Executive Committee of the Norwegian Sociological Association and consists of Cathrine Holst and Torkild Hovde Lyngstad.