Forty years ago, President Jimmy Carter orchestrated peace between Israel and Egypt; yet the conflict between Israel and Palestinians is further than ever from a solution. Those outcomes are closely linked. There are lessons for President Donald Trump to learn from Carter’s experience, if he is attentive. 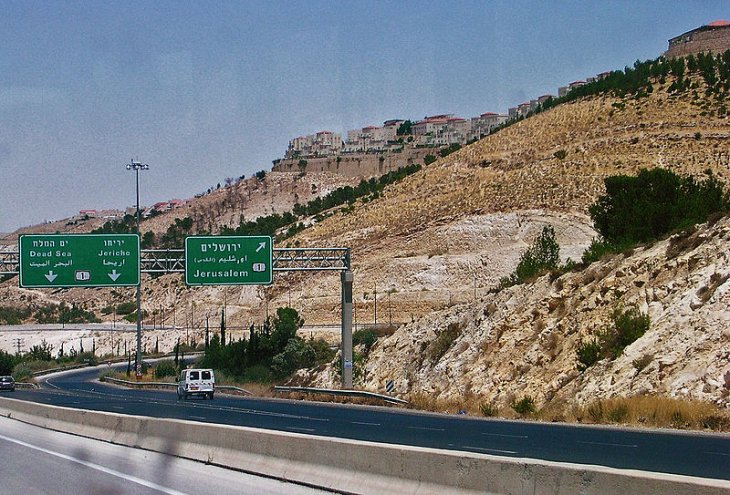 An unprecedented breakthrough
While we wait with bated breath for Trump to release his peace plan, it’s worth thinking about how much work goes into a peace agreement. Carter spent more time working with conflict in the Middle East than any other president; there are therefore valuable lessons to be learned from his work.

Egypt, Israel, and American political leaders were sequestered at Camp David for thirteen days in September 1978. The atmosphere was so tense that Egyptian President Anwar Sadat and Israeli Prime Minister Menachem Begin couldn’t even be in the same room together. Instead, the Americans wrote a document which they gave to the Israelis, who commented on it, which the Americans then edited and gave to the Egyptians, received comments from them, and so forth. This process continued for 23 rounds. When the breakthrough finally came, an exhausted President Carter presented the Camp David Accords on 17 September 1978.

After another seven months of hard negotiations, the Egypt-Israel Peace Treaty was signed. It was one of the biggest achievements in modern diplomatic history. Through tireless work, Carter had managed to get two archenemies to sign a peace agreement that stipulated full Israeli withdrawal from occupied Egyptian territories, and mutual recognition between the states.

Netanyahu was laughing all the way to the embassy when Trump gave Jerusalem to Israel without asking for anything in return.

The disappearing Palestinians
In my book ‘Arab-Israeli Diplomacy Under Carter’ I show that Carter was the first American president who understood that Palestinians played a direct roll in the Arab-Israeli conflict. He talked about a Palestinian ‘homeland’ and tried to open direct communications with the PLO. He pointed out that Israeli settlements were illegal and demanded full Israeli withdrawal from all the occupied areas.

It’s strange, then, how absent Palestinians are in the agreement Carter helped forge. Going through the Camp David documents, I could observe how after every round the Palestinian standpoint became weaker and weaker, until it was devoid of meaning. Themes like a Palestinian right to self-determination, Israeli withdrawal, Jerusalem, and refugees were removed from the text. The key to understanding why the Palestinians became so disenfranchised is to be found in the strength behind the parties’ positions.
Palestinians were not included in the negotiations, despite Carter’s wishes. Sadat was only interested in Egyptian peace with Israel, and an alliance with the United States, and he was unwilling to risk Egypt’s ambitions for Palestinian right. The combined absence of Palestinian representation and lack of Egyptian interest meant that there was no political force behind the Palestinian claims.

When the Nobel Peace Prize was awarded in 1978, Carter wrote in his diary: ‘Sadat deserved it; Begin did not.’

Carter wanted a “comprehensive peace”, and he was willing to put hundreds of hours into working with the conflict, and as a result he achieved a level of competence that no other American president can claim. But a strong will, knowledge, and hard work are not enough. When Begin refused to budge Carter, rather than pressure the Israeli prime minister, backed down. He didn’t want to put direct political pressure on Israel. Begin and Carter had intense arguments, but without any real pressure Begin knew the fights lacked actual consequences.

Israel shored up its position with significant power. Begin was crystal clear that he would not talk to the PLO, that Israel would not withdraw from the West Bank and Gaza, and that Israel would continue to build settlements. Begin got his way because he refused to give an inch, and he was willing to torpedo the entire peace process if he had to make any concessions on the West Bank. Begin used all the tricks in the book, and then some. He purposely deceived Carter, he threatened to withdraw at the very last moment and he launched provocative political projects to undermine the Palestinian aspects of Carter’s diplomacy. For Begin there were only two alternatives: peace on Israel’s terms, or no peace at all.

When the Nobel Peace Prize was awarded in 1978, Carter wrote in his diary: ‘Sadat deserved it; Begin did not.’

Peace with Egypt was possible because it suited Israel’s interests; peace with Palestinians was extremely difficult because Israel perceived it as a threat.

Studying Carter’s diplomacy yields both cautionary tales and words of wisdom. Trump would do well to learn from both. The positive results are clear: Carter managed to establish peace between Israel and Egypt. Being a successful peace broker means working tirelessly and diligently toward a specific goal. Both the president and the secretary of state must be willing to dedicate large chunks of their time to understand and engage in the conflict. A short trip to the region once in a blue moon won’t do it. The extraordinary amount of work Carter put in was what made Camp David possible.

But Carter was never able to bring peace to the Palestinians. Here the historical sources show a clear discrepancy between what Carter said he wanted to achieve, versus what he was willing to do to achieve it. He said that settlements were illegal but accepted that their expansion would continue. He wanted Palestinians to be included in the talks but neglected to talk with them. The inconsistency of the American position created an opportunity which Israel exploited as much as possible. Peace with Egypt was possible because it suited Israel’s interests; peace with Palestinians was extremely difficult because Israel perceived it as a threat.

Begin knew he could push the boundaries without risking anything. He described Carter as a ‘cream puff’ after their first meeting. Netanyahu could easily say the same of Trump. He was laughing all the way to the embassy when Trump gave Jerusalem to Israel without asking for anything in return. That kind of ‘diplomacy’ doesn’t increase the possibility for peace – it just weakens the United States’ credibility.

A version of this text originally appeared on NRK Ytring. You can read it in Norwegian by clicking here.