On 25 October, the UN Security Council held its yearly meeting on women, peace and security. It has been 18 years since the Security Council adopted resolution 1325, which called on the UN and the international community to include women and their rights and interests in work toward peace and security. The resolution also urged the international community to increase efforts to fight against the use of sexual violence in conflict. How much has been accomplished since 1325 was adopted? 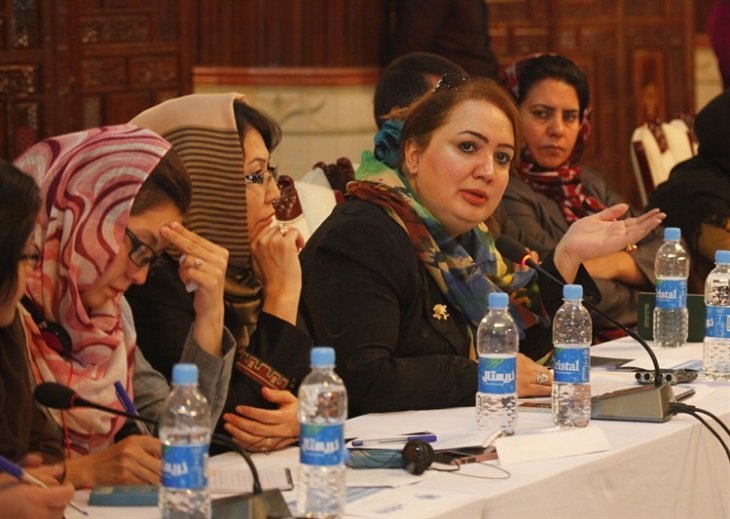 A discussion during Open Days on Women, Peace and Security in Kabul, Afghanistan (Photo: UNAMA, Flickr CC BY).​

Our normative understandings have changed significantly over the last 18 years. The way we understand and define security has shifted. The same is true of conflict prevention, management, and peace building. This normative shift has also had an impact on the attention paid to women’s participation and the advancement of women’s rights in peace and security. Seven follow-up resolutions to resolution 1325 have been adopted, each with even more precise and binding language than the original. Women, peace and security (WPS) has become its own agenda, with ever-growing support.

The accomplishments are numerous. The UN has developed guidelines and protocols for implementing the agenda. A Special Representative on Sexual Violence in Conflict has been appointed, and sexual violence in conflict has been defined as a war crime in international law. The WPS agenda is also an integral part of the UN Sustainability Goals (see also the Women, Peace and Security Index).

The attitude in Norway has been that labels aren’t necessary; ‘We just do it’.

Increasing numbers of UN member states are going beyond simply adopting national plans for the implementation of the WPS agenda – countries have started highlighting gender equality and women’s participation as a central feature of their foreign policy. Sweden, for example, has received attention for its feminist foreign policy, which is so progressive that in 2015 Foreign Policy magazine listed Margot Wallström, Minister for Foreign Affairs, as one of the world’s 100 leading Global Thinkers. Countries like Australia, Canada, and New Zealand have also adopted policies – especially in the field of development cooperation – with feminist labels. Norway has focused on WPS in foreign policy, without explicitly defining it as ‘feminist’. In practice though it’s at least as feminist or ‘female-friendly’ as Sweden’s when it comes to normative, political and financial investments and priorities. The attitude in Norway has been that labels aren’t necessary; ‘We just do it’. 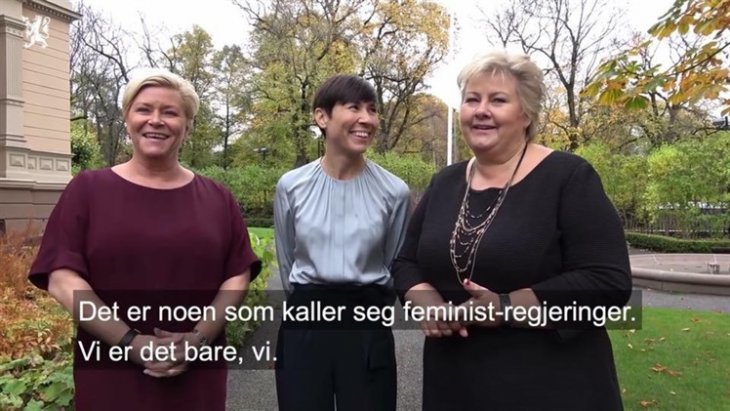 ‘Some governments describe themselves as feminist. We just are one.’ A photo from a presentation given by Ine Eriksen Søreide, Minister of Foreign Affairs.

When women participate actively and meaningfully in peace processes, the likelihood increases that a peace agreement will be reached.

Whether or not it’s called feminist, there seems to be a growing push for governments to adopt women-friendly foreign policies. Women are more visible in forming and implementing foreign policy that strengthens women’s rights globally. And that change isn’t only happening in the West. Yesterday Sahle-Work Zewde was elected to be president of Ethiopia – the first woman to hold that position. That was just a week after Ethiopian Prime Minister Abiy Ahmed appointed a cabinet with half the posts filled by women. Those appointments included the Ministry of Defence, and the newly established Ministry of Peace. Rwanda also recently gender-balanced its cabinet with 50% women.

To a certain extent the WPS agenda has become an arena for competition, which can be seen in the campaigns for a position on the Security Council for the 2021-2022 period. Norway is up against Canada and Ireland for one of the non-permanent seats. All three countries weight the WPS agenda heavily in their campaigns, but so far it seems like Canada has pulled ahead with the visibility of its various initiatives.

During the period 1990-2017, women made up only 2% of peace mediators, 8% of negotiators, and only 5% of those who witnessed or signed agreements in all major peace processes.

From theory to practice

Much has been accomplished normatively on WPS, but there’s still a long way to go to implement this agenda in practice. Particularly in conflict zones. In a recent report on WPS, UN Secretary-General António Guterres underlined existing challenges. Women and girls are still subject to sexual violence in war and conflict. Women are still marginalized in peace processes and negotiations. As Guterres pointed out, during the period 1990-2017, women made up only 2% of peace mediators, 8% of negotiators, and only 5% of those who witnessed or signed agreements in all major peace processes. Women’s low participation in peace processes, both formal and informal, is a stumbling block to long-term peace and sustainable development. An emerging body of research shows that when women participate actively and meaningfully in peace processes, the likelihood increases that a peace agreement will be reached. Not only that, but the agreement will have more legitimacy amongst the population, and the peace lasts longer (Krause et al., 2018). The women, peace and security agenda is not simply about justice for women – it’s about the possibility of achieving effective, long-lasting peace.

UN Women (2018) Women’s Meaningful Participation in Negotiating Peace and the Implementation of Peace Agreements, Report of the Expert Group Meeting.

National Action Plans for the Implementation of UNSCR 1325 on Women, Peace and Security.

A version of this post originally appeared in Norwegian on the Norwegian Atlantic Committee website. You can read it by clicking here.