Dan Smith, Director of SIPRI, has published a very informative and thoughtful blog on the apparently imminent breakdown of the INF Treaty. Following up with a week-old second thoughts, I can share this article (adapted from the Order from Chaos, published by the Brookings). 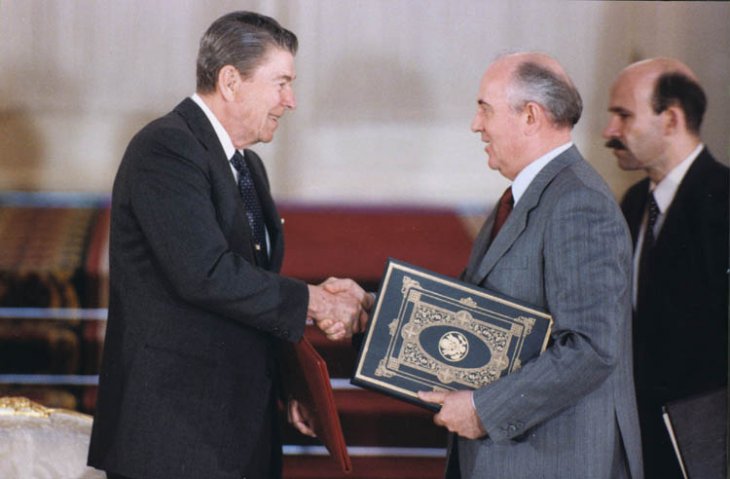 The discussion of the pending U.S. withdrawal from the Intermediate-Range Nuclear Forces (INF) Treaty (1987) has fast progressed from the over-dramatized first reactions to even more frantic second-thoughts. Since the political decision has not yet been finalized in a formal notice to Russia, it is essential to sustain sober expert attention on the consequences of the move—which, to be clear, would break down a key pillar of the arms control system. The plea for a proper evaluation of these consequences comes loud and clear from Europe, which is going to find itself on the receiving end of Russian responses. Washington’s argument that Russian violations of the treaty—which bans testing and deployment of ground-based missiles—prompted the U.S. decision on withdrawal is solid, but Russia will still respond and perhaps pro-actively. Moscow has good reasons to assume that while it is ready to lift this ban with the treaty’s demise, the United States and NATO are not.

The Kremlin sought to provoke the Trump administration—known for its eagerness to break international agreements—into rushing the unilateral withdrawal. It has achieved just that, but is hardly in a position to harvest any political dividends.

The no small matter of timing

Even those experts who believe that the INF Treaty is not beyond rescue, like Steven Pifer, would admit that it cannot be modified to include new weapon systems and fails to address the problem of China’s build-up of its nuclear arsenal. The incentive for Washington to get rid of this Reagan-Gorbachev-era achievement turning into a relic has been gradually maturing into an imperative. The question was about how and when to make the move. It is disappointing, at the very least, that President Trump announced the move at a political rally in Nevada—signifying his tough stance on Russia and thus downplaying the issue of possible Russian election interference.

The Russian leadership has wanted to scrap the INF Treaty for a long time, but President Putin has been reluctant to take the blame for such misbehavior. Instead, the Kremlin sought to provoke the Trump administration—known for its eagerness to break international agreements—into rushing the unilateral withdrawal. It has achieved just that, but is hardly in a position to harvest any political dividends. For once, Russia’s reputation has sunk so low that no attempt to present itself as an innocent victim of U.S. pressure can convince even sincere believers in dialogue. For another, the INF Treaty codifies Russia’s status as a nuclear superpower on par with the United States, and no amount of brandishing of “wonder-missiles” can repair the damage to this much-valued distinction.

The Trump administration appeared to ignore European concerns. This could turn out to be a mistake, damaging the credibility of U.S. leadership for years to come.

Seeking to cut short the predictable indignation in Moscow, President Trump dispatched National Security Adviser John Bolton to the Russian capital, and this visit has produced a remarkable shift in Russian rhetoric. Already after the first five-hour meeting with his counterpart, Secretary of the Russian Security Council Nikolai Patrushev, the tone of Russian official commentary became neutrally positive with the emphasis on a constructive exchange of views and trust-building. Further meetings with Foreign Minister Sergei Lavrov and Defense Minister Sergei Shoigu produced no mutual recriminations, and the 90-minute audience with President Vladimir Putin involved only a little bit of sarcasm. Apparently, Bolton’s suggestion for a short Trump-Putin meeting in Paris next month at the commemoration of the end of World War I to be followed by Putin’s visit to Washington DC is so attractive to the Kremlin that the propaganda mourning for the carefully torpedoed treaty has been called off. Putin now promises that new Russian missiles would be deployed only in response to the arrival of US missiles to Europe, and these missiles are as yet in the early stages of research and development.

European frustrations are justified and relevant

What could have made Trump’s withdrawal from the INF Treaty into a powerful message for both Russia and China would be mobilizing of allies, both in NATO and in Asia. Instead, as in many cases from the Paris climate accord to the nuclear deal with Iran, the Trump administration appeared to ignore European concerns. This could turn out to be a mistake, damaging the credibility of U.S. leadership for years to come.

Instead of strengthening the case for upping Europe’s efforts at deterring Russia’s military pressure, breaking down the INF Treaty only increases the European opposition to Trump’s policies.

Europeans were certainly aware of the crisis around the INF Treaty, even if neither the Obama nor the Trump administration bothered to build a convincing case for proving Russian non-compliance and indeed to discuss a post-INF posture. The common stance of the key European states (to the degree they are able to take one) was to turn this crisis into an opportunity to put greater pressure on Russia in order to curtail its nuclear ambitions. Presently, only the British government has rushed to support Trump’s declaration, while Germany leads the EU’s ambivalent opposition to the announced withdrawal. Moscow may be entirely unwilling to return to compliance, but the Europeans are convinced that Washington made no serious effort at forceful bargaining. They know that John Bolton, who is chosen as the key negotiator, condemns arms control as an undesirable constraint. The argument about counter-balancing the expanding Chinese capabilities may carry weight in American debates, but for the European politicians and opinion-makers it means merely that their security is sacrificed for the sake of U.S. strategy in the Asia-Pacific theater.

Instead of strengthening the case for upping Europe’s efforts at deterring Russia’s military pressure, breaking down the INF Treaty only increases the European opposition to Trump’s policies. It gives new impetus to the hardworking but ill-conceived campaign for abolishing nuclear weapons. It also plays into the hands of those who want to transform dialogue with Russia into accommodation and appeasement.

Too late, or perhaps not?

Bolton has impressed upon his Russian counterparts that the INF Treaty decision was made and would be duly formalized in a matter of weeks. This doesn’t mean, however, that it is too late to launch a powerful drive towards modifying the old ban to new strategic realities.

It is clear that China cannot be incentivized to join this agreement, but its framework can perhaps be adjusted to cover only the wider European security system. A new multilateral NATO-Russia or U.S.-U.K.-France-Russia format can be proposed, and new weapon systems (including the mind-boggling nuclear-propelled cruise missiles Putin advertised last March) can be included. U.S. research and development projects and financial plans related to missile programs generate no immediate need to get rid of the ban on intermediate-range weapons, and the political desire to scrap it can still be turned into a useful momentum for re-inventing arms control.