Hungary is in the international spotlight again. On 12 September 2018, the European Parliament voted in favor of the Sargentini report – named after the author, the Dutch MEP Judith Sargentini– with a two-thirds majority. The report called for the activation of Article 7 (1) of the Treaty on European Union which can lead to the suspension of a member state’s voting rights as a punitive measure. The report condemned the illiberal developments that have taken place in Hungary over the last eight years. Sargentini found that the regime of Hungarian Prime Minister Viktor Orbán presents a “systemic threat” to the European Union’s democratic values. Article 7 has also been triggered against Poland, but by the European Commission, not the European Parliament, in order to defend the independence of the judiciary. The Sargentini report lists 12 areas of concern: the functioning of the electoral system, the independence of the judiciary, corruption, privacy, freedom of expression, academic freedom, freedom of religion and association, the right to equal treatment, minority rights, refugees’ rights, and economic and social rights. 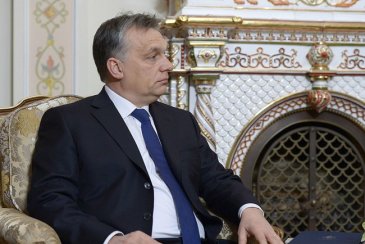 Who says what and why

Hungary has been firmly ruled by Viktor Orbán’s Fidesz party since 2010. Eight years in power was enough to deeply influence the social structure of the country: the centralization of political power, the expansion of his extensive patronage network, and the development of an Eurosceptic, anti-immigration and illiberal political agenda became the cornerstones of his rule. While the international media had extensively covered the possible outcomes and the background of the decision on the Sargentini report, less has been said about how the local media in Hungary has framed the report.

The pro-government media did not hesitate to react to the Sargentini report: A national level “information campaign” was set in motion just six days after the report.

But first, before delving into that, it is useful to have a crash course on the contemporary Hungarian media landscape: In 2015, 31 of the media sources were owned by government related individuals and companies. The EU’s The Committee on Civil Liberties, Justice and Home Affairs (LIBE) has already raised the alarm in its 2016 report, writing:“Orbán pursued a new media policy, which systematically transformed the weak, but diverse media landscape into one in which most media owners and other economic actors were linked to political power.” Putting it mildly, things haven’t really changed: As of 2018 there are approximately 500 media sources controlled either directly or indirectly by the governing Fidesz party, including printed media, billboards, radio, television, and websites. That is not to say that there are no platforms for the opposition, but the scale, resources, and outreach of those platforms are incomparable to the Fidesz media machine. The pro-government media did not hesitate to react to the Sargentini report: A national level “information campaign” was set in motion just six days after the report. Convincing citizens is a costly endeavor; this campaign costs approximately 18 million euros.

To better understand how the Fidesz government frames the national level discourse on the Sargentini report, I coded 91 articles from the three main Hungarian news sites that are owned by government-related entities (888.hu, magyaridok.hu, origo.hu) during the period 10 September to 5 October 2018. The results are staggering: The most frequent themes that were linked to the report were “migration” and “Soros”. Recall that the report listed 12 concerns and the right of migrants, asylum seekers, and refugees were only one of them. The sites have dismissed the Sargentini report on three grounds: procedural, normative, and personal.

The normative framing of the report reveals the fundamental “othering” process of the government.

Watch and learn: how to make them believe

Procedural problems were emphasized to justify the appeal of the government to the European Court of Justice. The report has been framed as being simply “invalid” and having “violated the Treaty of Lisbon” because the two-thirds majority was achieved by ignoring votes in abstention. The report was approved with 448 votes in favor, 197 against and 48 abstentions. To pass, the report required the backing of an absolute majority of MEPs, at least 376 votes, and had to secure a two-thirds majority. Abstentions were regarded as “no” votes. Time is tricky: Fidesz didn’t seem to have a problem with vote counting during the 2016 migration quota referendum when turnout was so low that results were in fact invalid. Orbán simply disregarded this and amended the constitution.

The normative framing of the report reveals the fundamental “othering” process of the government. Since 2010, Hungary has been locked in constant battle: migrants, refugees, the UN, the EU, and the 88 year old George Soros are all portrayed as enemies of the Hungarian people. The Sargentini report fits very well into this frame. The media echoes Fidesz representatives and describes the report to be a “purely politically motivated attack” against the country. It is a “witch hunt” which is based on “lies” and “factual misrepresentations”. It “violates the sovereignty” of Hungary, as it is solely based on the EU’s “hatred” of Hungary’s migration policy. The EU is “blackmailing” the country in order to enable migrants to enter Hungary. The report is therefore nothing more than “petty revenge”.

Orbán seeks to chair a new, far-right bloc after the 2019 EP elections together with vocal anti-immigrant politicians such as Italian Interior Minister Matteo Salvini and the Polish politician Jaroslaw Kaczynski.

Personal attacks against Sargentini and European Parliament members who voted in favor of the resolution were constantly recurring themes. One source (888.hu) referred to the report as the “Soros-Sargentini report” in 67% of its articles. Judith Sargentini has been accused of being a “Soros-mercenary” and someone who simply “hates Hungary”, and seeks to “flood the country with migrants”. Other MEPs who stood behind the report were frequently accused of being “guilty of treason” and described as “pro-immigration, left-wing slaves” of the European Union.

The democratic backsliding of a small Eastern-European country is not happening in a vacuum. Hungary is a member of the European Union. The report is unlikely to result in real sanctions as it would need the approval of the EU’s 28 member states and Poland would block it. Orbán is well aware of this. As such, it provides an additional impetus for the government to portray the EU as the enemy of the Hungarian people and thus further strengthen the Fidesz government. But keep that in mind: Orbán has long-term plans. Currently, Fidesz is a member of the center-right European People’s Party (EPP), but many moderates would love to see him leave the party. No problem: Orbán is welcomed in other, far-right circles. In fact, he seeks to chair a new, far-right bloc after the 2019 EP elections together with vocal anti-immigrant politicians such as Italian Interior Minister Matteo Salvini and the Polish politician Jaroslaw Kaczynski. Forming a pan-European right-wing movement ahead of the 2019 EP poll is a possibility. What that united front might be able to achieve is questionable. But the 12 points of the Sargentini report will continue to shape Hungary regardless of the Fidesz-constructed parallel reality.

For more information on the method, sampling, and coding procedure contact the author: julpal@prio.org