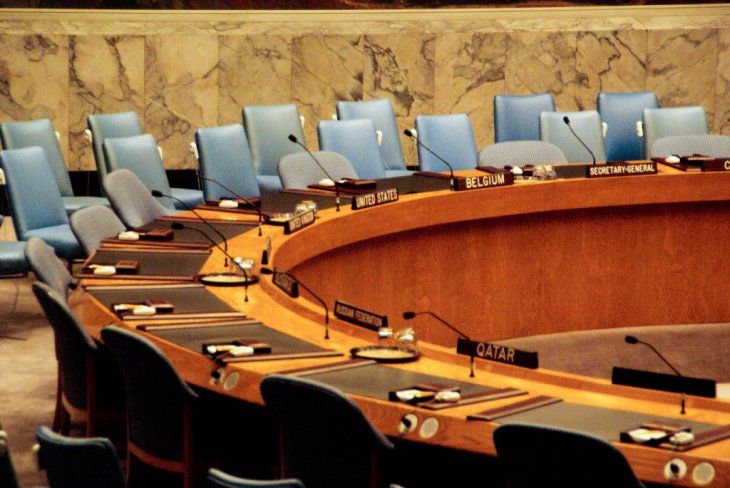 “In 2020, the United Nations, Members States, regional organizations and civil society will mark the 20th anniversary of resolution 1325 (2000). The lead up to this milestone and the anniversary itself, provide important opportunities to highlight and appraise progress and revise strategies…” (S/2018/900, 2018).

An upcoming event which sets the tone for this year’s Security Council Open Debate on Women, Peace, and Security is the quickly approaching 20th anniversary of Resolution 1325, the first resolution on Women, Peace, and Security. Unfortunately, the UN will be able to report little progress on women’s inclusion in peace agreement negotiation and implementation. The Secretary General’s report is refreshingly frank in its description of the problem—“chilling reading” as observed by the Swedish Foreign Minister in her Open Debate statement on October 25th. Moving forward, the Secretary General has noted an important role for systematic research and names the Kroc Institute’s Barometer Initiative in Colombia as an example.

This post by Louise Olsson (PRIO) and Madhav Joshi (Kroc Institute) originally appeared on the Political Violence at a Glance blog. You can read it by clicking here.

In fact, results from the Barometer Initiative—a mechanism for technical verification and monitoring of the implementation of the accord as called for in the Colombian Final Agreement (Section 6.3.2, page 223)—demonstrates that the implementation of stipulations focusing on women’s inclusion, security, and rights (i.e,. gender provisions/stipulations) require special attention. As argued by the UN Secretary General:

The Colombian Final Agreement is in many respects a model agreement—with 130 out of 578 stipulations recognizing gender differences—and has provided key insights into how to strengthen the negotiation phase.

Our project also provides potential explanations for the meager success of implementation efforts thus far. First, translating stipulations into law—and then advancing implementation at the national and community levels—requires resources and capacity building. Low levels of capacity might be even more profound for implementing gender stipulations, and policy often highlights the need for capacity building—for example, training or expert functions—in order for institutions to effectively improve gender equality.

The third possible explanation, also discussed in research, underlines the role of power and hierarchies. Peace agreement implementation is a dynamic process that mobilizes social, economic, and political actors at the national, regional, and community levels. Women’s organizations and actors pushing for gender equality often start from a weaker power-base; in fact, resistance to gender stipulations in the peace agreement in Colombia became evident as early as 2016 in the political debate leading up to the referendum.

In sum, a dismal implementation outcome would affect not only national but also global debates in the process leading up to the 20th anniversary. But the opposite is also true. Strengthened efforts to realize the gender stipulations of the Peace Agreement can help set new standards for future peace processes elsewhere. As Resolution 1325 turns 20, Colombia could present a shining example of a state working productively—alongside civil society actors—to secure a more equal peace. As concluded by the Secretary General: “We face a true test of our commitments in the lead up to 2020” (S/2018/900,2018).