The Middle East is set to become the major test for China as a global power. The region is characterized by war, political tensions and economic stagnation. China is ramping up its role, not least with its Belt and Road Initiative. What do the Chinese think about the challenges in the Middle East? And is there a unique Chinese method for dealing with these challenges? 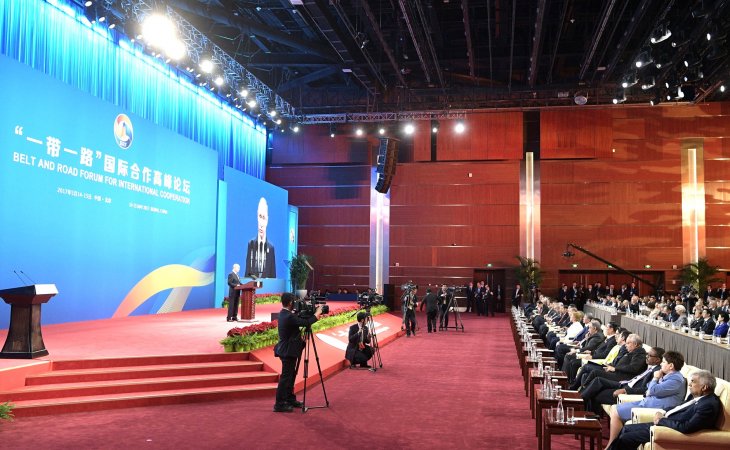 Great expectations are attached to China as a global power. China also has great expectations of itself. The world’s most populous state, however, is expending its energy primarily on securing internal stability, welfare and development, and this focus also determines its foreign policy priorities. The declining will of the United States to take global responsibility has triggered very mixed feelings in Beijing, but the prevailing view is that there is really has no other choice than to step up its global involvement. The Middle East is no exception.

But the Middle East is a challenging region. The list of the world’s most serious wars is dominated by conflicts in Syria, Yemen and Iraq (as well as Afghanistan, which can be seen as part of the so-called “wider Middle East”). Old alliances have come undone. Authoritarian leaders are consolidating their grip. The major social and political tensions that prompted widespread protests in 2011 are by no means resolved.

According to conventional wisdom, the Chinese are welcomed abroad because they don’t get involved in politics.

China’s Belt and Road Initiative – often referred to as the new Silk Road – is President Xi’s grand prestige project. The Belt & Road concept is elastic; it has become something of a catchphrase used to describe large parts of China’s activities overseas. The project’s main ambition is to link China and Europe through massive development of land-based and maritime infrastructure. Roads, railways and pipelines will cross the Middle East. The project is also supposed to contribute to local economic development, but is in danger of becoming a target for rebel groups or of falling victim to rivalries between political actors.

China’s role in the Middle East is already significant, although to not all that visible. Well over half of China’s oil imports come from the region. China has been clever in balancing its interests. For example, the country is a major importer of oil from both Iran and Saudi Arabia, and exports military technology to both countries. In Iraq, China does business both with the regime in Baghdad and with the government of the autonomous region of Iraqi Kurdistan.

According to conventional wisdom, the Chinese are welcomed abroad because they don’t get involved in politics, and because they don’t impose demands about human rights, freedom of expression, or democracy. In recent years, however, we have seen an increasing willingness by China to become involved in political processes, for example in Afghanistan, Libya, Sudan and South Sudan. In the negotiations that led to the Iran nuclear deal in 2015, China made an important contribution though its direct contact with the Iranian leaders. In all these processes, China has kept its ambitions at a moderate level and has maintained a relatively low profile. Even so, this engagement represents an important shift.

Traditionally, China’s global engagement has been primarily economic – all about access to raw materials and trade. The new Silk Road can be seen as an extension of this approach.

The Belt and Road Initiative is already encountering difficulties. As armed conflicts and political instability persist, the question arises whether a more proactive China will succeed in balancing contradictory interests. The conflict between Iran and Saudi Arabia, for example, is escalating continually, and may put China’s strategy of balancing different interests to the test. Another challenge is that more and more countries are seeing the Chinese approach – with investments funded by large loans – as a recipe for dependency, as we have seen recently in Malaysia and Myanmar.

Traditionally, China’s global engagement has been primarily economic – all about access to raw materials and trade. The new Silk Road can be seen as an extension of this approach. But extensive construction activity, as well as major investments in physical infrastructure, also brings vulnerability. In Beijing, difficult discussions about how Chinese interests can be protected in the world’s most unstable areas, are being forced onto the agenda. The issue is not only to what extent, or how, to react politically. Ultimately, the discussion is also about the use of military means.

Military force may have several areas of application. Firstly, there is the matter of protecting Chinese citizens. The construction projects are heavily dependent on Chinese labour, and can become targets for rebel groups, as we have seen in Pakistan, among other places. Infrastructure projects may also be vulnerable to sabotage, and will require secure access for operation and maintenance. Ultimately, there is also the question to what extent China is becoming more willing to use military force to achieve overarching political objectives outside its national borders, something China has been very restrained about till now.

The future relationship between the world’s great powers is, in large part, shaped by their actions in the world’s most conflict-ridden region.

It can be enlightening to look at trends in the Chinese use of military force. One interesting feature is China’s increasing participation in peacekeeping operations, a very important element in the United Nations’ toolbox, and one for which resources have otherwise become more and more difficult to find. China has also shown interest in boosting other countries’ military capacity by providing training and equipment, not unlike the role Western countries have played in Afghanistan, Iraq and other places. In addition, we see the emergence of private-sector security actors that are being contracted by Chinese companies operating overseas. With this expanded palette, China has a greater range of options.

In Beijing, many people are worried both about the great expectations of what China can achieve, as well as about the risks of increasing China’s presence in the Middle East. There is a debate, but it is by no means clear what direction China will take. The history of US involvement in the region is not encouraging. Perhaps China has greater patience. Perhaps China will have a greater tolerance for uncertainty. But the Chinese do not entertain any illusions that they possess a bundle of instruments that will allow them to perform miracles in a region where many others have tried and failed.

Regardless, the position that China will gradually take up in the Middle East will be very important for development in the region. It will also have significance far beyond the region. The future relationship between the world’s great powers is, in large part, shaped by their actions in the world’s most conflict-ridden region.

Perhaps we will be able to draw further conclusions by keeping track of the situation in Syria in the months to come. In reality, Assad is the military victor, and it is very unlikely that any kind of inclusive peace agreement will be reached in Syria. As a result, Western countries will be very reluctant to get involved, and this will create room for other actors. Syria is strategically important geographically, and the country has significant reserves of oil and gas. At the same time, it is a challenging situation, with many parties and poor prospects for stability in the short term. How will China position itself here?