This week the spotlight is on Sweden and UN Special Envoy Martin Griffiths: On Wednesday representatives of the Yemeni government and Houthi rebels arrived in Stockholm to find solutions to what the UN described as the ‘worst [humanitarian] crisis in the world’.

The Saudi Arabia-led nine-member coalition has been at war with the Yemeni Houthis since March 2015. The coalition’s aim is to restore the rule of the internationally recognized president of Yemen, Abdrabbuh Mansour Hadi and to halt the Iranian support for the Houthis, whose existence and extent has been put under scrutiny. Both the UN’s Human Rights Council and the Human Rights Watch have concluded that both sides could be prosecuted for acts that amount to international crimes. Sexual violence by UAE forces, hostage taking and torture by the Houthis, or a Saudi airstrike that killed 29 children are sad reminders of three years of inaction by the international community. 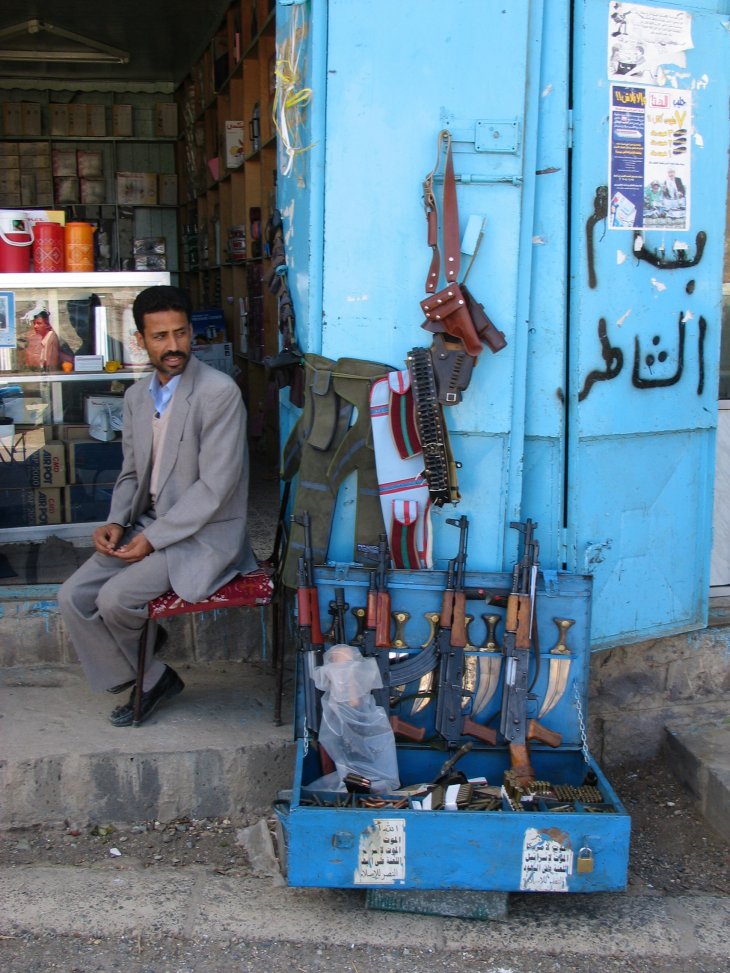 October proved to be a decisive month for the Yemeni Civil War. Not because of any battlefield related developments, but by the killing of Saudi journalist Jamal Khashoggi. The murder, which took place inside the Saudi consulate in Istanbul, has received unprecedented media attention. Saudi Crown Prince Mohammed bin Salman, commonly known as MBS, opened Pandora’s box: Western governments were deeply disturbed by the brutal murder of the journalist and decided to hurt MBS where it’s painful: arms sales.

Germany, Norway, Denmark, and Finland suspended arms export to the Kingdom. While these are welcome developments, the biggest players are still reluctant to put any halt to the lucrative arms business. The US accounts for more than 60% of major arms sales, followed by the UK (23%), and France (4%) and there are no signs that these countries would be willing to say goodbye to the Saudi’s money. A tangible effect of Khashoggi’s murder was November’s US Senate vote. It put in motion a resolution which would end US support for the bombing campaign. The very same resolution was rejected earlier this year in March.

The current talks are unlikely to end the war; this is not even the aim.

That’s promising news, but don’t forget it’s not just Saudi Arabia who is waging war in Yemen. The UAE is also a major actor that managed to secure strategic positions in Aden and is currently backing the Southern Separatists in their fights against the Yemeni branch of Al-Qaeda, the Al-Qaeda in the Arabian Peninsula (AQAP). To complicate matters further: The UAE-backed Southern forces are the ones who are calling for independence from Yemen and who waged a bloody civil war against the central government in 1994, just four years after the unification of South and North Yemen.

What can we expect from the current talks?

Bringing the parties together is in itself a success. The previous attempt for talks in September did not bring any results simply because the parties couldn’t meet. The Houthi delegation’s leader accused the Saudis of making travel impossible for them. This explains why the Houthis wanted Griffiths to travel with them on the same plane to the current talks in Sweden. Civil wars are special bargaining problems where such a high level of mistrust is hard to overcome.

As such, caution is required. The current talks are unlikely to end the war; this is not even the aim. Confidence building measures such as prisoner swaps, a ceasefire in the strategic port of Hodeidah, the reopening of Sanaa airport, and the payment of salaries for public employees in the Houthi-held areas – which has not happened since 2016 – would be promising first steps.

Saleh, who held the country together for 33 years, once likened ruling Yemen to ‘Dancing on the head of snakes’.

Look back to look ahead

The Houthi movement was largely unknown to the world before 2014 when they captured the capital city of Sanaa. But the Zaydi Shiite group has been waging a war with the central Yemeni government since 2004. The six rounds of the so-called Saada wars were sporadically covered by the international media. Those episodes however are crucial to understand the current crisis: The Houthi-led Believing Youth movement began as a student club which demanded an end to the economic marginalization and political oppression of the Zaydis in Yemen. That time, President Saleh’s heavy-handed response triggered the gradual radicalization of the Houthis. The Saleh government was more worried at that time about containing a possible (more precisely a renewed) separatist attempt by the Southern Movement (al-Hirak). Crushing the Houthi movement was meant to signal strength to any potential opposition within the country. These domestic events also coincided with the 2003 invasion of Iraq and Yemen’s increased strategic role in the War on Terror. AQAP at that time was tolerated by the government, but this has fundamentally changed since Yemen’s own version of the 2011 Arab Uprisings. AQAP and IS managed to utilize the political vacuum created by the 2014 Houthi takeover. As of 2018, AQAP fights almost everyone in Yemen: UAE forces, Houthis, IS, and pro-Hadi fighters. Former president Saleh – a Zaydi Shiite himself too – was killed by the Houthis in 2017 after a short-lived strategic alliance between the two.

Saleh, who held the country together for 33 years, once likened ruling Yemen to ‘Dancing on the head of snakes’. Negotiating parties in Sweden should keep in mind that the Houthis are not the only snakes in Yemen.