An evaluation of the Eastern Mediterranean hydrocarbons situation requires realism, thinking outside the box, taking nothing for granted, appreciating the sense of urgency and a pragmatic assessment of the international environment. 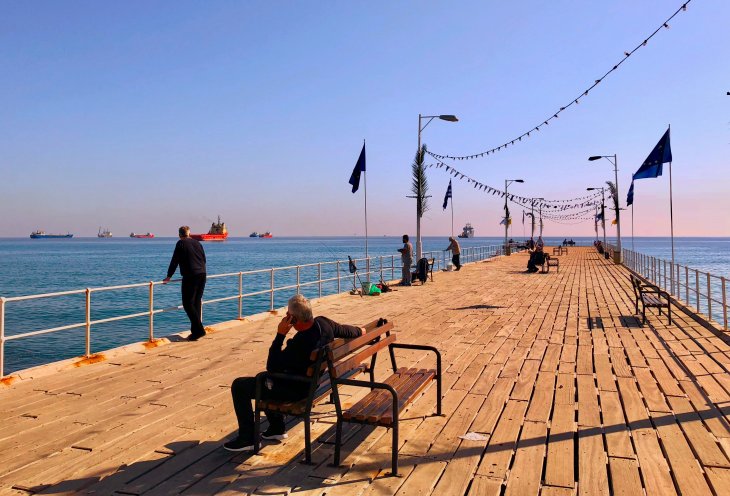 A warm afternoon at the Limassol Marina, in Cyprus. Photo: Andreas Komodromos

The Eastern Mediterranean as a region in general and an energy region in particular is characterised by great volatility and extraordinary geopolitical instability. Conflict has traditionally been the norm, rather than the exception, and this greatly impacts its energy potential. Besides considerations of regional and global energy demand and prices, that are common to all extractive projects, the geopolitics of the Eastern Mediterranean means that this region faces further challenges with regard to the extraction, exploitation and export of hydrocarbons.

Additionally, new realities in the Eastern Mediterranean are characterised by radical current and emerging shifts in the international and regional landscape, and these of course also affect energy. The main parameters of these new realities are either directly or indirectly connected to the region, while others are independent of it but hold significant impact on the Eastern Mediterranean. Such realities have to do with issues in the EU and European states; transatlantic developments; changes in Turkey and Turkish foreign policy; and the Cyprus problem.

The US’s absence or limited engagement in the Eastern Mediterranean as of late has created further challenges, bringing about a void of coordination.

Political and energy developments in Europe impact Eastern Mediterranean gas projects in many ways. The abundance of gas in Europe and the challenging pricing terrain, combined with US supply and Russian reserves, mean that Europe may not for the time being be a realistic market destination for East Med hydrocarbons.

At the same time, domestic political challenges in a number of states, the EU’s crisis in the eyes of many, the divergence of opinion between Brussels and some member states on energy – such as the Nord Stream affair – and broader crises with far-reaching consequences (such as Brexit) make for a very difficult European reality as a destination, facilitator or driver of developments.

The US’s absence or limited engagement in the Eastern Mediterranean as of late has created further challenges, bringing about a void of coordination. This is coupled with the fact that the US State Department has never, in its modern history, been more understaffed, and that there hardly seems to be one US foreign policy at the moment – rather one could speak of various US foreign policies by agencies that seem to be lacking in structured coordinating.

This led to diminished leverage by the US on Turkey and the interruption of leadership to promote solutions to regional problems and cooperative regimes for the region’s energy reserves.

At the same time, there is a clear Turkish power projection in the wider region. Turkish actions seem to be neither random, nor singular. Instead, Turkey appears to be projecting power in an arch that spans from the Aegean, to the Eastern Mediterranean, including Cyprus, all the way to Syria.

Nothing should be taken for granted when it comes to the Eastern Mediterranean, including the continued interest and involvement of the international community.

Turkey seems to be re-negotiating its place in the West – if not actively seeking alternatives. To this end, it is projecting political and military power, sending a message to the broader West that no planning in and for the region can realistically take place without Turkey. Indeed, if Turkey is willing and able to place troops – likely long-term – on the territory of another state (Syria), it is less likely to withdraw forces where it already has them (Cyprus). The same power posture applies to and explains its position on hydrocarbons in the region and their exploration and exploitation prospects.

On the Cyprus issue, the solution of which is central to any realistic prospects for an inclusive exploitation of East Med gas resources, trends are characterised by the collapse of the talks in Switzerland’s Crans Montana, in the summer of 2017 and their discontinuation to the day. Crises in, around or involving Cyprus in the post-Crans Montana era take place in the absence of the framework of UN talks and thus the absence of channels and means for their timely and effective resolution, creating potential for dangerous escalation or miscalculations.

At the same time, nothing should be taken for granted when it comes to the Eastern Mediterranean, including the continued interest and involvement of the international community – organisations and states – infinitely. None of the above developments should be approached, evaluated or treated individually. Everything is inextricably interconnected and need to be treated as such.

Energy prospects increased both cooperation and conflict between regional states and great powers and brought unprecedented attention to political, economic and security relations within this space. It is true that the gas findings and the prospects for more have prompted some cooperation between littoral states, in the form of tripartite and quadripartite cooperation agreements. This is a very positive development, in a problematic region. It is hoped that further cooperation will be agreed.

It is usually said for the Cyprus issue that this has been a history of lost opportunities. The same could, grosso modo, be said about hydrocarbon development in the Eastern Mediterranean. So much time has been lost and, arguably, with it, opportunities.

However, one needs to be pragmatic regarding these agreements. First, while they are usually presented as alliances, this is too optimistic. At best, they are alignments, as they lack the key elements of an alliance. Secondly, such agreements do not, for the time being, amount to much more than an expression by the respective governments’ of a willingness to cooperate and facilitate exploration and exploitation of gas resources, if and when this is pursued by companies.

The public belief that every time there is a tripartite meeting, drilling or construction will immediately commence, creates unrealistic expectations that do not promote a spirit of sharing. Finally, if such agreements are primarily designed to exclude certain countries, the likelihood of their full success is reduced. If they are designed to initiate cooperation, with a view to becoming more fully inclusive in the future, then prospects could hold more promise.

On the other hand, it is usually said for the Cyprus issue that this has been a history of lost opportunities. The same could, grosso modo, be said about hydrocarbon development in the Eastern Mediterranean. So much time has been lost and, arguably, with it, opportunities. This is chiefly due to the fact that it was always nearly exclusively political considerations that informed the stance of regional governments on energy issues, often with very little, if any, solid grounding on economic, technical or business considerations. Thus, hydrocarbon conflicts were allowed to become new episodes in the fundamental conflicts of principle or new links in existing conflict chains.

For any realistic prospects of success, commitment from all sides must be displayed. Turkey, for its part, must show tangible proof that it is ready to cooperate, and refrain from merely blocking ongoing initiatives that it feels excluded from.

To take the example of Cyprus, energy could have become a platform of cooperation and possibly a key win-win collaboration effort, paving the way to cooperation in other areas as well. Energy could moreover become the catalyst for cooperation in the broader region and also render Cyprus an excellent hub and a connector itself.

To this effect, Cyprus has the distinct advantage of being a country in the region, but not of the region. As an EU member state, Cyprus offers all the assurances that come from this membership; yet, its location in the region and knowledge of regional particularities gives it the comparative advantage it boasts. Sadly, the unresolved Cyprus issue precludes the country from realising its full potential. Indeed, the finding of hydrocarbons and the potential for further findings have exacerbated tensions between the two communities on the island, as well as between other states that are active or wish to be included in natural resource exploration and exploitation.

For any realistic prospects of success, commitment from all sides must be displayed. Turkey, for its part, must show tangible proof that it is ready to cooperate, and refrain from merely blocking ongoing initiatives that it feels excluded from. It also needs to show credible commitment to the solution of the Cyprus problem, as far as its own involvement and responsibility is concerned.

On the other hand, the Republic of Cyprus must show genuine will and present tangible assurances that the rights in principle of the Turkish Cypriots to any hydrocarbon findings will be given full consideration. The EU and the international community fully support the Republic of Cyprus’ right to explore and exploit hydrocarbon findings in its Exclusive Economic Zone (EEZ). Yet, neither would support the exploitation of such resources without due regard to the rights of all Cypriots.

These steps should convince the international community that their continued engagement in Cyprus is meaningful and could also establish a terrain conducive to international investment and engagement, through the minimisation of conflict and related risks.

For East Med gas to have any realistic prospects of being exploited, a number of economic, business, technical and geopolitical realities need to be in place. Adequate quantities need to be found; markets need to be secured; prices are required to be right; companies need to be interested; and (geo)political circumstances conducive to exploration and exploitation secured.

International market and price realities obviously change in ways that go beyond the regional realities and are thus both unpredictable and outside the reach and power of regional states. What these states can do, is to try to manage the political and geopolitical framework for energy-related activities, including serious attempts to resolve conflicts and bridge differences.

This will be essential for a swift exploitation capability when international market conditions allow. Even if this does not turn out to be the case, energy will have anyway indirectly enabled conflict resolution. In a sense, this could be the great value of gas beyond gas, in an unpredictable, challenged and uncertain environment like the Eastern Mediterranean.