The success of mass protests depends on who is doing the protesting. 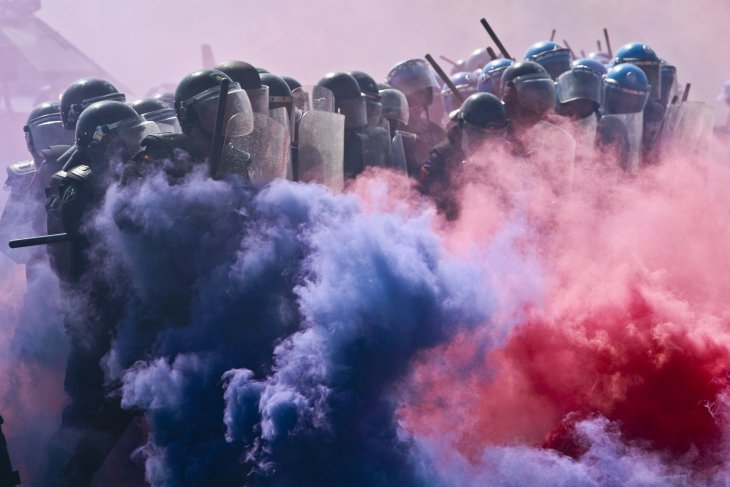 Many observers fear that democracy is currently at risk — including in the United States and some European countries. Some commentators blame less-educated members of the working classes for the democratic backlash.

According to the stereotype, these voters tend to be skeptical of economic globalization and immigration — and perhaps more inclined to support authoritarian populist politicians and parties. Political analysts tend to see the more educated urban middle classes, in contrast, as staunch defenders of democratic values and principles.

Whether protests work depends on who is doing the protesting.

In modern history, citizens in different countries have organized mass protests in pursuit of political freedoms and liberties. Sometimes they succeed. The current democracy protests in Hong Kong are just the most recent example of mass mobilization for political rights and freedom around the world. Other examples include the suffragists in the early 20th century, the anti-Communist movements in Eastern Europe 30 years ago, and the anti-regime protesters in the Middle East and North Africa during the Arab Spring.

Yet, as the divergent trajectories of different countries post-Arab Spring illustrate — compare Tunisian democracy with Egyptian autocracy — popular mobilization does not always lead to democracy. Often protests do not even lead to the fall of an existing dictatorship, as in Iran, where the incumbent regime survived the 2009 Green Movement. Why do some movements bring about democratization, while others fail?

Protest movements draw in a mix of people. Consider, for example, the Tunisian and Egyptian Arab Spring movements. In 2015, the Nobel Peace Prize was awarded to the Tunisian National Dialogue Quartet for helping a peaceful democratic transition in Tunisia. This organization represented a broad cross-class coalition, including organized labor. In Egypt, the pro-democracy movement of the Arab Spring had a narrower social base, drawn primarily from middle-class urban professionals.

The 20th century also experienced several protest movements and revolts dominated almost entirely by peasants. According to our data, these peasant-led protests rarely led to democratic reforms. This could be because these groups lacked the power to change the regime, or the motivation to implement democracy.

It’s a different story when industrial workers come out.

We find that democratization is much more likely to follow mass protest movements that are dominated by the urban middle classes — and even more so when industrial workers are protesting. These groups often combine a strong preference for democracy (especially in urbanized societies) with the capacity to push through democratizing changes.

Industrial workers, in particular, can use unions, international labor networks and social democratic parties to coordinate powerful challenges against dictatorial regimes. Here, we agree with influential, in-depth studies of specific European and Latin American countries, which highlight the historical role of labor movements in pushing for universal suffrage and competitive multiparty elections.

Yet the experiences in these case studies might have been atypical. Ours is the first study to investigate systematically whether the social composition of protest movements matters for democratization in a global sample of countries. We investigated all major mass protest movements around the world from 1900-2006, and recorded who dominated each movement — industrial workers, urban middle classes, rural laborers, ethnic groups, religious groups, etc.

Current debates on the recent rise of authoritarian populists may point the finger at the working classes — but our research suggests that industrial workers have been crucial to the historical progress of democracy.

Sirianne Dahlum is a senior researcher at the Peace Research Institute Oslo and an International Security Program postdoctoral fellow at the Belfer Center, Harvard Kennedy School.

Carl Henrik Knutsen is a professor of political science at the University of Oslo.

Tore Wig is an associate professor of political science at the University of Oslo.