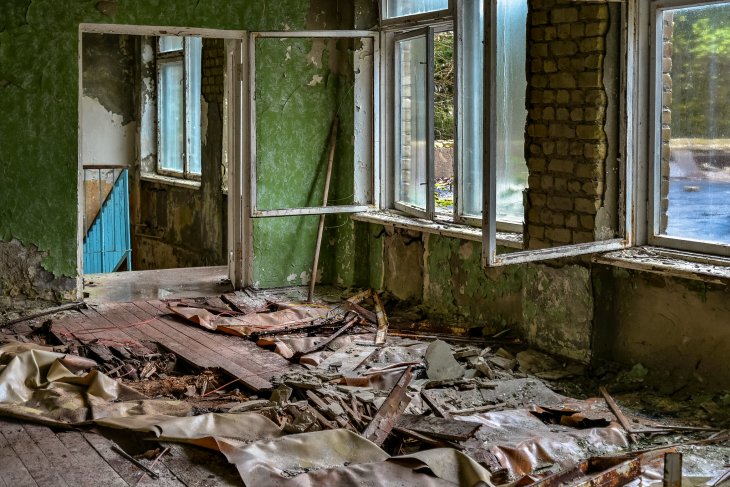 The HBO series “Chernobyl” has garnered rave reviews all over the world. Norwegian newspapers have been almost unanimous in their praise of the series. And with good reason. This is television drama at its very best.

One largely overlooked aspect of the series is what it teaches us about some of the completely fundamental differences between non-democratic and democratic regimes.

No doubt this was not one of the objectives of the series creators, but “Chernobyl” provides an unrivaled introduction into how and why democracy is superior to authoritarian forms of government in the longer term. The series shows why it will be the world’s democracies, not China, that will continue to dominate in the 21st century.

Perhaps the most important message conveyed by the series is that all forms of authoritarian regimes ultimately suffer from fundamental structural weaknesses.

At a time when the banner of democracy is somewhat faded, when some commentators are talking about the effectiveness of authoritarian regimes – how they generate higher levels of economic growth, how they engender less chaos, division and polarization – perhaps the most important message conveyed by the series is that all forms of authoritarian regimes ultimately suffer from fundamental structural weaknesses. Weaknesses that in the end will undermine the whole regime.

The rationale for almost all non-democratic regimes has been that the country needs strong authoritarian leadership in order to bring about peace and security, economic development and good standards of living. Dictators all over the world have argued that they can deliver resolute and effective leadership, in contrast to democracies that deliver quarreling and banal compromise.

This is how Putin and Erdogan justify their style of government, and the same justification was cited by the Communist Party in the Soviet Union.

Superficially, this argument appears sound. Democracies require endless consultations, hearings, the inclusion of minorities in decision-making, and compromises that ultimately please no one completely. In a dictatorship, a dictator or their party can identify the best way forward and implement the necessary measures. Simple.

Over recent decades, a large body of research literature has shown incontrovertibly that things are not in fact that simple. This literature demonstrates that the myth of superior economic growth under authoritarian regimes is precisely that, a myth. Democracies have stronger and steadier economic growth than non-democracies.

The research literature has also identified a set of fundamental weaknesses that weaken, and in the long run will undermine, all non-democratic forms of government. These weaknesses are precisely what “Chernobyl” demonstrates so well.

A system pervaded by mistrust

In contrast to democracies, authoritarian regimes never exclude the use of violence. Authoritarian regimes will never acknowledge that the judicial system has power over the regime. The final episode of “Chernobyl” demonstrates this, when the Communist Party has told the judges what their verdict will be even before the court proceedings start.

As a consequence, the regime can always turn to violence, both against individuals and against entire groups. Sometimes this is only done as a final resort, and the extent to which regimes resort to violence varies significantly between countries. But fundamentally, all people living under a dictatorship know that their lives are never completely safe.

This has dramatic consequences for how people live their lives. And for how the people governing the country relate to each other. Mistrust pervades the whole system. This mistrust means on the one hand that people are less prepared to invest in developing enterprises that may bear fruit in the longer term. Why expend your resources on something that can be taken away at any time?

But it also means that the people governing the country do not succeed in uniting on shared compromises that could lay the foundation for stable long-term government. Instead, it is not unusual for such regimes to change course suddenly and with no warning. Such unpredictability hampers long-term growth and security.

Democracies can often be incredibly slow at reaching decisions. But once a decision is made, they often stick to the same course – perhaps with the exception of Norwegian road tolls.

While a democratically elected leader will be dependent on broad popular support to win elections and remain in power, a dictator will generally depend on only a tiny number of key supporters to hold onto power.

At Chernobyl, erroneous or misleading information was sent up and down the system all the time. The consequence was that no one trusted anyone or anything.

These supporters will always include the military and security forces. Fundamentally, this means that authoritarian regimes will devote far more resources to keeping these supporters happy. Accordingly, soldiers in North Korea and Venezuela are fed and clothed, while the general population starves. For their part, democratically elected leaders expend far more resources on a broad range of social welfare measures that benefit large sections of the population.

But remember that a characteristic trait of dictatorships is that no one is completely safe, and so mistrust pervades the whole system. This makes it almost impossible for leaders of dictatorships to acquire reliable information.

Everyone knows that the economic statistics reported locally in China are wild exaggerations. But no one dares report the true figures. If they were to do so, they would be putting more than just their jobs in jeopardy. At Chernobyl, erroneous or misleading information was sent up and down the system all the time. The consequence was that no one trusted anyone or anything.

Not only will the leaders be uncertain whether the information they have is correct, but they themselves will also censor information and give out information that is misleading. With hindsight, we know that the catastrophe at Chernobyl could have been avoided

Several people knew that the reactors had serious flaws. Disastrously, this information – as often happens in authoritarian regimes – was buried by the regime itself. Improvements that could have prevented the catastrophe were not implemented.

It was precisely the authoritarian structures of government that made Chernobyl an unavoidable accident.