Can the conflict in Afghanistan be resolved politically, or must the war continue until one of the parties has won? The conflict in Afghanistan is now the world’s deadliest. The United States and the Taliban negotiated a peace agreement that never got signed. The recent exchange of prisoners may signal a restart of talks. Afghanistan is in desperate need of political solutions, but the path to peace is going to be winded and fraught with dilemmas. 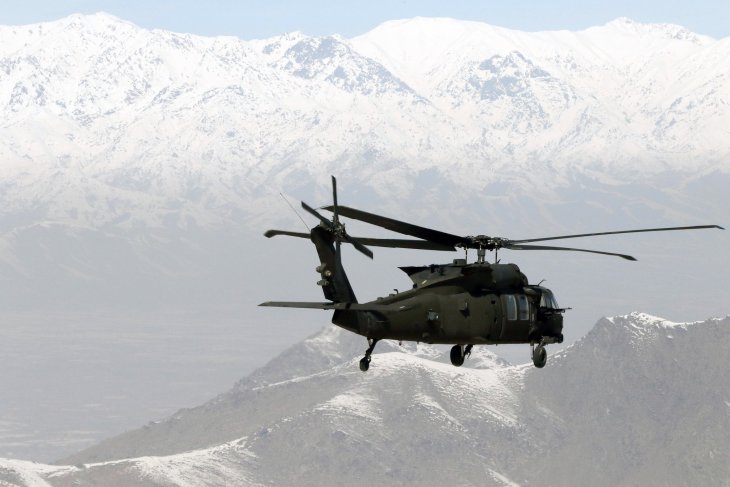 At the start of September, an agreement between the Taliban and the United States seemed to be a done deal. The parties had been negotiating in Doha, the capital of Qatar, for nearly a year. Everything was set for the next, and far more demanding, chapter: talks between the Afghan government and the Taliban. Then the whole agreement was cancelled by a single tweet from President Trump. The Taliban stuck to their demand that the agreement with the United States had to be signed before they would meet with the Afghan government. Trump’s attempts to bring the parties together at Camp David ended in failure. Yet, it is worth noting that Trump’s chief negotiator, Zalmay Khalilzad, was not fired, but rather kept mobilizing support for a peace deal.

In 2018, Afghanistan was home to the world’s deadliest conflict, and 2019 is set to be worse. The Taliban, the Afghan army and international forces are each responsible for more-or-less equal numbers of civilian casualties … One cause of the rise in civilian casualties is the fact that peace talks and escalating warfare have proceeded hand in hand

It now seems that Khalilzad has made a major step forward. The exchange of two international professors held hostage by the Taliban over the past three years, against the Afghan government’s release of three high profile commanders of the Taliban, is meant to restart the peace process. There is no lack of scepticism, not the least because the three commanders released have all been Taliban’s adoption of terror tactics, causing death and injury to many civilians. The US pressure on the Afghan President, Ashraf Ghani, has been substantial. The US strategy is to signal a willingness to offer concessions, rebuild confidence in the talks, and ultimately get back to the table.

The World’s Most Deadly Conflict

The reports are all in agreement. In 2018, Afghanistan was home to the world’s deadliest conflict, and 2019 is set to be worse. The Taliban, the Afghan army and international forces are each responsible for more-or-less equal numbers of civilian casualties. In addition, there are attacks by the local division of Islamic State (IS), which are directed in particular at the Shia population. One cause of the rise in civilian casualties is the fact that peace talks and escalating warfare have proceeded hand in hand, with both parties wanting to negotiate from a position of military strength. The United States tabled a demand for a total ceasefire, but the Taliban rejected it.

The Taliban have secured greater influence for themselves in recent years, either controlling or having a marked presence in at least half the country. For its part, the Afghan government controls all the major cities. But the army and police are suffering from widespread casualties and desertion. They can maintain territorial control only with the support – in particular the planes and drones – of the United States and NATO.

The withdrawal of American forces was one of two key negotiating issues in Doha, and was the Taliban’s main demand. Nonetheless, the United States chose to begin a large-scale reduction in its military presence while the talks were still underway. Obviously the Taliban were aware of this, although they still wanted an agreement with the United States so that the withdrawal would take place in the most orderly way possible.

The other key issue in the talks was the United States’ demand for the Taliban to distance themselves from Al Qaeda and to prevent Al Qaeda and IS from using Afghanistan as a base for their terrorist operations. This is a position held by Taliban for the past decade, if not longer, and while many observers remain sceptical of its ability to rupture all ties to Al-Qaeda, the agreement would mean little more than a formalization of that commitment.

The Afghan authorities were not party to the peace talks, and have strongly criticized their exclusion. Apart from diminished military strength, they fear that the Afghan constitution, as well as hard-won rights for women and minorities, could be sacrificed in these talks. There were also warnings from former American generals, diplomats, and several leading Republican politicians, who feared that Al Qaeda and IS could benefit from a military withdrawal. The debate about the American withdrawal from Syria, which came later, reflected similar concerns.

The election that was held in September had very low turn-out, partly due to widespread violence. There is also suspicion of widespread electoral fraud, as in previous elections.

A First Step on the Road to a Settlement?

One argument in favour of the Doha agreement was that it was merely preliminary: a limited agreement on military withdrawal. It required that direct talks between the Afghan government and the Taliban should follow. Both parties had delegations ready to board a plane to Oslo to start such talks. The agenda included difficult questions, including power sharing (not least the role of religion in the state); the constitution; human rights and equality for women; and the foreign-policy choice between neutrality or committing strongly to an alliance. The parties are very far apart. It is difficult to envisage how an agreement can be reached unless the Taliban make significant gains on these issues.

This worries the incumbent, but side-lined, Afghan president, Ashraf Ghani. He insisted on holding the long-postponed presidential election before starting talks with the Taliban. Ghani himself, and Afghanistan’s current chief executive officer, Abdullah Abdullah, are the foremost candidates. The problem is that the election that was held in September had very low turn-out, partly due to widespread violence. There is also suspicion of widespread electoral fraud, as in previous elections. So far, a quarter of the votes cast have been disallowed, bringing the total number of votes down to 1.7 million, in a country with approximately nine million registered voters. This weak mandate will diminish the negotiating position of the newly elected president, if he fails to seek broader Afghan support for negotiations.

In the midst of all this, the United States’ chief negotiator with the Taliban, the former ambassador Zalmay Khalilzad, has been shuttling between various capital cities, gathering support for restarting negotiations. Most recently he met with NATO and the EU and gathered support for a negotiated solution. The hidden threat has also become more open. The United States let it become known that it was studying how quickly a military withdrawal could be implemented. The United States, the EU and NATO are reminding Afghanistan that electoral fraud, corruption and widespread narcotics production are not acceptable, and that international aid to the country must be renegotiated and very likely will be reduced from 2020. This puts pressure both on the Afghan government and the Taliban, as both parties are eager to secure continued international support.

Afghanistan is at a crossroads, 18 years after the international community intervened. Many argue in favour of continuing the war against the Taliban, seeing a military victory as the only lasting and justifiable solution.

Accordingly, Afghanistan is at a crossroads, 18 years after the international community intervened. Many argue in favour of continuing the war against the Taliban, seeing a military victory as the only lasting and justifiable solution. There is little to indicate that this is viable, given the enormous human and economic costs of the conflict, and the impending reduction of international presence and support. Others believe that negotiations with the Taliban are unavoidable, even if this grants them recognition and may lead to changes in the Afghan constitution and the structure of the Afghan state. The question is whether the parties, and the international actors, are willing to accept compromises that could weaken democracy and human rights.

The odds are high for all actors. It may very well be that the talks are not restarting, or that they quickly get into a new backwater. In the event that the three released Taliban commanders throw themselves back into the war, the prisoner’s exchange will be seen so signify the lack of commitment to peace on the Taliban’s side. Should it, on the other hand, lead to a reopening of talks, then it is also an apt demonstration of the importance of mutual concessions.