Research-based dialogue can make substantial contributions to addressing challenges in the Middle East. By mobilizing diverse knowledge milieus, drawing attention to new insights, and emphasizing the normative commitment to truth, we can lay the foundations for dialogue between various states and actors who otherwise find it difficult to interact. 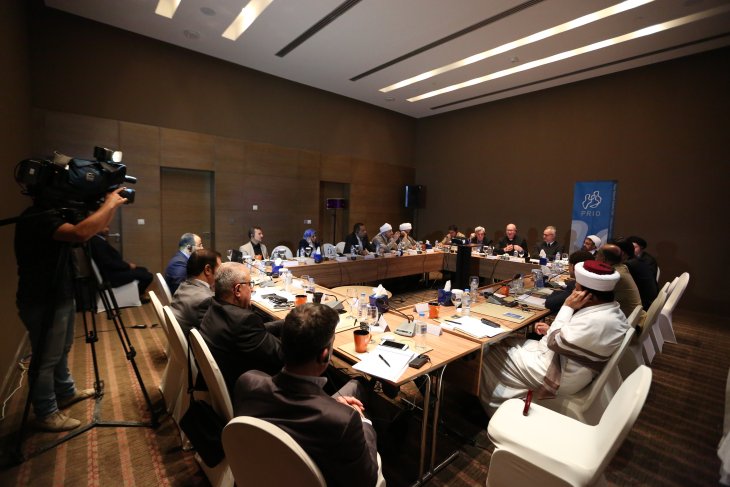 At the launch of the new PRIO Middle East Centre, which I will have the privilege of leading, it is worth reflecting on the possibilities and constraints of science diplomacy, one of the key areas of engagement for the new centre.

The Middle East is today the one region in the world where all major global challenges express themselves in the most dramatic ways possible. The Middle East is home to the bulk of the world’s most serious wars, including those in Syria and Yemen, where several regional states are involved. Climate change also poses massive challenges to Middle Eastern societies, as it increasingly weakens access to water, food, and energy for the majority of citizens.

On top of this, many countries in the region are experiencing economic decline. The list goes on. In such circumstances, it is easy to be overwhelmed by pessimism.

None of these challenges are limited to the Middle East; rather, they are all key global challenges, impossible to address effectively at the regional level alone. Actors from outside the region play an important role, positively as well as negatively. The war in Syria, for example, has become much more complicated with the involvement of global powers supporting various sides. Yet, the region’s challenges cannot be addressed without regional actors – without states, civil society, and others building relations and developing common responses.

The concept of science diplomacy can broadly be defined as knowledge-based exchanges engaging scholars (and often others) to address mutual challenges, also in situations when officials are unable to interact. There have been a number of concerns raised about the idea of science diplomacy and these ought to be taken seriously. Research is international by nature, and it has a strong normative commitment. The sociologist Robert Merton provided us with a good formulation of these normative codes already in the 1940s, emphasizing five key elements:

These normative commitments are as important for scholars when engaging in science diplomacy as they are in other aspects of their work.

The Middle East is in no way characterized by democratic states, authorities dedicated to protection of the right to freedom of expression, or academic freedom at large. In some countries, it may even be considered a criminal offense to interact with colleagues from a neighbouring country. The situation certainly varies across countries, but there is little doubt that there are significant constraints on what research can contribute to in terms of economic, social, and political development. The problems, however, are not necessarily limited to the region – we also see that research institutions elsewhere adapt to the political preferences of whomever finances their work.

There are innumerable examples of how research has opened up new channels of communication and cultivated solutions where traditional diplomacy has fallen short. In a Norwegian context, the best known example is the Oslo Agreement. FAFO International, a research institute based in Oslo, conducted surveys on living conditions in the Palestinian territories, which laid the basis for Norwegian researchers and diplomats becoming central in backchannel talks between Israeli and Palestinian representatives. Another example of interest is the Pugwash Conferences on Science and World Affairs, founded by Józef Rotblat and Bertrand Russell in 1957. Pugwash engaged in dialogue between the East and the West during the Cold War, with nuclear physicists and others in central roles, and was awarded (alongside Rotblat) the 1995 Nobel Peace Prize. They have also been engaged in the debate about a nuclear-free zone in the Middle East, in the dialogue over Iran’s nuclear program, and in the Israeli-Palestinian conflict.

A functioning science diplomacy is by no means limited to only researchers and their institutions. Rather, there is room for a number of different actors, including from politics, the governance structure, civil society, and the media. Even though the key knowledge actors will be universities and research institutes, it is oftentimes necessary to look further. I have been involved, for several years, in a dialogue across the political divides in Iraq, aiming at a common understanding of what ‘inclusive citizenship’ entails. In that context, the involvement of religious leaders has been essential, as it has enabled us to conduct a knowledge-based dialogue with an alternative language, and in different arenas, than in the conventional political dialogues. 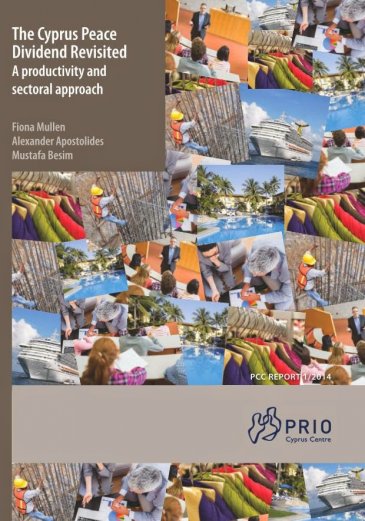 Another example of interest comes from the work of the Peace Research Institute Oslo (PRIO) in Cyprus, where our centre teamed up with the chambers of commerce on both sides of the conflict to conduct a macroeconomic analysis of the potential return from a peace settlement on the island. The analysis was conducted by a three-person team consisting of two Cypriots, one Greek Cypriot, and one Turkish Cypriot, as well as one non-Cypriot. The team conducted a conventional macroeconomic analysis (growth accounting), as well as a sector-by-sector assessment. A draft report was discussed at a joint meeting with diverse delegations from both chambers of commerce. The participants had studied the report carefully prior to the meeting, and they engaged critically with both premises and claims. The report was subsequently revised before publication in 2014. The analysis was the first of its kind, and the findings generated massive interest. The two chambers became key advocates for the report, and the analysis became an essential reference in the political negotiations that started the following year.

Science diplomacy is not a silver bullet. It depends on solution-oriented actors that respect the fundamental normative commitments of science, and who are able to access people in influential positions without dancing to the tune of the authorities. That is possible only when the authorities in question respect academic freedom and acknowledge that this freedom is critical if science is to be of political use. There must be space for discrete processes also within science diplomacy, but this presumes extraordinary attention to the norms of science, the differentiation of roles, and the value of safeguarding a dialogue based on knowledge and relationships between scholars. It is precisely by protecting the political neutrality of research that research can be politically useful.