Lewis Fry Richardson (1881–1953) was an extraordinary scholar. Trained as a physicist, he became world famous in two rather different fields, meteorology and peace research. Academic prizes have been named for him in both areas. He also made important contributions to psychology. My just-published edited volume reviews Richardson’s contributions to peace research and related disciplines and assesses the impact he has had in various areas. 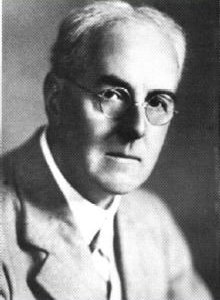 Richardson developed a model of two-way arms races and discussed the conditions under which they were likely to escalate into armed conflict. In his model, each country increases its arms levels relative to the level of the other side (the threat) tempered by a negative reaction to its own arms levels (the burden). As Ron Smith argues in his chapter in this book, ‘the model has an immediate common-sense plausibility as a description of interaction between hostile neighbors’. The model is quite general and open to many specifications. This notwithstanding, Smith notes that there is some time-series evidence that the such models well describe measures of military expenditure between countries such as India and Pakistan. The Richardson arms race model is also a nice tool for teaching differential equations.

Richardson originally worked out this model in order to study the origins of the First World War, but it had a strong revival during the Cold War when it was widely believed that the East-West arms race would lead to nuclear war between the superpowers. Paul Diehl discusses the extensive literature applying the Richardson model to arms races well beyond the two World Wars studied by Richardson and assessing the risk that they would escalate into violence. Michael Ward examines how the Richardson model can be extended to multilateral arms races and argues that Richardson’s insights on coupled behaviors lead to a network perspective on social interactions at the global scale. Niall MacKay compares the arms-race model to Lanchester’s model of war attrition and how both can be extended to the multilateral case. And Kelly Kadera, Mark Crescenzi, and Dina Zinnes discuss how Richardson pioneered the study of dynamic processes in conflict research and compare his approach to alternatives such as game theory and agent-based models. 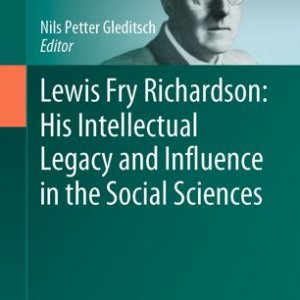 Lewis F Richardson compiled one of the first databases on what he called ‘deadly quarrels’. He also made important contributions to geography on such topics as the length of coastlines and the shape of national boundaries. In their chapter in this volume, Kristian Skrede Gleditsch & Nils B Weidmann use Richardson’s research as a starting-point for examining how Geographic Information Systems technology and spatial data provide opportunities to answer old and new questions in conflict research.

In recent years, many writers have heralded an era of declining violence and possible scenarios for the waning of war, while others remain skeptical of such optimism. The skeptics frequently take Richardson’s work on the severity and frequency of deadly conflict as a starting-point. Richardson argues that the frequency of war followed a Poisson process and that their severity fit a power-law distribution. Aaron Clauset confirms his insights using newer data and state-of-the-art statistical techniques and concludes that it is only after another 100 years that ‘the long peace’ after World War becomes statistically distinguishable from a large but random fluctuation in an otherwise stationary process. Michael Spagat and Stijn van Weezel on the other hand, find that looking at war severity relative to population tilts the evidence towards rejecting the no-change hypothesis. Further arguments for the waning of war argument is providing by bringing the candidate break-point forward from 1945 to 1950. And finally, by including civil war rather than just interstate war, the no-change hypothesis can be formally rejected.

Although Richardson did pioneering work in meteorology as well as peace research, he did not venture into the now increasingly popular area of the relationship between climate (change) and conflict. But Jürgen Scheffran shows that Richardson was well aware of similarities between the behavior of nations and of gas molecules and suggests a modeling framework of social interaction among multiple agents that builds bridges between Richardson’s two main fields of research.

Richardson died in 1953 but his two books in peace research were not published until seven years after his death. In a personal memoir, Dina Zinnes describes her encounter with these works when she was just out of graduate school and how they inspired her thinking and led to an understanding of the power of a mathematically written story. As the editor of the volume notes in his introductory chapter, the continued relevance of Richardson’s work is not in doubt, and both his life and his scholarship are given increasing attention. It seems safe to predict that this modest and unorthodox man will continue to inspire new generations of scholars.