Kristin Bergtora Sandvik examines the politics of humanitarian wearables to understand more about how digitization is reshaping the nature and relations of aid. 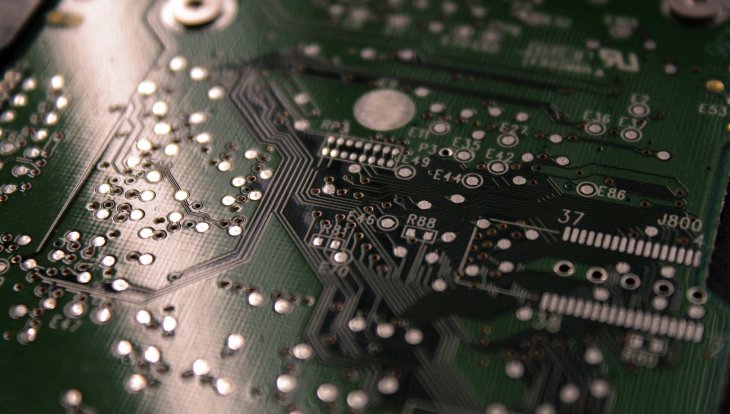 The rise of a global data economy has engendered intense engagements with new patterns of digital extraction and surveillance, giving rise to terms such as ‘data colonialism’ and ‘algorithmic fairness’.  In the aid sector, the onset of ‘digital humanitarianism’  has produced a significant amount of hype with frequent promises that the latest digital device or platform will be a ‘game changer’.  In a highly  influential report from 2013 called ‘Humanitarianism in the network age’  OCHA, the UN office for the coordination of humanitarian affairs proclaimed that everyone agrees that technology has changed ‘how people interact with each other and how power is distributed’. The report concludes that the turn to technology would lead to a fundamental shift in power from capitals and headquarters to the people aid agencies aim to assist. In 2020, it is safe to say that this is not quite how things worked out. At the same time, there has been fundamental changes in how the sector engages with the people it aims to protect and assist.

The historical use of wristbands raises questions about potentially repressive aspects of contemporary humanitarian use of wearables.

This blog discusses the emergence of ‘humanitarian wearables’ and how the meshing of digital devices and data extraction in the humanitarian context engenders new questions with respect to the nature of aid. Wearables placed on beneficiaries can be used for tracking and protecting the health, safety and nutrition of aid recipients. UNICEF’s 2015 ‘Wearables for Good’ challenge showcased numerous applications with important humanitarian purposes. One of the winners was a necklace tracking infant immunizations. However, while this type of device has also – somewhat predictably- been hailed as a ‘game changer’ , I suggest that this time it’s true- but that the game changing is of a different nature: What needs to be understood is that, in ‘the making’ of humanitarian wearables, over time, the product will be the data produced by beneficiaries wearing tracking devices, not the wearables themselves.

What is a wearable

Operating on the developing interfaces between bio and sensor technology, wearables provide measurement, selection, screening, legibility, calculability and visibility. Tracking operates through and upon multiple layers: general biodata, such as height, weight, gender, age and race; bodily fluids, including blood, sweat, sperm and tears; and the capture of individual characteristics, including DNA, fingerprints, iris scans, and voice and face recognition. These are conceptualized as smart devices that can be placed on or inside aid recipients’ bodies for many purposes, including tracking and protecting health, safety and nutrition. This may involve delivering or monitoring reproductive health, producing security and accountability through more efficient registration, or monitoring or delivering nutrition. While the sociological literature on tracking devices, focusing on individual self-tracing and consumer behavior is large and growing, little critical scholarly attention has been paid to the use of tracking devices in the Global South, and none at all to their use in the humanitarian context. In contrast, the deployment of wearables in emergencies entails deployment in contexts where there are deep, extra-democratic power differences between beneficiaries and structurally unaccountable humanitarian actors, donors and private sector actors.

The humanitarian sector has long used wristbands to control and care for beneficiaries. A key objective of international refugee management is to reduce fraud, one type of which is repeated registration by the same individual, or registration by those who do not qualify as recipients. In the past, the United Nations High Commissioner for Refugees (UNHCR) has tried to avoid multiple registrations by using stamps, wristbands, photographs, fingerprints or biometrics. The historical use of wristbands raises questions about potentially repressive aspects of contemporary humanitarian use of wearables. According to UNHCR, wristbands identify each individual claiming to be a refugee, limit the recycling of the refugee population, serve as distribution ‘cards’, and give everyone better access to food and other assistance. They are, then, a tool for protecting the most vulnerable. Wristbands are considered a comparatively low-tech, low-cost, low-trauma method of fixing. At the same time, wristbands are then clearly a technology of exclusion, and has also been commonly used in extreme registration contexts, such as those involving enclosure systems – the herding of people into a confined space for registration. This complicated historical baggage calls into question the idea of humanitarian wearables as a uniquely benevolent technology.

a proliferation of wearable technologies in the humanitarian space will necessarily engender important questions about the nature and meaning of aid and about how we understand the elements of the key humanitarian relationships: who donates, who aids and who gives.

Wearables are best understood as part of a process of miniaturization of the architecture of aid:  As observed by Collier et al. (2017), the grand aid schemes of yesterday are today found as gadgets. Small technologies of government now permeate the field of international aid. The smallness of these devices stand in contrast to the massive modernist projects of the period of technological imperialism: wearables are part of a general trend in aid, whereby “tremendous intellectual and moral energy, as well as the financial and organizational resources, being devoted to inventing and disseminating … micro-endeavors”. While not designed to provide paradigm shifts, the devices are surrounded by what the authors describe as “salvational talk”. The underlying motif here is “a dream of scaling up micro-technologies to have macro effects.”  Discourses surrounding these goods are free of talk of social justice, focusing on devices that can achieve benefits without “the messy complications and entanglements of collective action”.

Profit and the private sector

This perspective on technology is part of a broader culture shift taking place regarding the permissibility and necessity of private sector collaboration to achieve success. At the same time, the humanitarian sector remains uneasy abhuman out the idea of profit.  The sizeable academic literature on humanitarian goods has so far given little attention to how the incorporation of international aid into the global data economy changes this equation.

My concern is not only how humanitarian wearables can turn the basic relationships of the aid sector upside down, but how we fail to recognize this development. The OCHA report promised ‘a fundamental shift in power’. Perhaps it is possible to talk about a ‘further shift in power’ instead. I propose that a proliferation of wearable technologies in the humanitarian space will necessarily engender important questions about the nature and meaning of aid and about how we understand the elements of the key humanitarian relationships: who donates, who aids and who gives. Humanitarian aid – at least by donors and humanitarian actors – is presented as a one-directional activity premised on notions of charity and financial generosity. With the rise of wearables, this relationship is turned on its head, if we recognize the central premise of the global data economy: that it is the beneficiary data that is the product, not the tracking device.

This piece originally appeared in Global Policy. You can find it here.