Will Palestinians living in the annexed areas be offered Israeli citizenship, or will they become non-citizens within Israel? 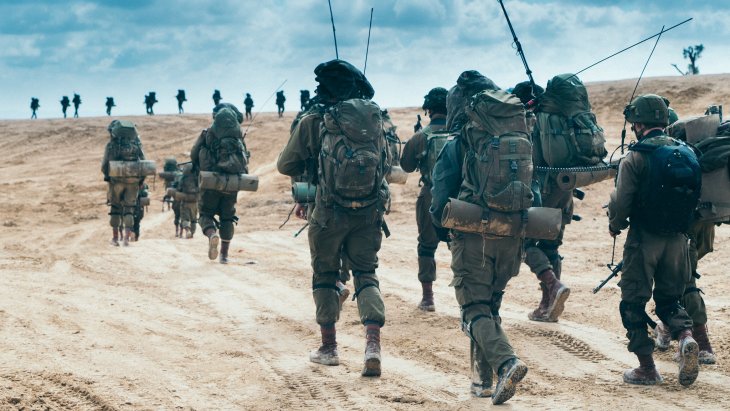 Israel’s new government will be able to  start annexing parts of the occupied West Bank as early as 1 July 2020. What should the world do about it?

Until now, Israel has had the best of both worlds, maintaining the fiction that the settlements are not part of Israel, even though the settlers are Israeli citizens.

President Trump’s so-called peace plan has removed American opposition, and the lack of left-wing opposition in Israel has removed domestic political pressure.Whether Benjamin Netanyahu actually goes ahead with the annexation remains to be seen. But some of the most significant obstacles to such a policy have been removed.

Three elements of uncertainty remain, however, and will influence Netanyahu’s assessment of the situation: How will the Palestinians react? How will the international community react? What would annexation mean for Israel’s character as a Jewish and democratic state?

The character of Israel

Paradoxically enough, the final question is the easiest to answer, and also influences the answers to the first two questions.

If the annexation were to take place, the state of Israel would be expanded and a portion of the Palestinians would find themselves living within this expanded Israeli state. This would kill off a two-state solution, since the annexation would make it impossible to create a viable and contiguous Palestinian state.

Should Palestinians living in the annexed areas be offered Israeli citizenship, or should they become non-citizens within Israel? In other words, should Israel be a state for everyone living within its borders, i.e. a democracy, or should it be a Jewish state with a continually increasing number of non-citizen residents?In that situation, Israel would have to address the issue of citizenship for Palestinians.

This question raises the next question: is annexation a Pandora’s box that Netanyahu is willing to open? Until now, Israel has had the best of both worlds, maintaining the fiction that the settlements are not part of Israel, even though the settlers are Israeli citizens.

This brings us to the Palestinians. They have no good solutions in sight.

Palestinian leaders could either continue as before and insist on a two-state solution, despite the fact that it would no longer be realistic, or they could shift their entire ideological foundation to revolve around demands for equal rights for Palestinians living in Israel. It would mean the transition from a national liberation movement to a civil rights movement.

In brief, should they support a one-state solution?

The international community would then have to respond to this new demand. Will Norway and the rest of the international community continue to insist on a two-state solution if both Israel and the Palestinians put it behind them?In the short term, such a choice would not really make any difference. An Israel that is not willing to give up the West Bank would not be willing to transform the whole character of the state. But such an ideological reorientation by the Palestinians would gradually force a change in the structure surrounding the conflict.

What Palestinian institutions should we relate to if the self-governing Palestinian Authority were to be actually shut down? And what would a Palestinian mobilization behind such a demand look like?

For now, these dilemmas lie in the future, but if annexation goes ahead, such a debate and its consequences will come a step closer.

In recent weeks, the EU, and other representatives of the international community, have exerted all their rhetorical powers to prevent Israel from annexing parts of the West Bank, but without setting out any actual consequences if annexation takes place.

An Israel that is not willing to give up the West Bank would not be willing to transform the whole character of the state.

Some commentators have speculated that this reaction is exactly what Nethanyahu has hoped for. If Israel fails to go ahead with the annexation, then the international community can pat itself on the back and congratulate itself on having averted a catastrophe. The problem with this reasoning is that the catastrophe has already arrived.

In practice, over 50 years of occupation and the systematic expansion of Israeli control and Israeli settlements have long rendered a two-state solution impossible.

It is clear that it would be possible to force through a reversal of these tactics, but simply avoiding annexation would not advance the goal of creating a viable Palestinian state.

Is the status quo good enough?

The problem is there are deep divisions within the EU over this question. Countries such as Hungary, for example, prevent the EU from operating with any clear consensus towards Israel. Given these internal divisions, the EU will no doubt be content if it believes it has prevented annexation.

If the summer comes and goes without Israel implementing annexation, the EU, Norway and the Palestinian leadership will be able to breathe a sigh of relief. The status quo will have been preserved. Such a reaction is understandable given the anxiety about annexation, but in this conflict, the status quo should not be a desirable place.

This post was originally published in Norwegian in Aftenposten. You can find it here.