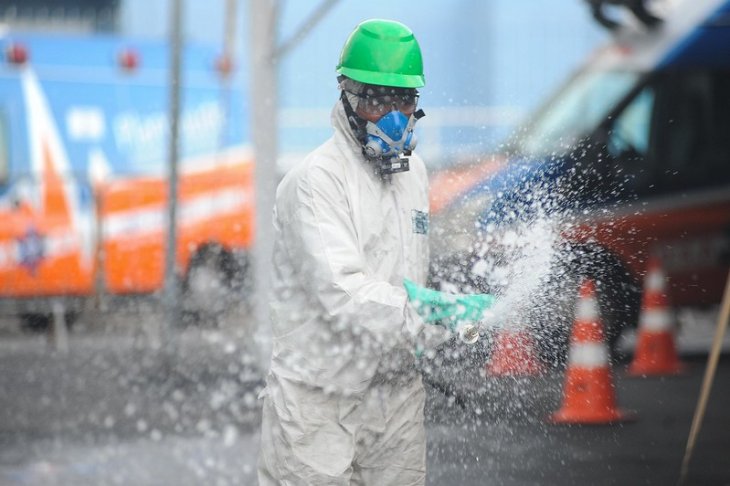 A worker at a Coronavirus Combat Center in São Paolo. Photo: Renato Gizzi (some rights reserved)

The coronavirus pandemic seems to be strengthening China and its leader Xi Jinping, while weakening the United States. If an autocracy gains strength on the international stage, while at the same time fear and uncertainty are spreading among the global population, this may provide fertile ground for a new wave of democratic decline.

The coronavirus has led to serious attacks on democracy in at least 17 countries. Even weak populists can get the wind in their sails when the world becomes more dangerous.

When the coronavirus entered the global stage, political leaders with authoritarian ambitions had been on the rise for several years. In 2019, a third of the world’s population lived in countries where democracy was in decline, according to the international research collaboration Varieties of Democracy (V-Dem).

In these countries, which include Hungary, Brazil, India and the United States, curtailments of democratic rights and freedoms are being driven by populist leaders who have concentrated power into their own hands.

Then the coronavirus pandemic arrived, and with it an acute need for strong leaders and drastic political measures.

Political scientists all over the world are now keeping a close watch on how authoritarian populist leaders will exploit the pandemic. A recent review by V-Dem shows that several dozen countries have experienced attacks on democracy in some form or other during the battle against the virus. V-Dem characterizes these attacks as serious in at least 17 countries. In these cases, we are talking about invasive emergency legislation, surveillance, and attacks on press freedom.

Many of these countries were already highly authoritarian even before the pandemic. China, for example, has used the pandemic as an opportunity to force through extremely restrictive emergency legislation, which in practice has choked Hong Kong citizens ability to engage in open political criticism and activism. But people in more democratic countries, such as El Salvador, India and Sri Lanka, have also experienced severe curtailments of their rights and freedoms.

At the same time, the pandemic has created headache for the world’s authoritarian leaders, particularly those with populist tendencies. The pandemic has exposed one of populism’s greatest vulnerabilities: a lack of the organizational capacity and competence needed to deal with crises. Countries led by populist leaders, such as Jair Bolsonaro’s Brazil, Andrés Manuel López Obrador’s Mexico, and Donald Trump’s United States, top the statistics for Covid-19 deaths, and this is damaging politically.

Although many populist leaders are now experiencing hard times, in the longer term, the pandemic and its economic consequences may provide fertile ground for authoritarian populist forces.

Insights from studies of hundreds of thousands of individuals conducted over many decades all over the world, show that crises may make people more receptive to anti-democratic leaders in the long term. People who are affected by events such as natural disasters, economic crises, unemployment and harsher living conditions find their everyday lives characterized by fundamental uncertainty about work prospects, health, and how to put food on the table.

Political scientists Ronald Inglebart and Christian Welzel have argued that such uncertainty can generate a feeling of being threatened, which in turn can express itself in anti-liberal attitudes such as distrust, nationalism, scepticism about immigrants and minorities, and an accompanying increased tendency to support populist leaders with authoritarian traits.

The coronavirus pandemic is a genuine threat to life and health in the short term. In the long term, the economic ripple effects may promote anti-liberal attitudes, and accordingly support for democracy may be weakened. We saw such tendencies in the wake of the global financial crisis from 2008, which was followed by a decade of growth for populist leaders and a decline in democracy in many countries.

When China makes the rules

The extent to which we will see a new escalation of such populist and potentially anti-democratic tendencies after the pandemic depends on how extensive and long-lasting the economic downturn turns out to be.

The extent of such a new escalation will also depend on the balance of power internationally. It currently looks as if the coronavirus pandemic may strengthen China, but weaken the United States. If this happens, authoritarian forces will encounter favourable international conditions in the coming years. This could yield a real possibility that the coronavirus pandemic results in a new wave of democratic decline.