India’s e-governance and digitalization drive harnesses ‘smart’ technology in an effort to generate new economic opportunities, boost economic growth, govern more efficiently with less corruption, and distribute relief and benefits to the poor and disadvantaged more effectively. In April 2015, India’s National Democratic Alliance (NDA) government led by Prime Minister Narendra Modi launched a National e-Governance plan known as e-Kranti, an upgrade or ‘2.0’ of the Digital India initiative rebranded as ‘transforming e-governance for transforming governance’. The COVID-19 pandemic has presented a monumental challenge to India’s emergent e-governance and digital welfare infrastructure, while also putting the Modi government’s capacity for technological innovation to the test. As the world’s largest democracy continues to respond to the COVID-19 pandemic, there is good reason to pay attention to the implications of this response for India’s e-governance design and development. 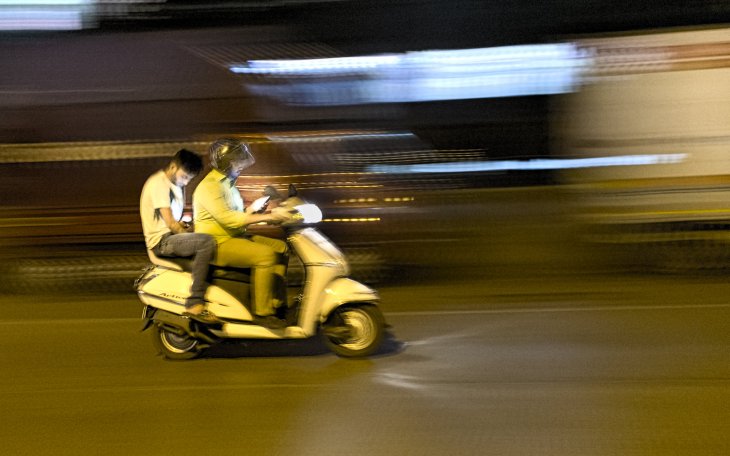 India’s digital governance revolution was launched more than a decade ago, with a biometric identification scheme known as “Aadhaar” or “Foundation”. Since then, a 12-digit unique identity number has been issued to Indians who present valid proof of identity and register their biometric data, including fingerprints and iris scans. Banks, telecom companies and a host of government agencies are now able to verify Aadhaar numbers online, while Aadhaar accounts can be stored on the cloud. Building on the Aadhaar unique ID system, authorities have rolled out Aadhaar-based direct benefit transfers and a remittance system that allows government agencies to transfer benefits ranging from pensions to short-term relief, directly to Aadhaar-linked bank accounts.

The Aadhaar-supported financial inclusion scheme, Pradhan Mantri Jan Dhan Yojana (PMJDY), aims to bring low-income households into the banking system. This forms the backbone of a brand-new social security delivery system and is also promoted as a vehicle for social inclusion for the marginalized and disadvantaged. Under the Jan Dhan Yojana scheme, bank accounts accessed with Aadhaar identification are used to distribute direct benefit transfers, wages under the Mahatma Gandhi National Rural Employment Guarantee Act (NREGA) and other poverty alleviation and welfare delivery schemes, like the food and public distribution system. PMJDY also provides life and health insurance coverage to eligible beneficiaries. About 400 million PMJDY accounts have been opened as of August 2020.

First proposed in India’s Economic Survey of 2014-15, the Jan Dhan-Aadhaar-Mobile (JAM) initiative links bank accountnumbers, Aadhaar numbers and mobile phone numbers to make cash transfers and other benefits available to beneficiaries via their mobile phone. The JAM trinity thus promises to connect the Aadhaar system with the government’s database of bank accounts, including PMJDY accounts, and a database of more than 900 million mobile phone accounts.

After the detection of COVID-19 in India in early 2020, health authorities launched intensive monitoring of cases and hospitalizations across the country, watching with alarm as the disease continued to spread. On 24 March 2020, at 8:00 PM, India’s Prime Minister Narendra Modi declared a nationwide stay-at-home order, entering into force only four hours later, at midnight. Issuing curfew guidelines from the Union Ministry of India, initially for twenty-one days, Modi announced that all Indians must stay at their residence to prevent the spread of COVID-19. The guidelines imposed unprecedented restrictions on mobility.

As workplaces came under lockdown, migrant labourers had to leave for their original homes, while all public transportation was suspended.

Relief in the form of cash payments to those in need and rations of food supplies through the public distribution system have been provided during the lockdown. The JAM delivery system has served as the Indian government’s main vehicle for the distribution of COVID-19 financial assistance and relief. A relief package under the Pradhan Mantri Garib Kalyan (PMGK) scheme was announced only two days after the lockdown, on 26 March 2020. The PMGK relief package ordered the transfer of INR 500 per month for three months to all female PMJDY account holders, and INR 1,000 in three instalments to senior citizens.

Six months later, India is still under tight COVID-19 restrictions, although terms and conditions of lockdown are easing in some areas. The pandemic has no doubt put the fabric of Indian society to the test, and has taken a heavy toll on the population, especially on informal workers, the rural poor and other marginalized groups. The pandemic has also pushed the limits of India’s e-governance infrastructure and accelerated the Indian population’s dependence on the digital infrastructure, mobile networks and ‘smart’ devices.

In addition to the distribution of COVID-19 financial assistance to PMJDY beneficiaries via JAM, the Modi government has responded to the COVID-19 pandemic by developing a contact tracing app for mobile phones. Launched in April 2020, the Aarogya Setu app is designed for contact tracing, mapping the spread of infection, and health self-assessment. As a mandatory measure for workers in the public sector, parts of the private sector, residents of ‘high-risk’ areas and those who have tested positive for COVID-19, Aarogya Setu has been downloaded more than 120 million times, making it the world’s seventh most downloaded app as of May 2020. Aarogya Setu also works as an e-pass for travel and entry into a number of facilities, including airports.

As in other parts of the world, the development and use of the Aarogya Setu app raises questions about the difficult balance between legitimate monitoring and unwarranted surveillance. In May 2020, MiT Technology Review published an evaluation by a team of researchers who have developed the Covid Tracing Tracker—a database to capture details of every significant automated contact tracing effort around the world. Guided by principles put forward by the American Civil Liberties Union and others, five questions were asked about the apps under evaluation: (1) whether the app was voluntary, (2) whether it was limited in terms of data use or sharing, (3) whether it featured automatic data destruction after a specific time period, (4) whether it minimized the type of data collected, and (5) whether it featured design transparency. The Aarogya Setu app met the team’s standards with regard to two of these questions; data destruction and transparency. On the other three questions, the app was not up to standard. In other words, the Aarogya Setu app was deemed excessively involuntary, collecting too many types of data , and insufficiently limited in terms of data use and sharing.

Indian authorities have launched unprecedented collection, sorting, storage and processing of health data in its response to the COVID-19 pandemic. The initiative requires tools and systems capable of monitoring, tracking and tracing individuals of an equally unprecedented magnitude and scale. The effort also adds unprecedented depth to the digital account of each and every registered and enrolled Indian citizen, contributing to the shaping of digital bodies that are profoundly knowable, governable, and traceable. Public confidence and trust in such an ambitious digitalization process is vital to the Indian government’s pandemic response, and to the future of India’s citizen-state relations.

With a population of nearly 1.5 billion and a government that promises to ‘leave nobody behind’ in its ambitious strategy for digitalization and e-governance innovation, India is an important testing ground for the future of e-governance. The COVID-19 pandemic represents a formidable challenge.

The pandemic has served as a test of the capacity and efficiency of existing relief delivery systems built on the Aadhaar foundation, such as mobile banking with PMJDY and JAM. Moreover, the pandemic has given rise to new apps such as the Aarogya Setu contact tracing app. Among the key concerns among users is privacy, especially in the event that new versions of the Aarogya Setu app will be able to link the mobile accounts of app users to Aadhaar or JAM. Another major concern is how well the Aarogya Setu app actually works to keep users safe from COVID-19 infection, considering delays of up to 3-4 days in the entry of testing data into the database of positives, and high rates of false alarms, raising questions about the app’s reliability.

How will the Indian government’s efforts to protect citizens against COVID-19 and other pandemics be reconciled with the basic rights and values the government promises to secure, such as the right to privacy, security against identity theft, freedom of movement and the right to make individual health choices? Is it possible for developers to make the new e-governance systems secure, effective and reliable, while also transparent to the individual citizen? How is the functionality of novel e-governance systems and apps such as Aarogya Setu affecting the willingness of Indian citizens to collaborate with COVID-19 tracing, tracking and monitoring, and other public health interventions? How are digital divides affected and new exclusionary mechanisms created by the novel systems of access and entry? Will Indian health authorities be able to collect, sort, store and process sensitive health data safely within the Aadhaar environment? After the exposure of several cases of Aadhaar data theft and misuse, many Indians have doubts about the protection of their Aadhaar data.

India’s first attempt to legislate the protection of personal data, the Personal Data Protection Bill, has still not been passed into law. Nor does India have a Data Protection Authority.

Will contact tracing apps such as Aarogya Setu stay autonomous, or will public health concerns take these apps to the next logical level; the integration of contact tracing into other health monitoring systems such as databases for test results and other personal health data, uniquely identifiable by Aadhaar numbers? If such integration becomes a reality, what are the implications for the right to privacy, and how will this affect an increasingly educated and alert Indian citizenry’s trust in the government?

The COVID-19 pandemic presents a high-stakes test of Prime Minister Modi’s ability to lead the country through an unprecedented health emergency, protect the vulnerable, and deliver on his government’s ambitious technological modernization promise. Crucial to the current COVID-19 challenge is the Modi government’s ability to command and control the national e-governance infrastructure while quickly meeting the need for new technology that is secure, functional, user-friendly and not the least, trusted by the public.

India’s use of technology in the COVID-19 response is still in the making. The case of India is well worth watching, not only for the scale and complexity of India’s efforts, but for the vast numbers of vulnerable and poverty-stricken people affected by these efforts, and the lessons India can provide for the design of new e-governance solutions across the world.