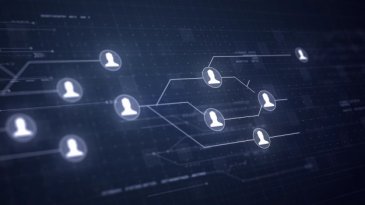 In 1971, the US declared a War on Drugs. In 2001, it began a still ongoing War on Terror. In 2020, the country has initiated a global War on Data to ‘combat’ the malicious collection of US citizens’ personal data. It is the first time that America is going to war for its population’s digital bodies. While this represents a further shift of the battlefield to the domains of cyberspace and trade, there is a likelihood that this war too will entail significant human suffering.

This blog post thinks through the consequences for humanitarian aid, problematizing the notion of ‘digital body counts’.

In 1971, US President Richard Nixon declared a War on Drugs (WoD) to eradicate the sup­ply and demand for illegal narcotics. This global campaign consisted of drug prohibition, military aid and military interventions. The toll of this war – both human and financial – has been enormous, costing billions of dollars and taking thousands of lives annually.

In 2001, US President Bush began a War on Terror (WoT) in response to the 9/11 attacks. This global military campaign has led to between 480,000 and 507,000 deaths in major theatres of war (Afghanistan, Pakistan, Iraq) alone. As the security and reliability of data links improved, the WoT evolved into an increasingly remote form of warfare, using armed drones. This also entailed an extension of the battlefield, illustrated by the rising number of US drone strikes in Somalia. Adding to the violence was the merger of the WoD and WoT, as illustrated by the Colombian example.

“At the president’s direction, we have taken significant action to combat China’s malicious collection of American citizens’ personal data”, Commerce Secretary Wilbur Ross stated in September 2020. The rationale he gave is familiar, namely that the US wants to promote “our national values, democratic rules-based norms, and aggressive enforcement of US laws and regulations.” While the other wars have depended on military tools from the outset, at present the WoDa ostensibly relies on a weaponization of trade policy, commerce and regulation – and the expansion of military logic to these domains.

While tensions around global technology hegemony has been budding for years, we suggest that the official ‘launch’ of this campaign was the US extradition request for and subsequent detention of Huawei CFO Meng Wanzhou in Vancouver December 2018 on the basis of fraud and conspiracy to circumvent US sanctions on Iran. In 2020, this campaign – also labelled a “Tech Cold War” or a new “World War over technology” has been ramped up, focusing on restricting technology flows to China, revamping global technology supply chains, barring certain industry actors from infrastructure projects (such as Huawei’s 5G network) and attempting to curtail US users access to Chinese digital goods and platforms like TikTok and WeChat.

This is also the first time that America is going to war for its population’s digital bodies. ‘Digital bodies’ are images, information, biometrics, and other digitalized data that represent the physical bodies of populations, but over which they have little control or say. Issues of control and say are particularly pertinent where such data is stored in databases to which access may be granted (e.g. via more or less public data sharing agreements), forced (e.g. hacking), or occur as a byproduct of accidental leaks.

While WoDa at this point in time has a clearly designated enemy – China – its impact is likely to significantly impact civilian populations – and their digital bodies – globally, though likely with particular significance for populations already affected by WoD and WoT. This is because of how digital data gathering has been particularly intense as a counterterror technology, collecting enormous amounts of digital footprints on terror suspects including where the grounds for suspicion may be weak at best (we get back to this).

This requires us to think through the notion of digital body counts – not as a measure of disappeared US platform users and dead accounts, but as a critical human security issue. Crucially, we are concerned that the new WoDa is also likely to lead to bad humanitarian outcomes and real body counts.

In the following, we identify three humanitarian aspects of the WoDa.

Our initial takeaway is as follows: For people in war zones, the onset of a WoDa has potentially serious security implications for communities and aid actors. This is not about abstract notions of digital bodies and virtual body counts, nor is it a question of risks to privacy and data protection only. This is about life and death. As a tech-reliant humanitarian sector inevitably finds itself implicated in WoDa, it risks becoming more than involuntarily entangled: for example the digital bodies that humanitarian practice produce may increasingly become targets in this war; because the concept and moral imperative of humanitarian aid is put into play, and finally because access to humanitarian assistance might be compromised as the sector gets further enmeshed in these great power rivalries.