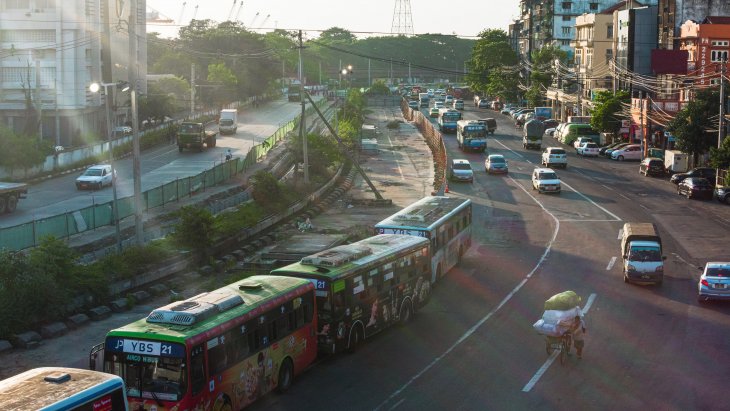 Aung San Suu Kyi’s National League for Democracy secured yet another large majority in the Myanmar parliament in the national election. But, despite the Nobel peace laureate’s party being in power since 2015, progress in the war-torn and troubled country remains hampered by both structural restraints and the absence of political will.

When Aung San Suu Kyi and the NLD won a landslide election five years ago, the long repressed people of Myanmar had high hopes that she would be able to amend the military’s undemocratic constitution, implement democratic reforms and welfare programs and – last but not least – achieve peace in a country marred by more than 70 years of multiple civil wars.

Since coming to power, the NLD has proved to be disappointingly incapable of bringing substantial reforms. And the already fragile peace process has stagnated in a rigid and inflexible structure. Aung San Suu Kyi’s leadership has also come under intense fire after a lack of action over the treatment of the Rohingya Muslim minority in Myanmar, which has been referred to as tantamount to “ethnic cleansing”.

The NLD administration has been top-down and unwilling to capitalise on Myanmar’s vast human resources of young and capable people that would have been ready to serve the country’s first legitimately elected government in half a century. The NLD has been preoccupied battling the powerful military and securing its own position, much at the expense of nurturing relations with ethnic minority parties and civil society groups. It hasn’t helped matters that the Rohingya, among other minority groups, were excluded from voting in the election, ostensibly for reasons of security.

Despite the disenchantment among some ethnic minorities with the NLD, the party was destined to win this year’s election, due to the unchallenged position of Aung San Suu Kyi as the only viable national leader – particularly among the Burman majority population who still see her as the only guarantor against military rule.

But it is becoming increasingly clear that her administration is unable to solve Myanmar’s challenges. There is though, growing pressure for change among courageous individuals across the country that struggle every day to mobilise for collective actions to transform their communities and inspire positive developments and a safe, prosperous and peaceful future.

School teachers, journalists, lawyers, farmers, doctors, land rights activists, community workers, artists, former political prisoners, students – people from all walks of life – work hard to educate their communities about their rights, about justice, solidarity and peace. Some of these individuals express their opinions openly, confronting the government or the military directly. Others work quietly in their communities to change perceptions and create solidarity between groups over common interests. Some are young and come with energy and new ideas. Others have fought a lifetime for peace and justice, steadily manoeuvring a repressive and dangerous environment and adapt to changing political realities.

As part of a research project by the Peace Research Institute Oslo (PRIO), we have conducted life history interviews with dozens of such individuals working for peace and justice in three war-torn countries: Syria, Somaliland and Myanmar.

In our project, with PRIO and PositiveNegatives at SOAS, University of London, we have engaged local artists to produce animated films picturing some of these powerful stories of individual bravery. From Myanmar, we animated the story of Kachin land-rights activist, Daw Bawk Ja Lum Nyoi.

As a child, Daw Bawk Ja had to flee from the war and grew up in poverty and hardship. She studied and worked hard and realised the injustice around her. Fearless, she took on the big military-aligned companies and high-ranking generals exploiting the community and started educating farmers in her community about their rights. Her story is one of many in Myanmar where individual deeds inspire and can effect societal transformation in conflict contexts.

Our project has found that the movements that develop into positive societal changes tend to come as a result of the work of countless individuals’ mobilisation for collective actions in their communities. These courageous individuals have all faced great risks and made multiple personal sacrifices. Some of them have even experienced imprisonment, torture or the loss of loved ones.

Myanmar is coming out of this election with the realisation that the road to a just and peaceful society will be long and winding for years, maybe decades to come. But the country’s future leaders – the people who will move Myanmar forward – are already at work, making a difference to their communities.

This piece was originally posted on The Conversation and you can find it by clicking here.

You can also find it in Norwegian at Asiapunkt, here.