Over recent years few countries have made significant progress toward sustaining peace. It is important to better understand what works and what does not in conflict-affected countries. Here I will present a summary of my research on peace-building efforts in Haiti throughout the period 2004-2015, as well as some additional considerations of the political crisis of 2016 and ongoing crises since. 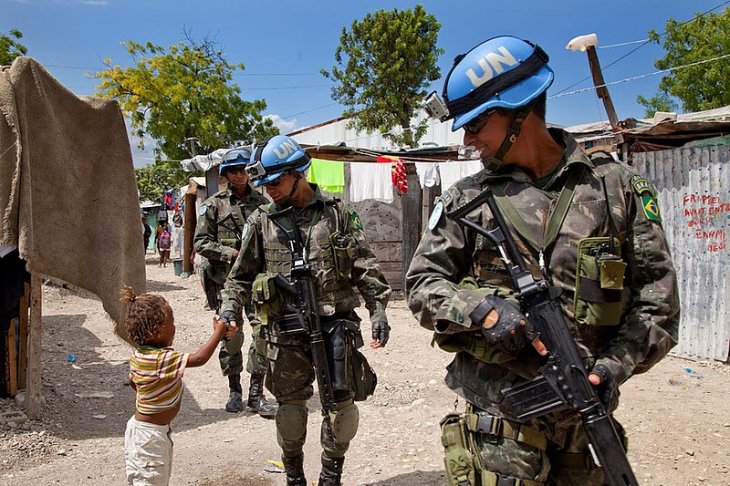 Can we avoid a conflict relapse? The answer is complex and, to a large extent, case sensitive. The research I carried out in Haiti focused on one methodological tool, the Post Conflict Needs Assessment (PCNA), which is, in many ways, a sort of Transitional Plan. The PCNA is usually led by World Bank and the United Nations, together with national and international counterparts. Since 2000 this methodology was developed in more than 15 countries, including Soudan, Somalia and Georgia. https://www.un.org/peacebuilding/policy-issues-and-partnerships/partnerships/un-worldbank-partnership The PCNA tool was applied to Haiti following the minor conflict outbreak in 2004. In retrospect, did it work?

The context of the crisis

The crisis in Haiti was, just as many other development issues, sui generis. In 2004, President Jean Bertrand Aristide was ousted as a result of an insurgency, internal turmoil and severe international pressure.  Despite divergent interpretations, there is little doubt that the crisis led the country towards chaos and anarchy. The civil service was shortly disbanded, the National Haitian Police almost disappeared, and illegal armed groups appeared to be in control of the country. The economy was also badly hit, but the impact on physical infrastructure and the number of people killed remained relatively low, when compared with other armed conflicts around the world.

One day after Aristide, then elected president, left the country, a unanimous United Nations Security Council resolution was voted in, a multinational force was deployed, and a new president -following a constitutional order- took office. A few days later an interim Prime Minister was appointed[i] and a three-month PCNA exercise quickly became its recovery and development roadmap. It was named the Interim Cooperation Framework (ICF). This joint effort was conducted by the interim government, supported by the international community and backed by a large-scale UN mission (MINUSTAH), in order to pave the way for presidential elections.

The Interim Cooperation Framework: a tool of stability

The ICF was somehow a quick and technocratic solution to a very complex political problem. That said, it was inclusive enough to reflect political, economic, social and environmental considerations, and to build on pre-existing plans and lessons learned. This framework mobilized more than US$ 1 billion in international support which mirrored the transitional needs.

Could we say the ICF was successful? The research conducted reflects the results of 51 interviews of high-level national politicians, public servants and civil society experts, as well as international workers, which have played a key role throughout the transition phase[ii].

There are four lessons learned which resulted from the research:

The ICF was indeed a successful tool, which contributed to setting the basis of peacebuilding. 81% of interviewees said the ICF was useful. To the question of “Ten years later, do you think that the ICF contributed to the stability of the country?” up to 68% agreed, both Haitians and foreigners alike. The main outcome of the ICF was a successful electoral process in 2006, which ensured a pacific transfer of responsibilities to the new elected president, René Préval. In addition to this, improvements to human development, security, human rights, and dialogue capacities were evident over the decade.

Ownership was limited to the interim government, but did not reach the entire society. The ICF document was more appropriated by the international community than the Haitian government, and certainly it was not appropriated by the overall society. Efforts to make the ICF culturally sensitive resulted in a strong integration of Haitian experts in the process, and led to a significant interim government appropriation, though not necessarily a national ownership.

Implementation was below expectations. Implementation is, indeed, a critical part of peacebuilding efforts. The research found Haiti´s intervention to have had a medium-low level of implementation during the two-year period, with positive outcomes on some security-related issues (such as the restoration of National Haitian Police) and some technocratic issues, such as the management of public finances, public-sector reform, as well as moderate advances in education. Interestingly enough, it seems that the majority of commitments made at the 2004 Donor Conference were somehow disbursed.

A comprehensive approach between economic, political, security and development issues was not fully reached. Although it was clear that the ICF intended to be the “recovery framework”, and bearing in mind the government participation ensured consistency with the International Monetary Fund Program, other components were less satisfactory.

Obviously, the severe security conditions between 2004 and 2006 became a constraint to the ICF implementation. Over the decade, the catastrophic 2010 earthquake, which claimed more than 200.000 lives, also had a serious impact on peacebuilding efforts. That said, the ICF was instrumental in improving the political environment and the security situation became relatively calm after 2006, when compared with Latin America and the Caribbean homicide rates. 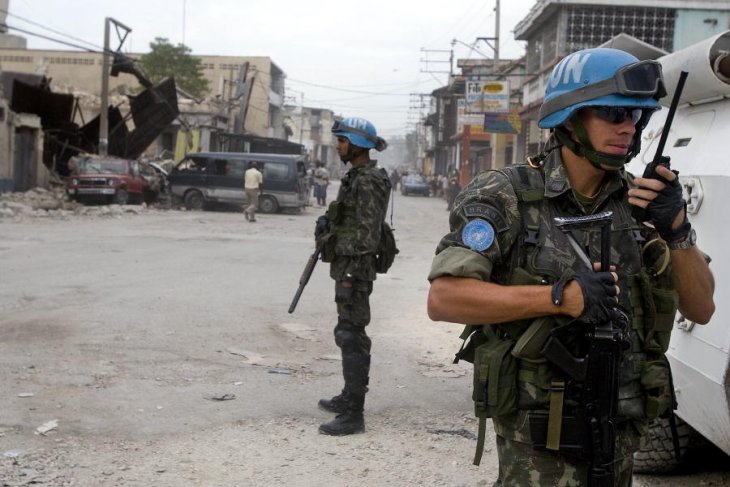 By the time I defended my dissertation, the situation in Haiti had worsened. The research showed that 3 out of 4 people interviewed believed that the country was better prepared to face a new crisis in 2015, when compared to the 2004 situation. Would this assumption become true?

The results of the research proved to be right barely 6 months later. In January 2016, President Michel Martelly, had to leave office without having completed the electoral presidential process. Following a Haitian process of negotiation, interim president Jocelerme Privert ruled the country for a year, until the new electoral process was concluded. This was a pacific and consensus-building exercise. While there was some instability, this year of transition appeared to be relatively calm. The country showed, at that point, a certain resilience to cope with the crisis.

In February 2017, a new president, Jovenel Moïse, came to power. Ever since, the country plunged progressively into a new political crisis. Moise did not benefit from the same generous post-earthquake recovery funding as his predecessor, and he saw the transition from a 15-year UN peacekeeping mission to a small UN political mission, BINUH. But he did not maximize some dialogue opportunities, which eventually led the country to a compounded humanitarian and political crisis.

We are in a different scenario than 2016´s crisis, for at least three reasons.

First, the executive power does not have sufficient control. Since last year, there has not been a functioning Parliament (only a third of the senate is currently in place) and the Supreme Court has been recently restructured by Presidential decree. The mandate of other national institutions remains controversial amongst Haitian actors.

Second, the gangs have spread all over the country, raising concerns for the safety of future elections and everyday lives. Unsurprisingly, the humanitarian situation remains complicated.

Third, because the last serious dialogue attempt between the Presidency and the opposition, supported by the UN, OAS the Apostolic Nuncio and 90% of the population failed by unknown political calculations. https://peacekeeping.un.org/fr/les-haitiens-ont-choisi-le-dialogue-les-nations-unies-les-soutiennent  One year later, Haitian resilience is at stake.

Today, it is unclear if there are the minimal conditions needed for a meaningful and safe dialogue, as many national actors claim Moïse’s mandate was over by February 2021. The president and most of the international community, however, believe this mandate goes until February 2022. Beyond the controversy over the date, without a dialogue or a negotiation, the country will likely head into a deeper crisis, with unforeseeable consequences. After fifteen years of imperfect democratic continuity, and a traumatic post-earthquake recovery process, Haiti deserves better.

[i] This interim government did not include Aristide former officials

[ii] The interviews were balanced (50% Haitians, 50% international experts) and included two former Prime Ministers, the Special Representative of the Secretary General of the United Nations and its Resident Coordinator.