Facebook is Myanmar’s dominant media platform. Now the country is again a dictatorship. In 2018, Facebook banned commander-in-chief Min Aung Hlaing for his role in the expulsion of the Rohingya. Now, as the country’s new dictator, he temporarily shuts down Facebook. 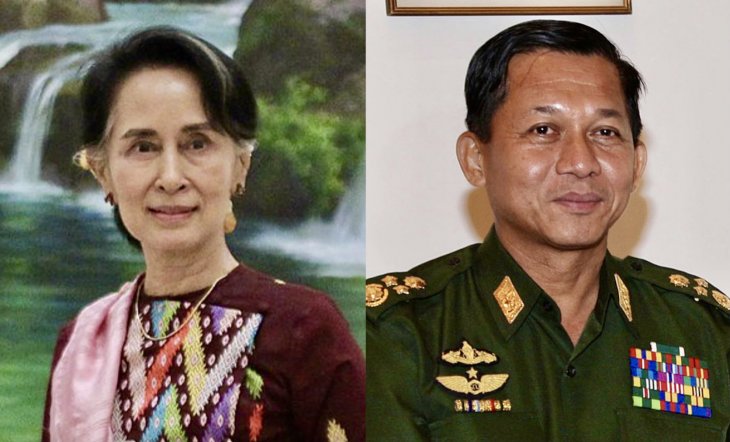 Myanmar’s many conflicts have given Facebook director Mark Zuckerberg one headache after another. He and his regional boss in Singapore have been forced to take a number of tough decisions. After the February 1stcoup, Facebook staff were instructed to use all their tools to remove disinformation and incitement to violence – and protect criticism of the military coup. Myanmar’s new dictator, Min Aung Hlaing, reacted by shutting down Facebook temporarily until the night between February 7th an 8th.

Facebook Messenger and Whatsapp have long been the main channels of communication between Myanmar’s politicians, bureaucrats and officers. They also use Facebook to communicate with their constituents. Myanmar’s newspapers and TV stations have given priority to marketing themselves through Facebook. Its platform contributed greatly to Daw Aung San Suu Kyi’s overwhelming election victory on November 8th last year. As the results poured in to the Electoral Commission they were publicized on Facebook.

The slightly old-fashioned Aung San Suu Kyi was late to grasp social media’s possibilities. Her Facebook page was full of boring bulletins. But when the pandemic struck in 2020, she stood out personally and motivated people for virus protection. The struggle against Covid-19 coincided with the election campaign, which her party, the National League for Democracy (NLD), dominated totally.

Aung San Suu Kyi’s nemesis Min Aung Hlaing – commander-in-chief of the military forces (Tatmadaw) and now head-of-state – was quick to seize Facebook’s importance. During Myanmar’s digital revolution, which gained momentum from 2014, he posted frequent messages on his private profile as well as on the official pages of the military. In 2017, he had over two million followers, about twice as many as Suu Kyi. The Tatmadaw set up a number of support groups as well – such as “We love the Tatmadaw” – that agitated against ethnic rebel groups. The worst attacks were directed against the Muslim Rohingya.

Like elsewhere, social media’s development in Myanmar has gone through three phases. In the free phase,Facebook established itself as the totally dominant Burmese language internet portal on the small number of smartphones that were then used among the country’s upper classes. Until 2014, Myanmar Post and Telecom (MPT) had a monopoly on telecommunications services and SIM cards were horrendously expensive. Facebook could not therefore play a prominent role in the hate campaign that underpinned the ethnic cleansing of the Rohingya from the Rakhine state capital Sittwe in 2012.

In 2014, MPT’s monopoly was abolished, and three telecom companies were granted licenses to develop mobile networks throughout the country: Ooredoo (from Qatar), Telenor (from Norway), MPT (which allied itself with a Japanese company) and Mytel (the result of cooperation between military-owned companies in Myanmar and Vietnam). In this phase, prices fell to levels that even the poor could manage. People who had never had any kind of phone suddenly got a smartphone, and Facebook followed suit. Social media now entered a manipulative phase.

On Facebook, even the smallest of Myanmar’s more than twenty armed groups have been able to pretend that they are independent states

Several companies, organizations and institutions discovered Facebook’s potential for targetted selling, influencing and recruiting. Among the armed organizations, not only the Tatmadaw used this opportunity, but also many of the country’s ethnic armed groups. The most active were the Restoration Council for Shan State (RCSS), which is fighting for self-rule in Shan state in the east, the Ta’ang National Liberation Army (TNLA), which is fighting in northern Shan against both the Tatmadaw and RCSS – and the Arakan Army (AA), a Buddhist Rakhine army which was engaged in heavy fighting against the Tatmadaw during 2019–20 for the purpose of resurrecting the western kingdom of Arakan, which fell to Burmese conquest in 1784. On Facebook, even the smallest of Myanmar’s more than twenty armed groups have been able to pretend that they are independent states, with flags, national days, parades, health care and daily news broadcasts.

The manipulation phase led to the control phase, when abuse and risk became the center of attention. Governments, civil society organizations and international observers demanded that Facebook intervene. Facebook was investing in artificial intelligence to remove anything that was in breach of the company’s community standards and hired more than a hundred Burmese-speaking monitors.

Facebook did not just remove undesirable content, but also decided to ban people and organizations from its platform. In the first half of 2018, Facebook removed the accounts of the Buddhist nationalist network Ma Ba Tha and the profiles of several prominent monks. In the second half of 2018, Facebook removed hundreds of accounts with ties to the military. Commander-in-chief Min Aung Hlaing’s profile was removed on August 27th, 2018 – the same day as the UN released a report on his responsibility for the expulsion of more than 750,000 Rohingya to Bangladesh in 2016–17. In February 2019, Facebook banned four armed organizations that have strong support among the ethnic Rakhine, Kachin, Palaung and Kokang.

Facebook thus deprived powerful people and organizations of the right to express themselves on the country’s most important platform for information and debate. These same people and organizations are indispensable negotiating partners whenever there is a need for a ceasefire or peace agreement. Since no other media platform has been able to compete with Facebook for outreach to Myanmar’s general public, those who have been banned have inevitably tried to come back on Facebook under new identities. In October–November 2020, Facebook removed ten profiles, eight pages, two groups and two Instagram accounts related to the conflict in Rakhine because they sailed under false flags. In that same November, right after the national elections, the Arakan Army and the Tatmadaw agreed to a temporary ceasefire, which still holds today.

Commander-in-chief now head of state Min Aung Hlaing is still banned by Facebook. He is also likely to be indicted in the Hague for genocide or crimes against humanity. He can now only express himself on Facebook through others. After his February 1st coup, he could watch on Facebook how campaigns were formed through multiple individual initiatives to demanded the release of Aung San Suu Kyi, how many people called for civil disobedience and struck kettles or metal lids from their windows or balconies to drive out the military’s evil spirits. The head of state is unable to censor Facebook since its servers are far beyond his reach. He thus ordered the telecom providers to shut down Facebook altogether – for a few days. The providers were unhappy, and Telenor went public with its disagreement. Yet they all followed orders. Savvy Facebooks users turned to VPNs.

Will Facebook be back again on February 8th? Will the company be ready to negotiate with Myanmar’s military government? These are open questions. But one thing is for sure: Myanmar cannot turn back the clock to the days before its digital revolution.