Attacks in the USA and reports of pandemic-related harassment of Asians has brought the #StopAsianHate conversation to Norway. In the summer of 2020, the conversation about discrimination and racism spurred by the Black Lives Matter movement also brought forth topics like the experience of adoptees from South Korea. And the murder of Johanne Zhangija Ilhe Hansen in 2019, which we know was racially motivated, has also been named by Norwegian youth as part of the greater conversation around growing up with an Asian background. 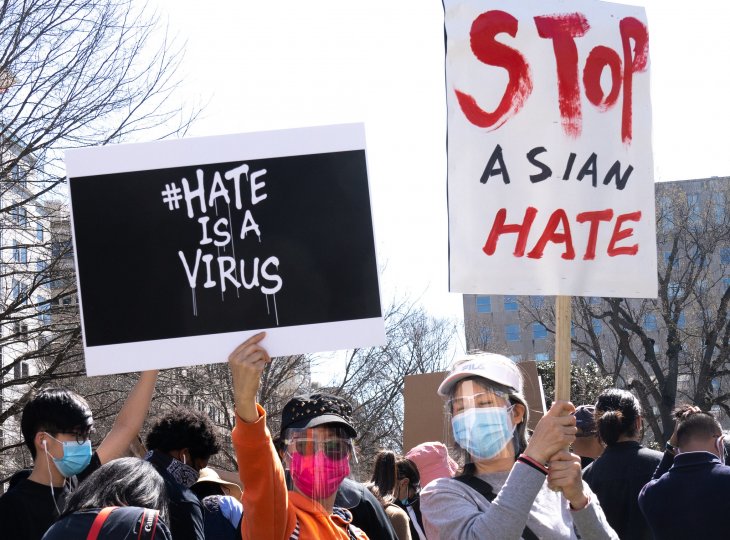 Debates about racism often get stuck in the question of what “counts” as racism or not, or to what extent something is racist based on the intentions of the one saying or doing something. Meanwhile we hear an increasing number of stories from youth sharing the experience of both extreme racist incidents and everyday types of discrimination in which they are treated differently based on their appearance.

We know these are not isolated incidents. We also know that racism and discrimination is not a constant in everyone’s lives – quite the opposite, in fact.

The Statistics Norway report on “Living conditions among immigrants in Norway” (2016) asked about discrimination in various arenas, and asked the respondents to what extent they experienced this as being tied to their immigrant background. In Norwegian this was phrased as being treated differently [forskjellsbehandling]. The survey included 12groups with different country backgrounds; the only one in East Asian was Vietnam, meaning the survey can only tell us something about the experience of Vietnamese immigrants. Still, it can be enlightening in this context.

We can compare this to other groups in the same survey: 25% of people with a Pakistani immigrant background reported discrimination and 22% tied it to their background. For Somalia the numbers are 20% and 18%, for Turkey 21% and 18%, for Poland 21% and 15%.

We can say three things based on these numbers:

But these are the experiences of immigrants, people born in another country. They may have moved to Norway at any point in their life – as 30-, 40-, 50-year-olds. What about the current youth whose parents are the ones who immigrated – born and raised in Norway?

In 2018, as part of the PRIO research project “Governing and Experiencing Citizenship in Multicultural Scandinavia”, Statistics Norway administered a survey to youth on their experiences of discrimination. We looked at six countries that were also part of the living conditions survey, including Vietnam.

One of three with a Vietnamese background said it happened “now and then”, while almost half said “seldom”

Among youth who are the children of immigrants we find degrees of experienced discrimination. We asked what impressions the respondents had of how normal it was for people with their background to experience discrimination based on religion or ethnicity. One of three with a Vietnamese background said it happened “now and then”, while almost half said “seldom”. Very few answered “never”. If we look at those with a Somali background, we see a stronger degree of the same phenomenon: one of three answered “very often”, while nearly 40% answered “very often”.

These are obviously subjective evaluations of more general impressions. Those impressions are important in and of themselves. And in addition, they show there is a problem here: a minority, under 10% in all six country groups, answered “never”.

We also asked about various arenas where discrimination could occur. Just as in the living conditions survey we asked about work and school. Around 20% answered they had experienced discrimination in those arenas, and youth with parents from Vietnam do not stand out in particular here.

The danger of getting stuck in debates over definitions of what is or isn’t racist is very real. We would do better to recognize that children of immigrants experience what many of them refer to as “everyday racism”, differently to their parents. The explanation is simple: they are not immigrants. Norway is their homeland; there is no other country that is more theirs. They are Norwegian. Naturally they see any differential treatment then as unfounded and unfair. The same applies to adoptees.

Maybe it is reasonable that the people who experience discrimination can decide for themselves whether it is “racist” or not. Simultaneously there is a need for sensitivity to the fact that everyday experiences can occur in situations where a focus on intent is of little use, while in other cases the question of intent cannot be ignored. As a society perhaps we should ask: who shoulders the responsibility to improve the situation?