Our research looks at 10 years of truces in Syria. 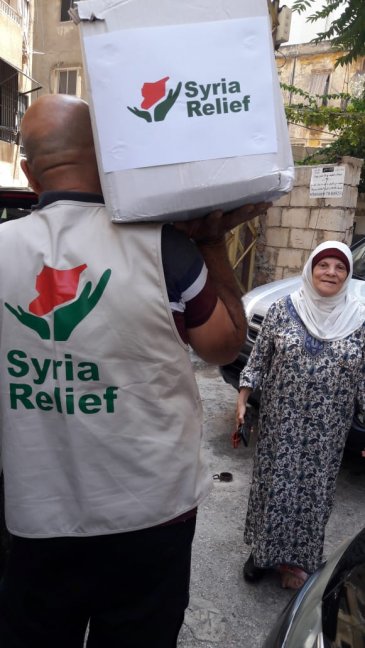 A missile attack last weekend in northern Syria left a hospital in ruins and further casualties in a residential area. But these types of attacks have become less common in Syria. Although this civil war remains among the most devastating global conflicts, the number of fatalities has decreased over the past couple of years, and in 2020 in particular.

What prompted this decline? The ACLED data on fatalities in Syria reveals a sudden decline after March 5, 2020, and a relatively low level of violence since. That’s the date on which Russian President Vladimir Putin and Turkish President Recep Tayyip Erdogan agreed to a cease-fire in Idlib, the last opposition stronghold in Syria.

The apparent success of the Idlib cease-fire is intriguing

Why did this cease-fire apparently hold? More than 140 cease-fire attempts in the previous decade had failed. Our research finds that few Syrian cease-fires had ambitions that went beyond a temporary cessation of hostilities. Instead, the majority of the cease-fires had short-term goals, like providing humanitarian relief or rearming — or hidden strategic intentions. These goals also partly explain why most cease-fires in Syria have had limited success in creating any lasting suspension of violence.

From 2014 onward, the United Nations, United States and Russia primarily used local and often more informal cease-fires as a strategy to de-escalate violence. But local cease-fires also created controversy: Outside countries involved in the conflict and many Syrians saw this as a tactic Syrian President Bashar al-Assad would use to fight the insurgency.

Some might argue that the Idlib cease-fire followed a successful “formula” in comparison with earlier cease-fire attempts. Others might claim that the Syrian conflict was “ripe” for a cease-fire to have sufficient effect.

Several recent developments in the Syrian civil war give support for the “ripeness” theory. The gradual withdrawal of U.S. forces from most parts of Syria, followed by Turkey’s military intervention in Idlib, challenged Russia’s presence in the region. These events — and the coronavirus pandemic — could offer some explanation for the endurance of the cease-fire in Idlib.

We looked at a decade of cease-fires in Syria

To understand the role and dynamics of cease-fires in conflicts, the Peace Research Institute Oslo (PRIO), in collaboration with ETH Zurich, collected data on all cease-fires in civil conflicts globally between 1989 and 2020. Using the ETH/PRIO data set, we can take a closer look at the trends in the number, purpose and duration of all cease-fires declared to date during the Syrian civil war.

The first cease-fire war was declared in January 2012 between the Free Syrian Army and the government. As the level of violence escalated, the frequency of cease-fires also increased, reaching a high in 2016 with 43 total cease-fires in one year. In the following years, the number of cease-fire arrangements gradually decreased as violence declined. In 2020, just three cease-fires were declared.

Over the course of the conflict, the involvement of the United Nations and outside countries in those cease-fires also drastically changed. From 2012 until 2015, the United Nations played an important role as a cease-fire mediator. In 2016, Russia took over as the main external power involved in this conflict, and now most cease-fires are either brokered or initiated by Russia, sometimes with the involvement of the United States, Iran or Turkey.

Here’s what we learned about Syria’s cease-fires

Almost all the cease-fires in Syria have been restricted to specific conflict zones, such as in Eastern Ghouta in 2017, or Idlib in 2020. Only seven cease-fires covered the entire country. The last failed attempt at a countrywide cease-fire was in September 2016, when Russia and the United States arranged for a truce, a move intended to redeploy troops and coordinate airstrikes against Islamist militant groups.

This approach isn’t rare, globally speaking; cease-fires have been known to serve tactical purposes. Buying time for regrouping and rearming, or allowing troops to move and redeploy can be the true purposes behind a cease-fire. With Assad’s forces fighting simultaneously on several fronts, critics have repeatedly accused him of using cease-fires strategically to redeploy his forces to where they are most needed, as in the September 2016 cease-fire.

Of the 142 cease-fires we examined, 44 were instituted on humanitarian grounds, for the most part disconnected from the peace process or broader conflict resolution efforts. These cease-fires served immediate and short-term humanitarian goals, such as delivery of humanitarian aid, and often were in place for a few days or even just hours. From 2016 onward, most of these cease-fires have been Russian initiatives.

The ETH/PRIO data set finds that 87 of the 142 cease-fires declared in Syria had fixed time frames, which implies that the halting of violence was never intended to be anything other than temporary. In all, 39 of these cease-fires were unilaterally declared, meaning that only one party officially committed to each of the truces. Asad declared 30 of these cease-fires. These suspensions of combat also appear to be motivated less by a will to end the conflict and more by political strategy, for example, to elicit goodwill from the international community.

How did the pandemic affect the cease-fire?

A common assumption about cease-fires is that when an agreement includes provisions to encourage compliance, the truces are more likely to be effective. The Idlib cease-fire is a written agreement that also included a security corridor patrolled by Turkish and Russian forces. It doesn’t look notably different from earlier cease-fires declared in Syria; it doesn’t include enforcement measures or references to disarmament, demobilization and reintegration, for example.

However, the context around this particular cease-fire is notable, as the coronavirus pandemic became a backdrop to the war only days after the truce came into effect. It’s difficult to be certain whether this factor has been decisive for the cease-fire’s apparent success, but it does support the theory of the importance of “ripeness” of timing in a conflict for cease-fires to be effective in minimizing human suffering.