The UN Security Council is due to make a decision on a particular and particularly controversial issue pertaining to the humanitarian disaster in Syria by July 10, and Russia positions itself as the key part of the problem and a necessary contributor to a solution.

The discord in the UN Security Council (SC) on the issue of delivering humanitarian aid to Syria might appear quite similar to the bitter disagreements a year ago, resolved last minute before the expiration of Resolution 2533 with a barely satisfactory revision and extension for one year.

The meeting of the Council on 29 March 2021 confirmed that the need in aid is greater, not least because of the heavy impact of the COVID-19 pandemic. Yet, the meeting also  registered apparently unreconcilable differences between the positions of key providers of aid (including Norway) and Russia (backed by China). 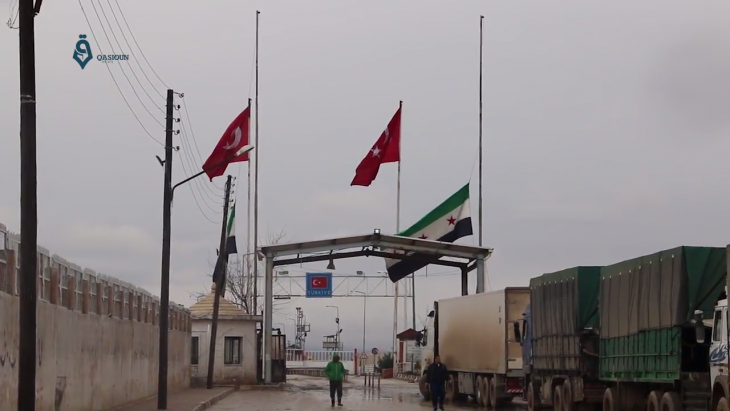 US State Secretary Antony Blinken made an emotional appeal for reopening of two border crossings (Bab al-Salam and Yaroubiyeh) closed in 2020 and for expanding operations through the only remaining crossing at Bab al-Hawa. Russian Deputy Foreign Minister Sergey Vershinin predictably accused Western countries of “open politicization” of humanitarian matters and discrimination against the Damascus-controlled regions; he also asserted that the aid delivered to the Idlib province ended up in the hands of terrorists.

This clash of seemingly irreconcilable approaches makes many stake-holders worried that in the huge task of humanitarian relief for the war-devastated Syria, “pacified” by the brutal dictatorship, Moscow might insist on closing the Bab al-Hawa crossing on the quasi-legalistic grounds of upholding Syria’s sovereignty and thus block a new extension of the Resolution 2533.

… Russia is […] actually maneuvering toward a compromise

These worries are justified; yet, there are good reasons to assume that Russia is not interested in terminating the UN efforts and is actually maneuvering toward a compromise.

As seen from Moscow, the context of the problem facing the UN SC is different in several important ways than it was in spring-summer 2020.

The first major difference is the situation in Syria, where the al-Assad regime has reaffirmed the military victories scored in 2016-2018 with the “successful” presidential elections in May 2021. The elections were crudely manipulated and castigated by a joint statement of foreign ministers of France, Germany, Italy, the UK, and the USA, and denounced by Turkey.

Moscow may not be entirely happy with the blatantly fraudulent reassertion of Bashar al-Assad’s grasp on power, which does little for legitimizing his regime, but has shown unreserved support, and President Vladimir Putin was obliged to send a short message of congratulations.

Moscow understands perfectly well that, looking ahead, the main challenge for Syria – and to the stability of the deeply corrupt regime – is the economic devastation, which was aggravated in 2020-2021.The estimated of costs of the post-war reconstruction at $US 250 billion marks an entirely impossible proposition.

Russia is itself stuck in a protracted economic recession and the imperative to support its Syrian “ally” is increasingly unpopular with public opinion. A key goal of Russian diplomatic efforts, therefore, is to ensure that at least a portion of the 5.3 billion euro aid package pledged by donors at the March Brussels conference will go to Damascus.

What has drastically changed the context of this problem, which has been steadily worsening since the explosion of the civil war in Syria in 2011, is the sharp escalation of the Israeli-Palestinian conflict in April-May 2021. The urgent need to rebuild the badly damaged Gaza takes priority for many donors who could have been persuaded to focus on Syria.

… if Hamas is acknowledged as a legitimate party to the post-conflict reconstruction, why not the al-Assad regime?

The US government tries to make sure that the new aid is channeled through the Palestinian Authority, even though it is clear that Hamas is set to benefit from the international humanitarian efforts. From the Russian perspective, if Hamas is acknowledged as a legitimate party to the post-conflict reconstruction, why not the al-Assad regime?

Another significant difference in the current deliberations on the Syrian issue from the quarrels in 2020, as far as Russia is concerned, concerns the stabilization of the situation around the rebel-controlled Idlib province.

There are still occasional exchanges of fire and air-strikes (the hit on convoys near the Bab al-Hawa crossing on March 21 was noted at the UN SC session), but Assad’s  long-developed plans for a decisive offensive on this last remaining “de-escalation zone” (which hosts some 1.5 million IDPs) that the al-Assad army tried to execute in early 2020, have now been put on hold.

Moscow keeps decrying the de-facto control over Idlib by the Hayat Tahrir al-Sham terrorist organization and periodically warns about provocations with the use of chemical weapons, but shows no inclination to break the delimitation of control deal negotiated with Turkey in March 2020.

Relations with Turkey, still described as “strategic partnership”, have since become increasingly tense, not least due to Ankara’s direct support to Azerbaijan in the November 2020 war with Armenia over Nagorno Karabakh and solidarity with Ukraine against Russia’s heavy pressure in April 2021.

Russia, therefore, may be reluctant to aggravate its relationship to Turkey further by pushing the issue of shutting down the UN entry point into Idlib.

Insightful Russian experts argue about the desirability of a compromise on the new extension of the Resolution 2533 in the coming weeks. Characteristically, the key point in this argument is not the desperate situation in Idlib or a significant worsening of the economic situation in Syria, but the usefulness of this agreement for stabilizing the relations with the USA.

The Kremlin […] would much rather engage in bargaining over the volumes and channels of humanitarian aid than in quarrelling over Belarus or cyber-attacks.

Moscow was eager in 2019-2020 to exploit the imagined opportunities created by the announced intention of the Trump administration to withdraw US troops from Syria, but presently it is reluctant to test the as yet ambivalent guidelines drafted by the Biden administration. The Kremlin has no objections against adding Syria as a discussion point to the agenda of the forthcoming Putin-Biden summit in Geneva, and would much rather engage in bargaining over the volumes and channels of humanitarian aid than in quarrelling over Belarus or cyber-attacks.

Moscow tends to see Blinken’s position as an exaggerated bargaining claim, and it may be significant in this respect that it was Vershinin and not veteran Foreign Minister Sergei Lavrov who partook in the UN SC session and delivered Russian initial response.

Much will depend upon the outcome of the Biden-Putin summit in Geneva on June 16. The Russian side expects no breakthrough, but hopes for an acknowledgement of Russia’s global status, including a major role in the Middle East.

Such recognition should include a readiness to respect Russian interests in Syria, where the status quo is assessed as satisfactory but unstable, first of all because of the severe economic dislocation. Biden’s plan for establishing a pattern of “stable and predictable” relations with Russia may unravel before the end of the year as Moscow would be compelled to move pro-actively in one or another crisis in its neighborhood, Belarus being the most probable target. It has, nevertheless, good chance to work for a few months and allow for opening the talks on strategic stability.

A reasonably positive outcome of the Geneva summit could also pave the way for a compromise on the issue of UN humanitarian aid to Syria, and Moscow might show more flexibility than the key stake-holders expect and could refrain from demanding concessions up to the last minute.

The main Russian condition for extending the Resolution 2533 for another year is a substantial increase of aid coming to Damascus, while the increases of the “cross-line” deliveries could be symbolic.

At this moment in time, which might not last very long, Moscow finds it beneficial to show readiness for responsible behavior, but it needs to harvest some benefits from this good behavior. Russia would much prefer to strike a transactional deal with USA, but the Biden administration, which is yet to formulate a strategy for Syria, might find it useful to work with and through allies and partners, and this opens diplomatic space for trustworthy mediators, including Norway.