Our research project ‘Negotiating the nation’ focused on how different people discussed the nation’s borders and questions related to national identity.

Specific parts of this project examined, among other, how «ordinary» men and women thematized national identity, how mayors on 17 May handled the balance between being inclusive but at the same time emphasizing the national, and how the King in his speeches on New Year’s Eve managed the same balancing act. 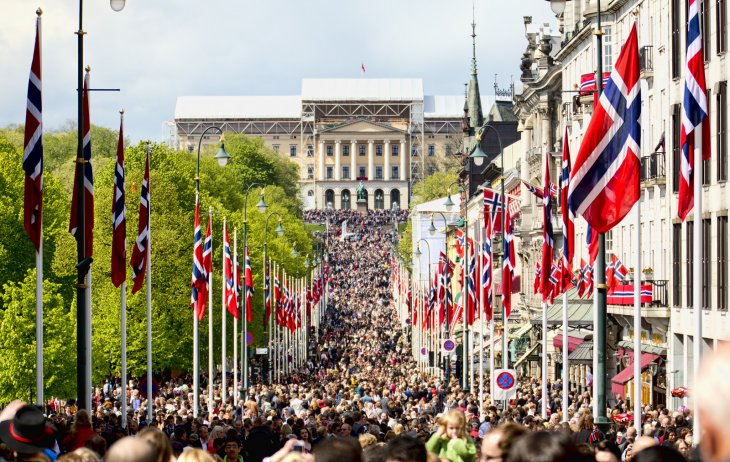 One group in particular was very reluctant to engage explicitly with questions of national identity, namely the backbone of the nation-state, the bureaucrats. Their caution was linked to the exclusionary dimensions of national identity, especially if targeted toward immigrants and national minorities. It is also well known that questions about Norwegianness are often controversial.

Bureaucrats in different institutions have different ideas about the nation

In our latest article we ask what is the imagined community envisaged by bureaucrats assigned to administer the state’s nation-building efforts? We analysed official documents, parliamentary debates, and interviews conducted with 11 bureaucrats based in various ministries. Our approach is that one also needs a better understanding of how people who work in the state sysem think about their work as nation-builders.

In a liberal democracy such as Norway, the state is obviously not closed off from the public and unanimous in its views, but rather is publicly accessible and includes a diverse range of opinions. Nevertheless, it is an interesting paradox when we find that the concepts being drawn on contain elements of both ethnic nationalism and a more civic nationalism.

Some of the bureaucrats we interviewed did not want to distance themselves too far from what they perceived as ‘most people’s opinion’. They reflected on how ethnic origin is perceived as currently relevant in many people’s everyday lives, and were concerned that the state’s nation-building efforts should not be out of step with, or be perceived as remote from, the neighbourhoods, workplaces and schools where people live their lives. Their reflections were characterized by negotiations over dilemmas and conflicts about what the nation actually is.

Based on our interviews, overall, we found different ideas about the Norwegian state’s approach to the national, and what understanding(s) of the nation must, could or should be seen as fundamental. We met bureaucrats who were cautious in their interaction with the concept of the nation, and with ideas about the nation, the national community and national belonging. Their caution was based on their awareness of the inherently exclusionary characteristics of the concept of the nation. For some of the bureaucrats contributing to an inclusive and pluralistic national ‘we’, where national minorities and migration-related diversity had a completely natural and legitimate place in the understanding of the nation, clearly mattered.

the heated debate, in particular about migration-related diversity, contributes to a desire among level-headed bureaucrats to keep their distance and adopt a cautious attitude

The bureaucrats had different understandings of the nature of our shared national values and how community should be defined, and also referred to their own experiences of the nation, as well as that of others. To some, the conceptual basis for the nation and understandings of the nation were very important; for others they were completely unimportant. Some thought that the idea of the nation was, and should be, an implicit frame of reference, while for others it was explicit. While some thought that the state should take active ownership of nation-building as a project, others thought that nation-building was not so important, and that the state should actively avoid projects that had an aura of nationalism.

Explanations of the caution

Bureaucrats’ caution when addressing concepts of national identity and nation-building can perhaps be explained in three ways:

When bureaucrats talk about ‘the nation’, whom are they talking about and to?

When bureaucrats talk about ‘the nation’, whom are they talking about and to? Does this ‘perceived community’ match the demographic composition of the population of Norway today? And what role does citizenship or origin play?

Such questions are equally relevant in all nation-states. For a liberal democracy and welfare state such as Norway, in practice the state bases its understanding of the nation on a future common destiny.

We’re in the same boat – as taxpayers, pensioners or benefits recipients. But how inclusively should the national community be defined? This is a politically controversial question on which the bureaucrats were reluctant to take a clear position. It is an important question in Norway today, however, because what is the ‘imagined community’ that political Norway speaks about, and to?