The plight of Syrian refugees is worsening day by day. They face increasing pressure in all of the primary host countries. The route to a safe haven in Europe is closed. Returning to a Syria in ruins, where the conflict remains unresolved, is seen by most refugees as far too dangerous. 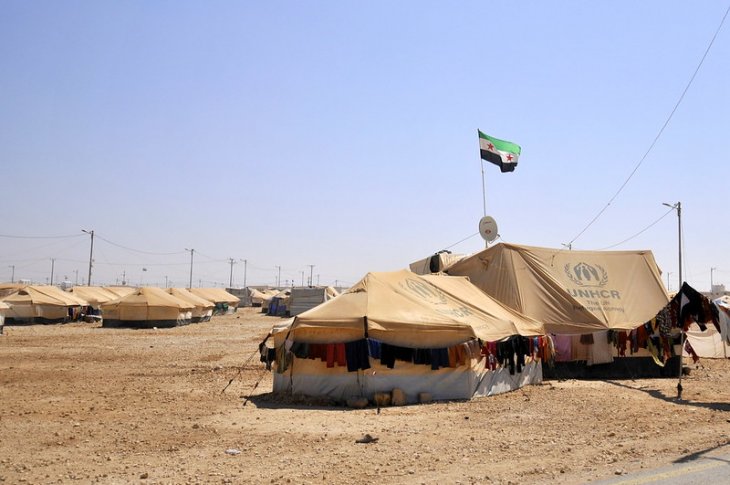 The situation is increasingly desperate for Syrian refugees in the Middle East. There are major differences between the situations in Lebanon, Jordan and Turkey, the three primary host countries. The refugees are treated with varying degrees of benevolence, reflecting each country’s internal tensions, economic circumstances, and foreign policy ambitions. But in all three countries it is clear that pressure on Syrian refugees to return home is increasing. Worldwide, there are more than 6.7 million registered refugees from Syria, more than from any other country. In addition, a similar number of Syrians are displaced within their home country.

Lebanon’s crisis is affecting everyone

At the start of 2021, Lebanon was host to 890,000 registered Syrian refugees. In total, however, the country hosts  an estimated 1.5 million Syrians, corresponding to one in five of its inhabitants. Lebanon has a long history of hosting Palestinian refugees, who tend to live in dedicated camps. A number of Palestinian political groups are active in Lebanon, and this has been challenging both domestically and in relation to the country’s neighbours. For this reason, the Lebanese authorities decided at an early stage not to establish new camps for the Syrians, who were forced either to find rented accommodation or to live in improvised tent settlements. Only a share of the refugees succeed in obtaining satisfactory documentation, and many consequently experience either repeated eviction or seeing their shelters razed by the authorities.

In the last couple of years, Lebanon has returned a limited number of Syrian refugees, some through the use of force. Many are terrified by stories of what these people have found on their return home.

Lebanon’s political crisis has thrown a large proportion of its population into poverty. The healthcare system was severely affected by the explosion at the Port of Beirut last year, and Covid-19 came at the worst time imaginable. The Syrians are allowed to work in certain kinds of jobs, but increased competition in the labour market is heightening frustration among the host population. In the last couple of years, Lebanon has returned a limited number of Syrian refugees, some through the use of force. Many are terrified by stories of what these people have found on their return home.

“The manner in which Jordan has taken in refugees serves as an example to us all,” said Norway’s King Harald during his state visit to Jordan in March last year. Jordan hosts at least 700,000 Syrian refugees, but the actual total of Syrians in Jordan is estimated at almost double that number, 1.3 million. Jordan has maintained a relatively open approach, but its population has become gradually more critical of the refugees, and not least of the government’s refugee policy. A large proportion of Jordan’s population is made up of Palestinians who have obtained citizenship and consolidated their position in Jordanian society. Palestinians comprise a majority of the population, and there is a strong desire for the Syrians not to become permanent residents.

Turkey has 3.6 million registered Syrian refugees. Many live in camps along the border with Syria, from which they have slowly gravitated towards urban centres.

Jordan has long distinguished itself as a stable country that manages to stay on civil terms with most other countries in the region. Like Lebanon, Jordan is also experiencing an economic downturn, and recently its stability has been challenged both by popular protests and by tensions in the circle around King Abdullah. Some critics of the King allege that his treatment of the refugees has been too generous. Even before the global pandemic, Jordan’s infrastructure was stretched to breaking point, and many people see the refugees as competitors for ever-scarcer resources. The economic downturn is affecting everyone, not least the refugees. Access to healthcare and education has diminished, and despite international agreements, the refugees have limited access to the Jordanian labour market. Nonetheless, although new refugees are not being welcomed, it is still not government policy to promote the return of Syrian refugees.

President Erdogan has welcomed Syrian refugees, making a political point of helping a neighbouring people in distress. Turkey has 3.6 million registered Syrian refugees. Many live in camps along the border with Syria, from which they have slowly gravitated towards urban centres. Turkey has an ongoing conflict with the Kurdish PKK, which has close links with the Syrian YPG. In 2019, a strong desire to prevent border regions in Syria from becoming deployment areas for internal enemies gave support to intervention and the establishment of a Turkish-controlled zone on the Syrian side of the border. As a result, Syrians in Turkey became trapped by yet more political intrigue. Turkey has already begun to resettle refugees in the safe zone, to the detriment of the local Kurdish population. For these resettled refugees, the future is uncertain.

Turkey is also experiencing an economic downturn. Among its population, discontent with the refugees and with the government’s policy continues to increase. In Turkey, Syrians have been allowed to look for work, but employers are subject to restrictions, for example regarding the proportion of their employees who can be refugees. Access to education has been relatively good, and the same is true of healthcare. But access to both is diminishing in step with the rise in popular discontent. The establishment of the ‘safe’ zone on the Syrian side of the border following the 2019 intervention was intended to facilitate return, but has had limited effect. At the same time, the Syrian refugees in Turkey have become pawns in a game of high politics between Ankara and Brussels, linked to the agreement to restrict the number of asylum seekers entering Europe.

The Syria they knew no longer exists, and for many refugees, returning home will result in their becoming displaced within their own country.

Europe is closed and Syria is dangerous

The agreement between the EU and Turkey is crucial to Europe’s efforts to prevent a new influx of asylum seekers. Opportunities to reach European countries and apply for asylum are becoming ever fewer; those who nonetheless make the attempt know that the risk is high. The number of people who have fled to third countries with the assistance of the UNHCR has fallen from nearly 40,000 in 2016 to barely 9,000 in 2020. Today, those who manage to get out comprise only a few thousands of the Syrian refugee population in the region. The remainder must either attempt to survive where they are or travel back to Syria.

Many Syrian refugees left their home country because they were persecuted for political reasons, to avoid being conscripted by the regime, or to participate in the resistance. These people do not feel safe in any way, despite the regime’s assurances that they will be welcome. Commerce, the government apparatus and infrastructure lie in ruins, and the authorities are financing the conflict by selling off infrastructure to an increasingly wealthy conflict elite. It is difficult to envisage effective reconstruction under these conditions, and for most refugees, it is difficult to see how they could survive upon return. The Syria they knew no longer exists, and for many refugees, returning home will result in their becoming displaced within their own country.

For Syrian refugees, who know that their situation in their host counties is deteriorating  by the day, and that pressure to return is growing, the situation must be unendurable. At the same time, they are not welcome elsewhere, and many do not dare return. It is difficult to see a solution. A creative initiative – the Jordan Compact – was launched in 2016. The intention was to give refugees opportunities to work and gain valuable skills in a kind of economic zone in Jordan, but the initiative has produced few practical results. Globally, refugee policy is characterized by cutbacks. The prospects of an inclusive political solution to the Syrian conflict are poor. It will require international coordination and a combination of pressure on, and engagement with, the Syrian regime. None of this appears likely in the immediate future.

And the Syrian refugee population will not disappear. Some will attempt to get out of the Middle East. Some will return to Syria, despite uncertainty about what they will encounter. And many will try to remain in exile in neighbouring countries as long as this is at all possible. They are the victims of a war they did not want, a war that is being conducted without regard for their future. They have legitimate reasons to feel betrayed, to be bitter and angry. And there we find some of the seeds of future conflicts.