The wheel of history is now in motion. Russia’s gruesome attack on Ukraine disrupts one of the most significant trends in the history of nation states, namely the astounding absence of large-scale wars of invasion and occupation in Europe since the end of World War II.

For many years, peace researchers have pointed out that civil wars far outnumber interstate conflicts and that in Europe, one can see signs of a “norm” against wars of invasion for the purpose of changing national borders. These were central topics during the early 2010s, when Steven Pinker put much of this optimism into words in his book The Better Angels of Our Nature: Why Violence has Declined. 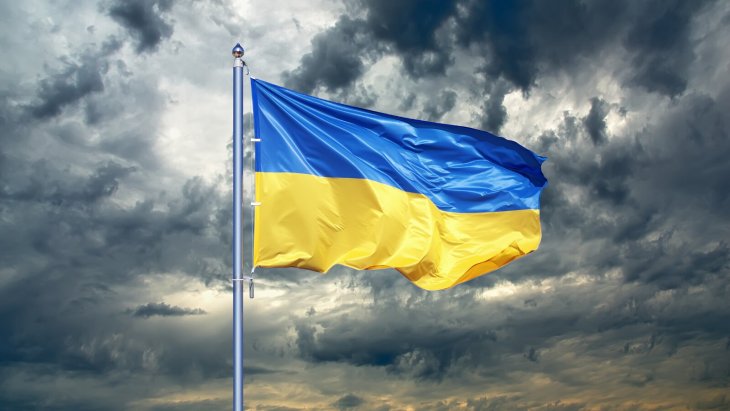 But if one delves a little deeper into the research, Putin’s invasion is not so surprising.

In fact, it is completely consistent with well-known patterns for how dictatorships behave in international politics, and for conflicts between democracies and dictatorships. These patterns suggest that we should explain current events with a strong emphasis on the mechanisms of Putin’s regime, and his autocracy’s attitude to democracies and democratization in neighbouring countries. We could call this a “regime-based perspective” on Russia’s aggressive behaviour.

In the run-up to the invasion, little attention was devoted to a “regime-based perspective” in the media and popular analysts have emphasized a causal perspective we could call “realistic” or “security policy-related”. Briefly, this perspective explains the conflict on the grounds that Russia feels threatened by NATO.

According to this reasoning, Putin only wants security guarantees and an easing of border tensions. This perspective is promoted by researchers such as Julie Wilhelmsen and Tormod Heier, and has gained widespread acceptance in political circles, particularly on the left (as in the Norwegian newspaper Klassekampen’s editorial line). According to this view, Russia is a rational actor with legitimate security concerns. No doubt this perspective has some explanatory force, but it is nothing like the whole story and must be supplemented by other explanations.

Firstly, there is little to suggest that Russia has rational reasons to fear either NATO or Ukraine. Russia has a robust deterrent capability against NATO and all of its neighbours. Russia has nuclear weapons and also the systems to deliver them rapidly to all major European and American cities.

In addition, Russia has what researchers call secure second-strike capability. In other words, if Russia comes under nuclear attack, it can destroy any enemy with a retaliatory strike. A western-oriented Ukraine would not alter this situation. A rational analysis of Russian security policy does not suggest that either Ukraine or NATO poses a threat to Russia’s security. The idea that the Kremlin has developed irrational fears about threats from NATO, despite Russia’s deterrent capability, is credible (see e.g. Bruusgaard), but to understand this it is necessary to understand how such fears can evolve. This requires an understanding of dictatorships.

Secondly, the security policy perspective explains only why Russia would engage in sabre-rattling in order to gain advantages, not why Russia invaded Ukraine. In the longer term, it is difficult to see how an invasion would not increase the threat to Russia; in fact, the invasion is serving to hasten the outcome that Russia – according to its own propaganda – is most eager to avoid: a stronger NATO on its doorstep. This contradiction indicates that the security policy perspective has blind spots.

Thirdly, any explanation of a war must also explain the decision to fight rather than negotiate: as the negotation theory about conflict (formulated by Fearon in 1995) shows, war is always more costly than a negotiated solution between rational actors. A causal explanation of a war must explain why a negotiated solution was not reached, even though the parties had good reasons to want such a solution. According to the research, uncertainty and lack of information are the most important causal factors.

One perspective that resolves some of these issues is the regime-based perspective. Russia must be seen as a classic personal dictatorship that is waging war on a democratic (or democratizing) neighbour in order to secure the regime (not Russia as a sovereign state) against internal threats.

Democratic, western-oriented governments in traditional client countries are a threat to Putin’s regime due to fears of the “transmission of democracy” (a powerful mechanism in research into democratization) and the fear of losing important geopolitical tools for securing the regime’s survival against internal threats.

Firstly, this concurs with what we know about the driving forces behind personalized dictatorships: they see threats to the regime (not the state) as their highest priority, and will do almost anything to hold onto power, because their prospects are extremely poor in the event of regime collapse.

Several analysts have pointed out that Putin has few alternatives other than to cling to power. The idea that Russia’s interventionist policy is driven by fear of regime collapse is also highlighted by several qualitative studies of interventions in neighbouring countries in recent years (such as this study or this study). Russia’s interventions in Kazakhstan and Belarus precisely at the moments that these countries faced the threat of revolution (spurred by a desire for democrary) and Ukraine during a democratizing process, are examples of this perspective.

Personalized dictators [are] poorly equipped to negotiate with democracies

Secondly, the regime-based perspective also explains why Russia is choosing to wage war rather than to negotiate. Personalized dictators have significant informational issues. This makes them poorly equipped to negotiate with democracies.

In recent years, the circle around Putin has shrunk, and there is reason to believe that Putin is surrounding himself with “yes-men” who are reluctant to contradict him or give him accurate information. This dynamic was obvious in the recent video of Putin “holding court” with his Security Council, during which grown men, his intelligence chiefs, were treated – and behaved – like disobedient children. The episode was reminiscent of the behaviour of Saddam Hussein and Joseph Stalin. For many years, research by Jessica Weeks (and others) has shown how personal dictatorships go to war more often than other dictatorships. Her main explanation is that these dictators are so unhampered in their scope of action and so poorly informed that they often embark on hopelessly irrational military adventures.

The link between democracy and peace

democracies almost never go to war with each other

Thirdly, a regime-based perspective would place Russia’s invasion within the context of well-known causal explanations of war and conflict, which have strong empirical support. Perhaps the most important finding of peace research is that democracies almost never go to war with each other, even when one takes into account most other characteristics of democracies (alliances, wealth and so on).

This is known as “democratic peace”. A recent so-called sensitivity analysis of empirical support for democratic peace, by Imai & Lo (2021), concluded that “the relationship between democracy and peace is at least five times as robust as that between smoking and lung cancer.” The best explanations for democratic peace also refer to dictatorships’ lack of institutional restraints on a leader’s (often irrational) warmongering. Putin fits well into these patterns.

We should not be surprised by current events. A study by peace researchers at PRIO (Nygård) and statisticians from the University of Oslo (Cunen & Hjort) showed how the world has in fact become more peaceful since World War II. But the devil is in the details: the researchers also find some support for democratic peace being a possible explanation for this trend. An increase in autocracy could bring about a return to a more violent world.

The Putin regime’s brutal attack on Ukraine must be seen as an example of this. Perhaps some of the explanation lies in perceptions of Russia’s security situation, but the deeper explanation lies in the regime. A good causal explanation addresses counterfactual elements: what would happen if a causative factor had been different.

Hypothetically, if Russia’s security situation remained constant but we substituted a different regime – a democracy – much research suggests that we would not be seeing the current warfare.

Some commentators might say that Russia is not fertile ground for democracy, but that is incorrect. Research into democratization suggests that the conditions in Russia are relatively good, provided that the regime collapses. Russia is a wealthy country with a highly educated population who are not afraid to take to the streets to demand democracy. This is what Putin fears, and what it is absolutely crucial for us to understand.