The Russian invasion of Ukraine on February 24, 2022 — a drastic escalation of an already devastating armed conflict ongoing since 2014 — violates the right of the people of Ukraine to live their lives in a sovereign state and independently shape their future.

While much focus has been on the geopolitics of this conflict, it is the people in Ukraine who are at the heart of it — and will bear the brunt of war. 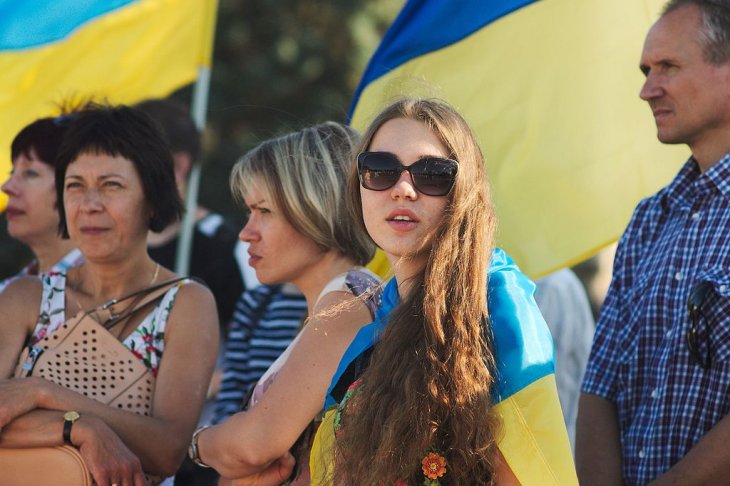 Ukrainians do overwhelmingly not want to be part of Russia, but their views towards Russia have been positive for much of their country’s post-Soviet independent history. Prior to Russia’s annexation of Crimea in 2014, the vast majority felt positively about Russia. These attitudes cooled dramatically with the annexation — and have stayed that way, also due to the war in the Donbas.

Ukrainians do overwhelmingly not want to be part of Russia

Russia’s annexation of Crimea encouraged the Ukrainian leadership to seek closer ties to NATO, though popular support for NATO has been more divided.

A survey that my collaborators and I did in December 2019 showed that while 44 percent of Ukrainians supported NATO membership — and more so in the western and central vs. eastern and southern regions — only a quarter would want NATO troops and bases stationed in Ukraine. Support for military cooperation with Russia was much lower, with about a quarter favouring military cooperation but only four percent wanting Russian troops and bases stationed in Ukraine. About half favoured a neutral position, though again with regional variation.

The survey also shows that people are quite divided in how they view historical vents, for example whether the dissolution of the USSR was a right or wrong step.

More recent surveys show that Ukrainians have become more open to an alliance with NATO, with 56 percent in favour in February 2021. The increase in support for NATO has been most marked among supporters of President Volodymyr Zelensky and among residents in the eastern and southern regions — the traditionally less Western-leaning regions — which researchers have attributed to the fact that Zelensky, who favours both NATO and EU membership, is a Russian-speaker from south-eastern Ukraine.

Ukrainians have become more open to an alliance with NATO, with 56 percent in favour in February 2021

Views are different in the Russian-backed separatist Donetsk and Luhansk Peoples Republics, which are not controlled by the government in Kyiv. A survey we conducted in these territories in 2020 showed that about half of the respondents wanted to join Russia. A separate and more recent survey, from January 2022, in both the government-controlled and separatist-controlled territories in the Donbas, shows that for the majority of this war-weary population who have long suffered, everyday economic concerns are more important than which country they live in.

On February 24, war came to the rest of Ukraine as well. Ukrainians do not want this war, but surveys results from as recently as February 2022, from the reputable Kyiv International Institute of Sociology (KIIS), show that they are prepared to resist Russian aggression to defend their independence.

Kristin M. Bakke is a Professor in Political Science and International Relations, University College London and at the Peace Research Institute Oslo (PRIO).