A recent UN report published by the Secretary General in late January is one of the first to focus exclusively on women and girls who become pregnant as a result of sexual violence in conflict and on children born of war.

The term ‘children born of war’ refers to children born to civilians and enemy soldiers during and after armed conflict. 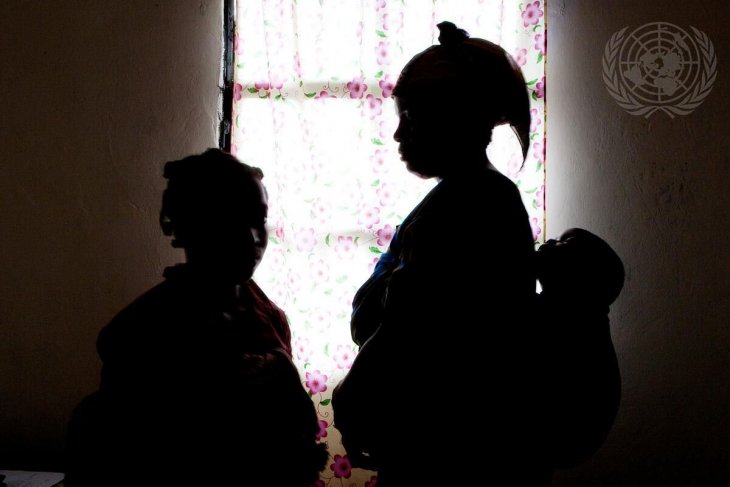 Most often, they are born to local mothers and fathered by men directly involved in the conflict as enemy soldiers, members of paramilitary groups, or peacekeeping troops. Children born of war can be conceived both in conflict-related sexual violence (CRSV) and consensual relationships, including love relationships.

Children born of war can be conceived both in conflict-related sexual violence and consensual relationships, including love relationships

All efforts, including the new UN report, to address children born of war and CRSV survivors are necessary and important.

In any conflict where rapes occur, children will be born of war, but could the new openness also reveal some inherent biases towards these children? Most of them face stigmatization, discrimination, violence, legal barriers to their rights, health challenges, often impacting them for many years and in some cases, for their entire lives.

Reflecting on the narratives on these children, also in UN language, is timely, especially considering the recent invasion of Russia into Ukraine, which is a region in which CRSV has been committed for years. These crimes have been documented by non-governmental organizations and submitted to the International Criminal Court, which has on 2 March announced to open investigations into the situation following an unprecedented call by 39 States Parties to do so.

… associating these children with sexual violence in the way we refer to them can have a stigmatizing effect.

It reduces them to the horrific way in which they were conceived and fails to incorporate other elements of their lives. Depending on other aspects of their identities and the conflict context these children can also face discrimination, statelessness, (forced) adoption, abuse, and more.

Further, the term does not adequately capture the fact that the boundaries between violence, coerciveness and consensus are sometimes blurred. Research indicates that the treatment of the mothers and the children born of war is highly connected to the perception of the enemy status of the fathers and not solely to the act of conception itself.

Evidence on children born of war reaching back to World War II confirms this, as the nature of stigmatization often did not differ for children who were conceived in rape such as children fathered by Russian soldiers in Germany or for children conceived in consensual relationships between German soldiers and Danish or Norwegian mothers.

We have learned that it is important to understand the implications of the terms we use from the perspectives of the children whom we aim to describe.

Children as an afterthought

… children born of war … are neither seen as survivors nor victims. They are mentioned as an afterthought …

This phrasing suggests that children born of war, in the eyes of the Secretary General, are neither seen as survivors nor victims. They are mentioned as an afterthought, associated with the status of their mothers.

It is odd that they are not described as victims since the report mentions several of the hardships these children endure such as “physical injuries, psychological trauma, socioeconomic marginalization, statelessness, discrimination, stigma, and legal barriers”, thus recognizing that children born of war face serious harms. The major problem is that these hardships are framed as impacting “victims and their children”, i.e. primarily the mothers and by extension the children. Why are these children not described as independent subjects in need of focused analyses and follow up?

When subsuming these children’s experiences within their mothers’, there is a risk of excluding these children from reintegration and humanitarian efforts. The Yazidi community in April 2019 for example chose to reintegrate Yazidi women who were abducted and raped by ISIS-fighters, but expressly denied integration of their children conceived in captivity. Many of these children now grow up without their mothers in clandestine conditions. The consequences are negative not only for the children, but also many mothers suffer from being separated from their children. The recognition of mothers but not their children as victims and survivors may thus have negative repercussions for both.

Further, the call for adequate funding for psychological support for survivors of sexual violence is amongst the recommendations in the report, but this does not extend to the children. Children born of war often face long-term psychological impacts and the report even recognizes this on one occasion but still fails to include mention of the children specifically in the respective recommendation.

The report states that some children born of war “express violent behavior”. While it is the sad truth that many children born of war grow up in armed groups or in refugee camps where they are exposed to radical ideologies and violence, often also directed at them, discussions on this should be worded carefully.

It is not these children choosing to express violent behavior; they are socialized in a way where it is almost impossible not to, for example growing up as part of rebel forces as was the case for many children born into the Lord’s Resistance Army in Uganda. Some of these children had to spend the greater part of their childhood in the “bush” without access to schools but with constant exposure to violence and armed attacks.

Framing these children as security risks can have drastically negative consequences for them. A more sensible way of engaging on this issue could be to fund programs for de-radicalization and integration, but the recommendations of the report do not mention this.

Only one side of the story

The report underscores that many women and girls suffer mentally and physically after pregnancy and having a child conceived in sexual violence. It also calls for access to safe abortions for victims of rape.

These are valid concerns and appeals. Pregnancy can have serious health implications for many women and girls, especially when the pregnancy occurred through rape, and abortion services should undeniably be accessible to anyone.

… the other side of the story: women who want to keep their children but cannot …

The report does not, however, discuss the other side of the story: women who want to keep their children but cannot, either because of forced contraception, forced abortion or being unable to stay with their child.

The inability to stay with the child can have economic, societal or legal reasons, including being actively prevented from staying with their children, as is the case for example for many Yazidi mothers of children born of war.

Situations where women are forced to give up their children in conflict or post-conflict situations can be a threat to these children’s safety. Forced adoption, trafficking, abuse, and poverty should be considered as possible risks for any concerned child.

For women who would like to keep their child, being unable to do so can have similarly detrimental mental health implications as being forced to carry a pregnancy to term.

Furthermore, these children have the right not to be separated from their mothers according to international law, as the Convention on the Rights of the Child, Article 9 states: “States Parties shall ensure that a child shall not be separated from his or her parents against their will”. Both forced motherhood and forced non-motherhood constitute interferences with a woman’s reproductive autonomy, and as such, both should be addressed.

It is critical to address both sides of the story in any reporting on the topic and to acknowledge that children born of war have rights of their own as recognized by the Convention on the Rights of the Child, instead of viewing these children as products of war with rights subordinate to their mothers’.

It is important that the Secretary General devoted a full report on the global plight of children born of war and their mothers as neglected groups within the larger focus on CRSV.

This group of victims has only in the last few years received considerable attention at the international political level, although the topic has been on the agenda in research, advocacy and amongst adult children born of war for several decades.

While the report in some sections advocates for the interests of children born of war, it falls short in other aspects as demonstrated above. The discussed shortcomings reveal the need for increased awareness on children born of war, which has been emphasized by scholars and demanded by activists for many years already.

With great concern we observe the increasing tensions between Russia and Ukraine, a conflict which is not included in the report by the Secretary General, even though it is likely that children may have been born following CRSV committed in Eastern Ukraine.

The Russian invasion into Ukraine on 24 February 2022 could exacerbate the commission of sexual violence in Ukraine, making also the question of adequate responses to children born of war more urgent than ever, especially considering the nationalistic motives of President Putin. In addressing the situation in Ukraine, continued focus and reporting on conflict-related sexual violence, including a targeted focus on pregnancies and children born of war, is needed.

The authors of this blogpost are members of the EuroWARCHILD-project. EuroWARCHILD is a new research project funded by the European Research Council (ERC) and with PRIO as partner, led by some of the leading scholars and experts in this field.

The Project aims to create a better understanding of the needs and rights of children born of war. The biases in the Secretary General’s report underline the timeliness of this research project, which examines three generations of European war children aiming to draw conclusions relevant for today’s conflicts and allowing for the incorporation of the rights and needs of children born of war into humanitarian programming and policy responses.