More than half a million people have fled the Russian invasion of Ukraine through the country’s borders to neighbours in Central and Eastern Europe as of 1 March. In a context of war in Europe, and the human suffering it brings, this blog post offers some rough reflections on mobility and inequality, but also solidarity. 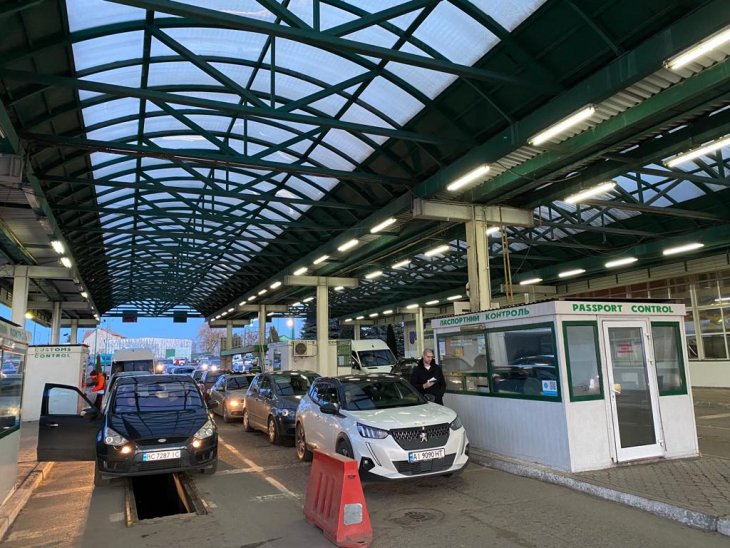 Refugees from Ukraine at border posts in the west of the country. Photo: Border Guard Service of Ukraine / Wikimedia Commons

The most significant displacement of people in Europe, at least since the brutal wars in the Balkans in the 1990s, is occurring now. In the space of four-five days more than 500 000 people have left Ukraine. The true human costs of displacement are known perhaps only by those who have experienced it themselves. In this conflict, as many other, women and children make up the majority of those on the move.

The people fleeing the Russian attacks on Ukraine are for obvious reasons being described as refugees. Indeed, given the aggressive attack and its articulated anti-Ukrainian (non-sensical) justification: Ukrainians are fleeing ‘a well-founded fear of persecution’ based on their nationality, in line with the 1951 Refugee Convention. Equally clear is the fact that other people who were residing Ukraine in February 2022, are fleeing the same violent attacks, in search for safety.

As in most conflict contexts, most people will not leave Ukraine. Indeed, many do not want to, as shown by their will to defend their sovereign country’s struggle for survival. According to IOM estimates before this Russian invasion, some 1,5 million people were already internally displaced within Ukraine, most of them in the country’s east where conflict has been ongoing since 2014.

Today’s situation is uncertain, many people are in shelters, others injured, and some on the move. Many people leaving their homes now, will remain within Ukraine, some out of lack of options, financially or otherwise. Others will seek to remain, taking care of their elderly who might be unable to leave, for other reasons, or as acts of resistance. All people staying within Ukraine are, and will continue to be, those in the most critical need of humanitarian support. Again, like in any other conflict setting, previously and today.

… where is the attention to, and solidarity with the people of Kabul or Damascus now?

The world’s attention is rightly on the streets of Kijv today, and European’s and my own fear of losing the fight for democracy and freedom on our continent, I feel, ought not be brushed off with ‘what-aboutism’. Simultaneously, it is essential to ask, in the name of humanity, where is the attention to, and solidarity with the people of Kabul or Damascus now? How are humanitarian efforts for the internally displaced who remain in Afghanistan and Syria, and in their neighbouring countries, where most refugees after all remain, currently being funded? And, what measures are being taken to support the struggle for freedom and democracy of people beyond Europe?

Solidarity at the border

The mobilisation along the Ukrainian border, not just in Poland, but in Slovakia, Hungary and Romania, to assist neighbours in need, is remarkable. This includes managing (to an extent) to organise the arrivals of tens of thousands of people at border crossings on a daily basis, an enormous task.

This mobilization includes established organisations, grass root initiatives, religious groups, and ordinary citizens, offering up spaces in homes or holiday cottages, donating clothes, food and time as volunteers at the border crossings, as well as at train stations for transit assistance, with information, and in every other thinkable way. This is remarkable, yet also shares parallels to the volunteer efforts in so many humanitarian crises in other parts of the world too. And including citizen activism in Europe in 2015/2016.

Further to this, the role of Ukrainians abroad needs to be noted. Since 2014 and by 2021, an estimated 1.5 million Ukrainians were living and working in Poland, largely on work permits. Many of the Ukrainians entering Poland now are heading to their family, relatives or friends who are already living there. Similarly, the Ukrainian diaspora across Europe and beyond, is mobilizing with cars from Germany, the Netherlands and further afield seen picking up people at border crossings. IOM data from 2021 indicates that some 6 million Ukrainians were living abroad, thought given visa-free travel to EU countries, numbers are not certain, and these include long-term emigrants, as well as students, more recent asylum seekers who have gained refugee status, as well as migrants on temporary work permits. This role of diasporas in providing support for people fleeing violence is well-documented for conflicts all around the world.

In Poland, it has been noted how the support for people fleeing Ukraine spans the political spectrum, reflecting the proximity of events in Ukraine: geographically, but also historically and culturally, in the shadows of (past) surrounding empires. As important context, professor of political science at the University of Manchester Maria Sobolewska explains on Twitter, ‘Why is Poland so welcoming to Ukrainians?’  Offering some historical perspective, which can be explored here: ‘Yes, white refugees are preferred in Europe and it’s wrong, but Ukrainians are more than just white to Poles. For a thousand years we lived in the same country, we fought, we mixed and we killed each other…’.

Questioning people’s motivation to assist fellow human beings is generally a poor course of action. Nevertheless, and justifiably, NGOs in Poland who have been working to support refugees and other migrants who have been victims of the Poland-Belarus border crisis, have pointed out the stark contrast in attitudes and reception of Ukrainians now, and people at the other border recently and remembering 2015/2016. Some commentators are very clear about its systemic and extremely problematic foundations, based in race and religion.

Racism at the border

BBC and other media’s coverage from border crossings with Poland, suggest that Ukrainian border guards are overwhelmed by crowds, prioritizing Ukrainian women and children, leaving foreign nationals, notably from outside Europe, to wait. Other reports suggest Polish border guards are at fault, not allowing international students entry, despite Polish authorities’ approval for the entry of third country nationals leaving Ukraine. The consular staff of African countries such as Nigeria have sought to assist their nationals from Warsaw, Bucharest and at border crossing points.

Polish newspaper Gazeta Wyborcza reported Sunday 27 February from the Medyka border crossing in Poland, about volunteers, who had come to the border crossing to assist international students trying to leave Ukraine. A Polish volunteer had Ethiopian student friends, one of whom shared that they had been cheated by a taxi driver and received verbal abuse from the guards at the border in Ukraine, and had been ordered to the back of the queue there. She was still waiting for some of her co-travellers, 9 hours after crossing into Poland herself, having received warm clothes, food and drink from volunteers.

It remains to be understood exactly what is happening.

Waiting for a group of hundreds of South Asians, a Bangladeshi volunteer (resident of Poland) had arrived to assist them upon crossing the border. He told the newspaper that some Ukrainians expressed a feeling that young foreign men studying there, ought to stay and fight the Russians. Further reports tell of abuse and theft, disproportionately effecting people of colour, in the chaotic queues stretching to the border. Simultaneously, international students who have crossed the border also report that people on either side have assisted them, while border guards have been blamed for challenges experienced, adding nuance to the justified allegations of experienced racism.

It remains to be understood exactly what is happening. That racism against people of colour occurs in eastern parts of Europe, certainly comes as no surprise to people of colour who live there, totally unacceptable as that is. Fortunately, reports confirm that both international students and migrants working in Ukraine from different African and Asian countries, have been crossing into neighbouring countries, some already repatriated.

Human dignity for all people on the move

As the fight for a sovereign, democratic Ukraine brutally continues, and is quite literally and very understandably ‘closer to home’ in Europe and for the EU, important questions about people on the move in the face of war, remain to be answered. These are global questions, ultimately about the legitimacy of international institutions, notably of the UN and of international humanitarian efforts, where it too easily appears as if some human lives are more equal than others.

European states have the opportunity to step up, and show solidarity, beyond race or citizenship status

The current crisis could offer an opportunity for dignified treatment of all those who are escaping Russia’s aggressive war in Ukraine, even as records at the borders in the first chaotic days are not perfect. European states have the opportunity to step up, and show solidarity, beyond race or citizenship status, to all residents of Ukraine now affected, whether through extended visas, temporary protection status, student or work visas in new countries, or assistance with repatriation where countries of origin struggle to organise this.

Both in war and in peace, there continues to be a need for humane and safe pathways for international mobility of people across borders: for refugees and other migrants, as the Global Compacts on refugees and for migration set out. Much remains before human dignity for all people on the move is offered and secured by states around the world, including in Europe.

Meanwhile, humanitarian efforts to assist people on the move within conflict-affected countries, and populations who are trapped or for different reasons may opt to stay, are urgently needed, in Ukraine – and in Afghanistan, Syria, Yemen and the list goes on.