We can be pretty sure that the likelihood of both a coup and a revolution in Russia is significantly higher today than it was a couple of months ago. 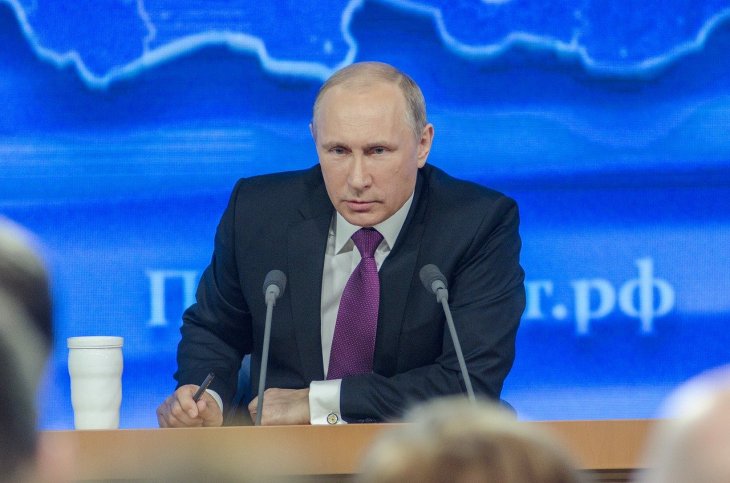 Russia’s invasion of Ukraine looks like becoming a historic event with far-reaching consequences.

Alongside the loss of human life and devastation in Ukraine, the Russian economy is declining at full speed, world market prices of important raw materials are rising and the European Union is demonstrating renewed vigour and ability to interact, among other things.

Could the invasion lead to yet another historic consequence, namely Putin’s fall from power?

If that were to happen, it would mark a watershed. Putin has been a dictator in one of the world’s most powerful countries, and an authoritarian posterboy with admirers and influence throughout the world. The Putin regime has supported authoritarian regimes in many smaller countries, fought in Syria, poisoned opponents, hacked and played havoc with the Internet and interfered with democratic elections, including in the United States.

But can Putin – a leader who has held Russia in an iron grip and (at least until recently) has been considered a shrewd and calculating leader – actually be ousted from power?

A diagnosis of survival

Whether this will happen, in the next year, the next month, or at all, is impossible to predict with any accuracy. However, we can make a diagnosis, based on research on how dictators fall and what it takes for that to happen.

We have done research on authoritarian regimes and how they collapse for many years. Our academic environment will approach the question of Putin’s fall in the same way that a doctor would approach a patient. While medicine may not give a precise prognosis for just when, or if, the patient will have a heart attack, the doctor can give a diagnosis that says something about risk factors and symptoms, and what can cause an illness.

The by now extensive research on dictatorships can be used to make a diagnosis for the survival of the Putin regime in the current situation.

If Putin were to be removed from power by his own, or by the people, it would probably also lead to what we in dictatorship research call a regime breakdown. We don’t know if the new regime would be another dictatorship or a democracy, but if Putin is removed, we expect that there would be comprehensive changes in positions of power and in the way politics is run in Russia. The reason for this is that Putin’s regime is a so-called personalistic regime where much of the power is concentrated around his person. Such regimes rarely survive when the supreme leader falls.

The first thing that might be useful to know about the collapse of authoritarian regimes is that these are rare events, similarly to heart attacks or lightning strikes. During most of the years in the lifetime of a dictatorship, the regime does not experience a collapse. Typically, a dictatorship has between a one and five per cent likelihood of collapse each year,depending to a certain extent on how we define the collapse of a regime, and the time period we are studying. This is roughly comparable to the annual death probability of a Norwegian male in his 70s.

Basically, the likelihood of the Putin regime collapsing is low. At the same time, there are many good reasons to believe that it has increased by many times in the last five weeks, because of the invasion and its consequences.

For example: If the likelihood was initially two per cent a year, it may now have multiplied by ten, to twenty per cent this year. This means we need to consider several possibilities at the same time:

Just as in a relatively even football match that still tilts at 0-0 in the 60th minute of play, there are several likely outcomes from Putin’s struggle to hold onto power.

If the Putin regime collapses this is likely to take one of two forms.

The most common way dictatorships collapse is by a coup d’état. This involves the seizure of power from one or more elite groups, for example elites who have held important roles within the former regime or in the military. Military coups recently deposed long-term dictators in Sudan (Omar al-Bashir, 2019) and Zimbabwe (Robert Mugabe, 2017). Recep Tayyip Erdoğan barely escaped a similar fate in Turkey in 2016.

Another common form of regime collapse comes after a revolution; where a large section of the population takes to the streets and forces the departure of the leader and regime. For many years after the Cold War, popular revolution has actually been a more common form of regime breakdown than a coup d’état, but several regime breakdowns also take place through a combination of coup d’état and popular revolution, where, for example, mass protests push the elites into committing a coup d’état.

A third important way authoritarian leaders and regimes disappear from power is by a negotiated transition, whereby the regime’s leadership realises that the threats by remaining in position are so great that they sit down to negotiate an orderly change, often to democracy. However, this is not as common in personalistic regimes as Putin’s, but occurs more often in dictatorships with strong political parties or in military dictatorships.

Putin is probably – and should be – most worried about a coup d’etat and revolution.

The Putin regime is likely not threatened by other ways in which authoritarian regimes can fall, such as an unexpected loss in elections – for that the regime is too proficient at election fraud – or that a foreign power invades and deposes the regime. Russia’s nuclear weapons are too frightening for that to be possible.

Putin is probably – and should be – most worried about a coup d’etat and revolution. He has gone to great lengths in protecting himself from popular protests through cracking down hard on opposition and controlling the media, and he has protected himself from a coup d’état – from competing elites within the regime – by filling his government with loyalists who pose little threat to Putin, by reorganising the security services, and by isolating himself from others.

These actions probably lower the risk of Putin falling. But, if the regime were in fact to fall, then it would probably fall by means of either a coup d’état or a revolution, or a combination of both.

What risk factors should we now take into account when diagnosing the Putin regime, in light of the Ukraine crisis?

First, it’s important to accept that the regime is a personalistic dictatorship. Such regimes have a relatively high risk of collapsing when comparing them to party dictatorships (such as Vietnam) and especially authoritarian monarchies (such as Saudi Arabia). This is because they don’t have institutions that can absorb conflicts and keep the elites at bay.

At the same time, the leaders of such regimes have very strong reasons to hold onto power as hard as they possibly can, because they often suffer a harsh fate (death or imprisonment) if the regime falls.

Right now, there are several factors that increase the risk that the Putin regime will collapse. Firstly, the research shows that economic crises have a big impact. When the wallets of people and elites are hard-hit they have less to lose, and more to gain, by attempting to overthrow the dictator. Right now Russia is undergoing the biggest economic crisis since its collapse in the 90s. This increases the risk of a total breakdown.

Secondly, we know that internal protests and international wars that go badly are associated with increased risk. For protests to become decisive, however, they must first become so large that it is almost impossible to suppress them.

If the protests in Russia grow to include millions, and key social groups such as the working class and the broad middle class, the Putin regime will be in big trouble. International wars stretch the economy and weaken the legitimacy of the regime, especially after the initial stage, and when they start to suffer heavy human losses.

At the same time, the Putin regime has some forces that usually protect dictatorships from collapse. The most important of them is the fact that the regime has survived for some time, and thus is well established, as well as the enormous oil resources. Young dictatorships are very vulnerable compared to established dictatorships where the dictator has his own people in place and has removed possible threats. Putin has not only been in position for a long time, but appears to have used his time effectively.

Oil resources allow the regime to continue to rake in huge revenues even if the rest of the economy is ailing. Dictators who have oil resources are not dependent on the people (and their acceptance) to make money, and can use income from oil resources to invest in repression or buy themselves supporters.

As long as oil revenues continue to flow, the Putin regime will have a lower risk of collapse than without the oil.

Would you be protesting?

As mentioned, regime breakdowns are relatively rare events that often occur unexpectedly and suddenly. To understand why, we should reflect on the problems that those who want to overthrow the regime – both elites who might want a coup and civil society that might want a revolution – face. The greatest problem, for both coup makers and revolutionaries, is that they have to coordinate between themselves. There is little point in taking to the streets in a revolution if you are the only demonstrator.

At the same time, a coup-maker must have the support of important accomplices, in the security services and the military, to succeed. But such coordination requires freedom of communication without fear of reprisals, which is often very difficult in authoritarian regimes.

A related problem is “preference falsification”; that most people in authoritarian regimes lie about what they actually mean (everyone gives the impression of supporting the dictator) so that it becomes difficult to identify accomplices.

In the Putin regime, such issues are probably wide-ranging. It is difficult to mobilise large protests, and presumably difficult for those in opposition within the regime to find and coordinate with each other. However, the regime’s control of the media landscape and its ability to carry out reprisals is extensive.

Ask yourself: If you had been a normal Russian who wanted a regime change, would you have dared to express this openly to the media, in the workplace or to someone who called to conduct a survey, if you were only slightly in doubt as to whether the regime could find out what exactly your opinion was? And if everyone around you seems to accept the regime, you get an even stronger incentive to keep your opinions to yourself.

So dissatisfaction with the regime can build up over time in a dictatorship, both among people in general and within the elites, despite the fact that everything looks calm on the surface. But once the balloon has burst, and someone starts off an attempted coup or revolution that may look as if it will be successful, many can join the movement and the snowball will gain momentum.

We don’t know if something like this will happen in Russia over the next few months, but we can be pretty sure that the likelihood of both a coup and a revolution is significantly higher today than it was a couple of months ago.

The risk is now probably higher than that of the average authoritarian regime in a “normal” year. Putin may fall.