It is widely believed that Ukraine gave up nuclear weapons that it could have used to deter Russia from the annexation of Crimea in 2014 and the war of aggression launched last month. This is problematic for several reasons. 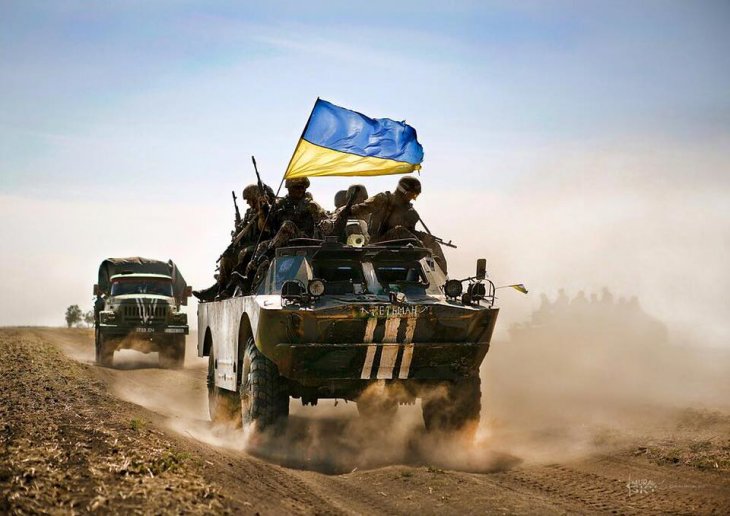 For Ukraine, Russia’s nuclear threats and its attack on a nuclear reactor are doubly tragic and concerning.

The country experienced the world’s worst nuclear accident at Chernobyl in 1986. In the 1990s, the Ukrainian authorities sent nuclear weapons inherited from the dissolved Soviet Union to Russia. Now the Russian government is accusing Ukraine of attempting to obtain nuclear weapons. In addition, Russia described the attack on the nuclear power plant as an act of provocation by Ukraine.

When it comes to nuclear threats and the prospect of
nuclear war, the prevailing perspective is often that of the superpowers.

When it comes to nuclear threats and the prospect of nuclear war, the prevailing perspective is often that of the superpowers. The discussion about Russia’s nuclear threats has primarily focused (with good reason) on what Putin is actually willing to do, and what steps NATO and the USA should take to avoid further escalation. These are crucial questions and challenges that Norway and our allies will continue to debate in the years to come. It is important, however, that the Ukrainian perspective on its nuclear history and the current events is not allowed to disappear or be misinterpreted.

There is a widespread belief that Ukraine gave up Soviet nuclear weapons that it could have used to deter Russia from both the annexation of Crimea in 2014 and the war of aggression launched last month. This belief is problematic for several reasons.

When the Soviet Union collapsed in 1991, the stockpile of Soviet nuclear weapons left in Ukraine comprised what was then the world’s third largest nuclear arsenal. These weapons had been under the operational control of Soviet forces.

… the Ukrainian government was concerned about Russia receiving a monopoly on
nuclear weapons among the former Soviet states.

For their part, the Ukrainian government was concerned about Russia receiving a monopoly on nuclear weapons among the former Soviet states. According to Harvard scholar Mariana Budjeryn, whose forthcoming monograph sheds new light on Ukraine’s nuclear options and choices, the new Ukrainian government was deeply concerned about the implications of a Russian nuclear monopoly among former Soviet states for regional and Ukrainian security.

The Ukrainian government initially sought security guarantees in exchange for sending the Soviet nuclear weapons to Russia. Ukraine also proposed a gradual phasing out of the Soviet nuclear arsenal and also took certain limited steps toward assuming military command over the remaining Soviet nuclear forces in the period 1992–1994.

Ultimately, however, Ukraine decided to transfer the remaining ex-Soviet nuclear weapons to Russia. After several years of negotiations and diplomatic pressure, Ukraine, the United States, Russia and the United Kingdom signed the so-called Budapest Memorandum in December 1994. This memorandum contained assurances that Ukraine’s sovereignty and territorial integrity would be respected. Ukraine accordingly did not obtain the security guarantees it wanted. Even so, Russia undertook to respect Ukraine’s borders and sovereignty. In 2014, Russia annexed Crimea in violation of this undertaking.

Russia is not confining itself to nuclear threats in order to achieve its military goals in its war in Ukraine. The Russian government is also making allegations about Ukraine’s nuclear capacity in an attempt to justify the war. Russian officials, including the foreign minister, Sergey Lavrov, claim that Ukraine has Soviet nuclear technology and delivery systems. It also accuses the Ukrainian government of having plans to develop nuclear weapons within a few months. This week, Lavrov said, among other things, that Russia was forced to intervene to prevent Ukraine from developing its own nuclear weapons.

Russia is unlikely to persuade many that this war was a preemptive or preventive attack intended to deny Ukraine from developing nuclear weapons. Even so, the allegation supports a Russian narrative that blames the Ukraine (and NATO) for the war.

The answers to these questions have become part of the broader debate about the current crisis, and are likely to feature in future debates about nuclear weapons and international security.

In contrast, one might argue that Ukraine’s government could have chosen a different path in the 1990s. Notably, Budjeryn emphasizes that the Ukrainians did have a choice, and that they made the right one by not retaining the Soviet weapons, despite their misgivings about Russia’s intentions. Ukraine was under strong diplomatic pressure, including from the United States, which limited the set of feasible options available to the new state in the early 1990s.

Last week, North Korea conducted a new missile test. Negotiations about a much-weakened Iran agreement are at a critical juncture. It is possible that the case of Ukraine will be perceived or cited by other states as an example of why a country should not disarm of nuclear weapons due to risks of future aggression.

For this reason, it is important to emphasize that the situation of Ukraine differs from that of countries that dismantled nuclear weapons programmes, such as Iraq and Libya, prior to acquiring nuclear weapons. Ukraine chose to give up Soviet nuclear weapons in return for a Russian assurance that it would respect Ukraine’s sovereignty and territorial integrity.

As Ukraine’s nuclear history is becoming part of Russia’s narrative about the war, and even its casus belli, it is important to emphasize these facts.

What does this mean for Norway?

Russia’s nuclear threats and behavior illustrate how nuclear weapons states can use nuclear weapons as a shield for conducting conventional aggression against other states.

This is, unfortunately, not an unprecedented challenge for NATO or other states with nuclear-armed adversaries. Pakistan has adopted similar tactics against India in the past. There are fears that China will do the same against Taiwan. The best response to such threats in Europe and Asia is to strengthen conventional military capabilities. This will be a key challenge for Norway and our NATO allies in the future.

These challenges have implications for Norwegian security. For several years, Norway’s intelligence service has pointed to arms races and regional rivalries as a key concern. The Russian nuclear threats illustrate the challenges that this can entail for European security.

Looking ahead, it could become even more challenging to put in place nuclear risk reduction measures and arms control agreements that can reduce the risks of a destabilizing arms race near our borders.