Many commentators have claimed that Russia’s military leaders must have underestimated the Ukrainians’ resilience and battle morale.

This is most likely correct, but would it even have been possible for the Russian commanders to have made a more accurate estimate? There is reason to doubt that they could have done so. The only way to assess an enemy’s willingness to fight is to actually engage in combat. 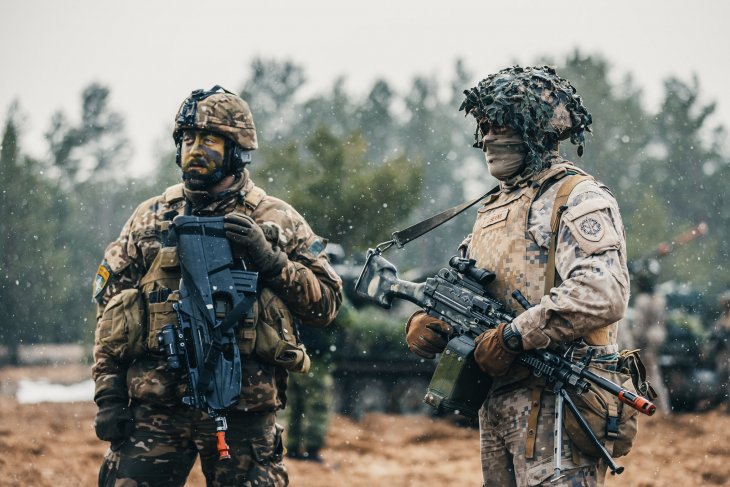 From the time of Aristotle up until the present day, many people have asked what motivates soldiers to fight. There are four main answers:

Since neither anger nor enthusiasm will normally be invoked when fighting on the aggressor’s side, those fighting a defensive war will often have better battle morale.

Subjective battle morale can be decisive when one side has greater objective strength, but loses nevertheless. In Mosul in June 2014, 1,500 IS soldiers defeated government forces that were almost 15 times larger in number. The government forces fell apart. Other examples include the Italian army’s defeat by the Greeks in World War II and the Taliban’s defeat of Afghan government forces in August 2021.

How can we measure battle morale?

As US Secretary of Defense during the Vietnam War, Robert McNamara wanted to put numbers on the relative strength of the two sides, but asked himself: “How does one measure morale?”.[1] David Halberstam wrote that “McNamara’s statistical calculations were useless, because they took no account of the fact that although the ratio was 10:1 in the South Vietnamese army’s favour, this was meaningless because the one was willing to fight, while the 10 were unwilling.”[2] We do not know whether the North Vietnamese soldiers’ greater willingness to fight was due to brutal compulsion (fear) or nationalism (enthusiasm).

In the 1670s, Louis XIV underestimated the battle morale of the countries he attacked. He assumed that the Dutch would capitulate to his demands rather than open their dikes, but he was wrong.[3]

During the American War of Independence Revolutionary War, King George III wrote that the English army would make life so difficult for the Americans that they would have to surrender, but he was wrong.[4] In Vietnam 200 years later, the Americans failed to heed the lesson of this earlier war and repeated the Englishmen’s error.

The English generals in America and the American generals in Vietnam shared the same problem: could they rely on the battle morale of local forces that had declared themselves to be loyalists?

In the 1770s, the English generals were well aware of the problem and decided to acquaint themselves better with the situation by means of a questionnaire and an “experiment”, whereby they placed “loyalists” in a combat situation to see whether they fought. The questionnaire turned out to be unreliable and the experiment misfired.[5] In Vietnam, it became clear that whenever the United States increased its troops, the South Vietnamese would reduce their troops by a corresponding amount, so their combined battle strength remained the same.

In the American War of Independence, enthusiasm was crucial for boosting battle morale. The first skirmishes in 1775, in which the American militiamen defeated professional English soldiers, generated a mood of enthusiasm in the American colonies that made it easy to recruit soldiers and source supplies.[6] The enthusiasm was shortlived, but lasted long enough to secure the Americans a victory in 1777. This victory was in turn decisive for the French decision to support the Americans (a decision helped by the fact that the Americans were fighting France’s arch enemy, which had humiliated France in the Seven Years’ War).

Currently, some research is being conducted into how one could predict battle morale. In my opinion, it is dubious whether one can simulate intense and chaotic combat situations by looking at whether soldiers are willing to “throw their virtual selves onto a hand grenade in order to save their comrades“.

Battle morale is weakened when the people have a bad year (uår), as noted in the Old Norse text Konungs skuggsjá (The King’s Mirror). If the population from which soldiers are recruited is weakened in “morals or intellect”, at best the soldiers can be compelled to fight only through draconian punishments and Kadaverdiziplin (the discipline of a corpse). Perhaps this is the case in Russia today.

Jon Elster is Professor of Political Science at Columbia University. 2002-2012 he was Working Group Leader at PRIO’s Centre for the Study of Civil War.