Despite stop-and-start peace talks, a resolution to the brutal war in Ukraine appears distant. 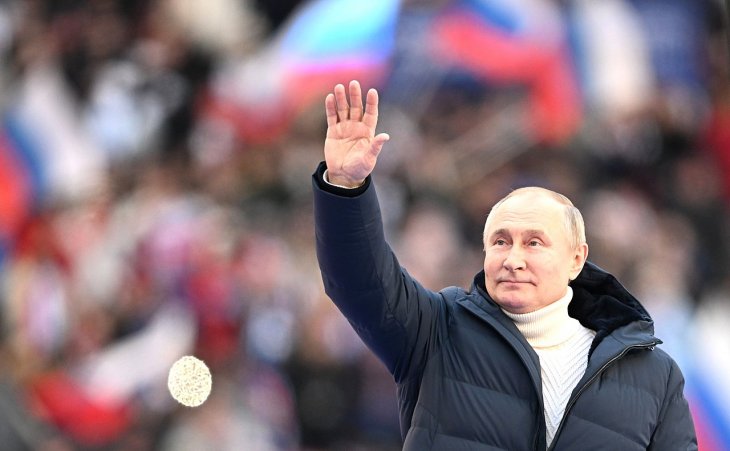 Major cities in Ukraine are faltering. Civilians, including children, are dying of shrapnel and glass wounds, exposure and thirst.

At the same time, Ukraine’s resilience and a coordinated global response means the war is not ending as many expected before it began – with Russia’s swift victory.

As a scholar who has studied Soviet and post-Soviet politics for the past three decades, I see three big obstacles to any movement toward resolution.

First, Putin seems to believe that the net benefits of his war in Ukraine will outweigh the costs. He recently moderated his aimsonce it became clear that his military was struggling to capture Kharkiv, Kyiv and other regional capitals, but he is still in the fight – which means he still thinks he has something to win.

Second, given the intelligence reports that he may have received faulty information, he might be hesitant to negotiate until he is confident that he actually knows what is going on.

Lastly, he seems to believe profoundly that NATO’s and the European Union’s potential acceptance of Ukraine as a member constitutes an existential threat to his tenure and his legacy.

In other words, as the rest of the world insists that Putin’s war in Ukraine is an act of aggression under international law, Putin continues to frame his “special military operation” as a legitimate defensive war – both in the sense of great power politics against growing Western influence and to protect the rights of Russians and Russian speakers in Ukraine’s Donbas region.

Putin may have time on his side so long as he can
control the news and narrative about the war.

Putin and company feel the aggrieved party in this conflict and present it in this way to the Russian population.

Moreover, Putin seems to have domestic support on his side. A recent Levada poll shows that his approval rating has shot up from 71% in February to 83% since the invasion of Ukraine. What this means is that Putin may have time on his side so long as he can control the news and narrative about the war.

The West is relying on sanctions to force Putin to the negotiating table.

But sanctions take time to hurt. Given that its civilians are dying of thirst, exposure and malnutrition every day, time is a luxury Ukraine doesn’t have.

Sanctions are also indiscriminate. They affect leaders but also innocent civilians. And the harm lingers even after the target gives in, reinforcing the narrative that Russia is the victim here, being targeted by the West.

What’s more, Russia has powerful incentives to dig in and continue to fight.

… the information war … is just as critical to an
acceptable long-term resolution as the physical war.

First, the information war currently being waged in Ukraine, Russia and across the world now is just as critical to an acceptable long-term resolution as the physical war. War is many things, including a performance judged by a worldwide audience. If Russians learn the truth, Putin’s leadership could come into question just as Soviet leader Mikhail Gorbachev’s did after the withdrawal of Soviet troops from Afghanistan in 1989.

Putin’s actions suggest he is aware how important his control of information is to winning the war.

This is why he has closed down independent media, frightened off foreign journalists and restricted what Russians can read and see. His government has long prepared ordinary Russians for the outrage of foreigners and hurtful sanctions. So even in the absence of complete control of the narrative, this likely makes Russians skeptical of leaks that suggest Russia is conducting an illegal war in an illegal manner.

Putin’s efforts to control the narrative will be difficult to maintain indefinitely.

It’s true that Putin’s efforts to control the narrative will be difficult to maintain indefinitely. Images of burned-out residential apartment buildings, civilian casualities and refugees fleeing their homes are now seen globally every day. Moreover, as the Russian military continues to see increasing numbers of its members killed, the mothers and fathers, wives and husbands, daughters and sons of the fallen soldiers will demand to know whether their loved ones serving in Ukraine are safe.

The critical question now becomes whether Putin can finish his 20-year project to return Russia to a totalitarian past, with him as leader, or if the war will lead to his political demise.

At the heart of this all is not how Putin interacts with the West but his relationship with Russians. Outsiders tend to judge Putin and his motives by how his actions affect us. For him, his domestic audience is more important. In other words, so long as he can win the information war in Russia, his tenure and immense wealth will remain secure. How the West sees him is not a key concern.

Putin has already been in power longer than any of his contemporary U.S. and NATO rivals. He is likely to stay in power by rigging elections and suppressing his opposition.

But in democracies, leaders change. With a change in leadership may come changes of policies more favorable to Putin. In two years, the United States, for example, may have a new president. Putin only has to hang on until January 2025 in the hope of more favorable treatment.

Putin has tied his personal leadership with Russia’s fate.

Throughout his two-decade tenure as Russia’s head of state, Putin has tied his personal leadership with Russia’s fate. I believe that means he is unlikely to accept a peace that doesn’t involve a guarantee of Russia’s right to intervene in the sovereign affairs of Ukraine. Settling for anything less than reconstituting Soviet “spheres of influence” would mean he would feel a loss of status on the international stage and likely lose considerable popularity at home, especially in light of the costs that Russian citizens have already paid and will likely to pay in the future.

But is this a price the West is willing to pay to avoid an expanding war in Europe?