Combat operations on all key fronts of the Ukraine war continue non-stop, even if without decisive action, but the transit of Russian natural gas to Europe through the Ukrainian pipeline system continues without interruptions. 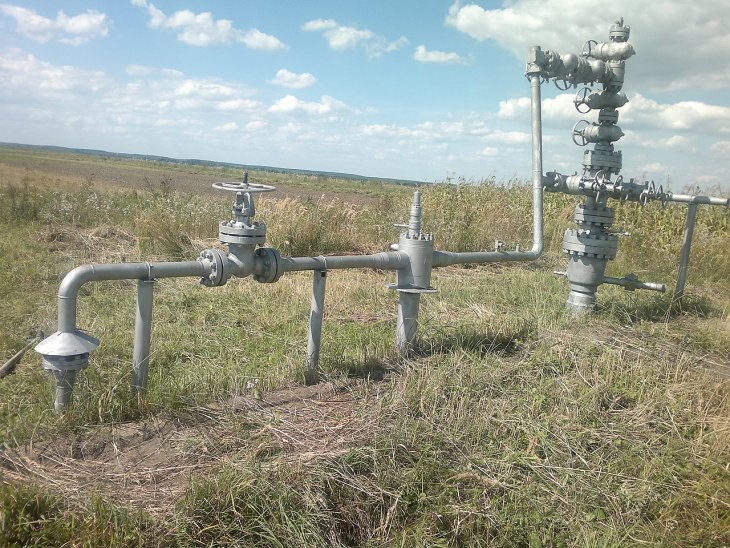 This may appear aberrant given President Vladimir Putin’s well-documented propensity for “weaponizing” energy exports against European customers, most crudely during the three weeks long “gas war” with Ukraine at the start of 2009.

This time, it is the collective West that puts pressure on Russian energy sector, so that Rosneft can only sell its oil at discount conservatively estimated at 20 per cent (RBC, April 1). Russian oil production has started to decline, while the US initiative on banning the import of Russian oil is gaining momentum (Kommersant, April 1). Alarmed by these setbacks, Putin has finally opted last week to make a pro-active move, but it is aimed and executed no better than the flawed Russian strategic plans for the military campaign.

Putin’s demand that “unfriendly countries” (all EU member-states are in the list of 48 positions) pay for the imported gas in roubles caused alarm in Europe and a new spike in energy prices (Kommersant, March 24). French President Emmanuel Macron and German Chancellor Olaf Scholz called Putin for clarifications, and the EU formulated a firm position rejecting Russian “blackmail” (Rosbalt, March 28).

Putin nevertheless issued last Thursday a decree enforcing a new scheme of financial transactions, duly hailed by Russian mainstream media as a major success in disciplining “hostile” customers (RIA-Novosti, April 2). In reality, Moscow had to perform a full backpedaling making it possible for European importers to continue payments in euro as stipulated by contracts using the Gazprombank (which is not affected by sanctions) as the financial agent, which then converts the receipts into roubles (Current time, April 1).

This exercise in “patriotic” energy policy might appear at best senseless, since it is hard currency that Russian financial system desperately needs and every obstacle to its inflow is counter-productive (Forbes.ru, April 1). Putin’s economic posturing may have made little difference for the actual volume and value of gas export, but it is not harmless for Russian energy interests (Izvestiya, March 31). The attempt to formulate demands to gas importers in the same language of ultimatums that was used in the diplomatic offensive against NATO last December is duly registered in the EU agencies (Kommersant, March 31).

This bureaucracy never moves fast, but its plans for reducing the dependency upon Russian energy supplies have gained new urgency and receive new funding, as the threat of Moscow’s decision to cut the deliveries is now assessed in practical terms (Meduza.io, April 1). The Baltic states have reported an interruption in the flow of Russian gas, and Lithuania became the first European state to stop completely this import (Interfax, April 2). Germany is taking direct measures against Gazprom, which is forced to sell its stakes in energy infrastructure and gas storages (RIA-Novosti, April 1).

The severing of the long-established energy ties is going to be difficult and costly for Europe, but it would signify a full-scale disaster for Russia, which cannot hope to find other customers for its gas (SibReal.org, March 30). Russian energy sector is critically dependent upon technologies and services provided by such Western investors as ExxonMobil or Haliburton, and their departure from multiple joint ventures in exploration and extraction amounts to “shock surgery”, which will degrade the most productive assets for many years to come (Nezavisimaya gazeta, March 28).

Putin’s only answer to this curtailing of Russia’s status as “energy super-power” is granting more tax cuts to and cancelling environmental regulations for state corporations, but the methods that failed to sustain the Soviet oil-and-gas industry are not going to work any better in the era of “green transition” (The Insider, April 1).

The volume of volatility in the global energy markets caused by the Ukraine war is significant, but generally less shocking than Moscow expected, and Putin’s expectations that the spike in gas prices would undercut European solidarity are disappointed (Republic.ru, April 1).

He fancies himself as a grandmaster of energy intrigues and plays simultaneously on several boards, including the OPEC+ format, where he tries to promote the case against increasing oil production, since Russia cannot deliver its full quota (Nezavisimaya gazeta, March 29). This old-fashioned cartel led by Saudi Arabia remains reluctant to expand supply and has even rejected the assessments of the International Energy Agency (IEA) as biased (Kommersant, March 31). US President Joe Biden has acknowledged this ambivalence and opted for releasing a steady volume of oil from strategic reserves, which has had an immediate impact on the price (Forbes.ua, April 1).

One major energy importer that stands to benefit from this reduction of volatility is China, where economic growth is curtailed by the continuing COVID-19 epidemic (Meduza.io, April 1). The Chinese leadership finds it useful to keep reassuring Moscow in its unwavering commitment to strategic partnership, but keeps distance from the Ukraine war and monitors carefully the impact of sanction on the Russian economy, particularly on the energy sector (Nezavisimaya gazeta, March 30). At the China-EU summit last Friday, the parties focused on minimizing the damage to the world trade from the war, and while Beijing tried convince the Europeans to chart a political course at variance from USA, it has also registered the message from Brussels regarding the risks of violating or circumventing the sanctions regime (Gazeta.ru, April 1).

Strong evidence indicates that Putin is not fully informed about the setbacks and losses in the military campaign, and quite obviously, he is even less able to comprehend the full scale of economic devastation caused by the sanctions and by the efforts to hide their consequences.

He appears to presume that the refusal of key European oil and gas importers to support the plan for an energy embargo signifies their inability to overcome the dependency upon supplies from Russia.

Much the same way as in the complex equation of the war, the key parameter here is time. Regrouping cannot restore the strength and morale of defeated battalion tactical groups, and gas blackmail cannot diminish European resolve to support Ukraine.

Russian military might is damaged and depleted for many years to come, and Russia’s ability to instrumentalize its huge energy resources may be lost forever.