In the seemingly deadlocked, but in fact fast-evolving, war in Ukraine, two impactful events coincided last week, altering the course of battles and political stand-offs. The first one was the end of the heroic defense of Mariupol, as the last defenders of the Azovstal steel plant came out of their underground fortress. The second one was the approval of the US Senate of the emergency aid package to Ukraine, amounting to the colossal sum of $US 40 billion. 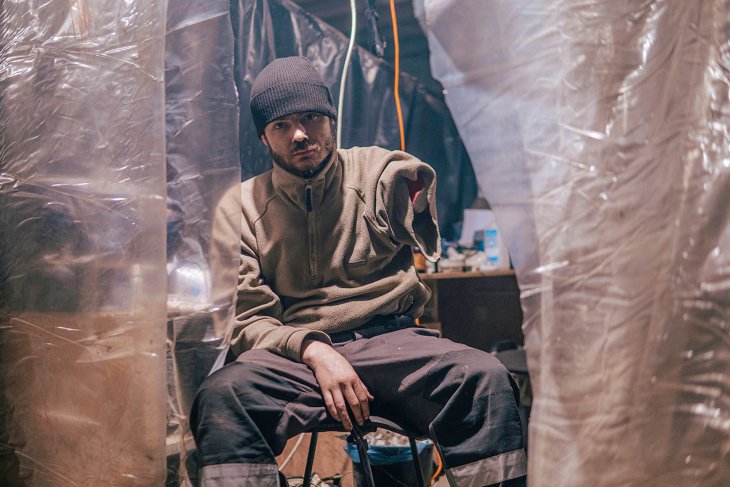 These developments might appear to drive the war in different directions, promoting, respectively, its fast conclusion and continuing transformation. In reality, they signify a new boost to the outstanding resolve gathered by the Ukrainian state and society to defeat Russia’s aggression, and a new high in Western support for this just cause. Nobody wants the war to drag on for years, but since Russian ambitions and Ukrainian patriotism remain incompatible, diplomats have slim chances to invent a compromise and it is up to the soldiers to break the deadlock (Rosbalt, May 19).

Moscow is trying to present the capture of Azovstal as a major victory, and Defense Minister Sergei Shoigu announced the successful completion of the siege and surrender of 2,439 enemy fighters (Izvestiya, May 21). This triumphalism rings shallow as it is impossible to deny the courage of the defenders, who had fought for 86 days encircled by overwhelming forces, and ended their resistance on the order from President Volodymyr Zelensky (Meduza.io, May 19).

…they made a large grouping of Russian forces engage in bloody urban combat. buying time for the Ukrainian army to regroup after the battle for Kyiv…

Their mission was indeed over as they made a large grouping of Russian forces engage in bloody urban combat, buying time for the Ukrainian army to regroup after the battle for Kyiv, to push the enemy eastwards from the outskirts of Kharkiv to the state border and to concentrate resources on the battle for Donbass (Svoboda.org, May 20).

In the grueling battles for Izium and Sievierodonetsk, the Russian command relies primarily on superiority in firepower, as the battalions are increasingly undermanned, but the arrival of various Western long-range artillery systems with high-precision munitions changes the calculus and gives the Ukrainian commanders the initiative to choose the place for a next counter-attack (Nezavisimoe voennoe obozrenie, May 19).

The US aid package

The expansion of US military aid secures the opportunity for Ukraine to build up its offensive capabilities and inflict Russia not just with casualties but also with painful setbacks in its attempts to expand or even keep control over the occupied territories, particularly in the Kherson and Zaporizhzhia regions (Nezavisimaya gazeta, May 18).

It is, nevertheless, a long and hard way to go for the born-again state united around the strengthened government in Kyiv to the liberation of Southern Ukraine, and then to restoring control over devastated Donbass. In this struggle, the economic rehabilitation will perhaps matter even more than military build-up (Forbes.ua, May 11). The newly-approved US aid package effectively amounts to a new Marshall Plan, which made possible the fast revival of Western European economies after WWII. The EU shows readiness to contribute its fair share in the enormous task of in-war and post-war reconstruction of Ukraine’s economy (Kommersant, May 19).

Russia’s economy, in contrast, experiences distortions so severe that official reassurances in the only moderate GDP contraction of 10-15 per cent (unverifiable because of increasingly limited access to statistical data) make diminishing sense (Kommersant, May 20). Trade surplus remains hefty, but it is a sign of weakness rather than strength, because a significant decline in export revenues is over-compensated by the sharp drop of import, not just of consumer goods but primarily of machinery and technology (Nezavisimaya gazeta, May 17). Transport Minister Vitaly Savelyev admitted, in a rare moment of frankness, that Western sanctions have “practically broken all logistics in our country.” (RBC, May 22)

The Russian Foreign Ministry saw this crisis as an opportunity for initiating a withdrawal from the World Trade Organization (WTO), but the economic bloc in the government has managed to persuade Putin of the self-defeating consequences of such démarche (RBC, May 21). What matters the most is the breakdown of many supply chains feeding the defense industries, but Putin’s instruction on re-energizing talks in the WTO cannot possibly open a path for circumventing sanctions that cause multiple disruptions in production of key weapon systems (Riddle, May 16).

Proceeding on the track of protracted war with an exhausted army and a dysfunctional military-industrial complex is clearly a bad strategic proposition. The mainstream stance among Moscow experts is still in support of mobilization for sustaining the “special operation”, with only rare voices arguing that defeat is a distinct possibility (Russian International Affairs Council, May 21). Even the “patriotic” majority has to reflect on the fact that Russia challenges the reunited West alone, while many influential states, like India and Brazil, prefer non-alignment, and China grants only symbolic support (Russia in Global Affairs, May 20).

Hopes that Beijing would come to Moscow’s rescue materially have all but evaporated, and the main new hope, presently, is that an escalation of US-China confrontation would demand priority attention in Washington DC and reduce attention to, and support for, Ukraine (Republic.ru, May 19). President Biden’s trip to South Korea and Japan is wishfully assessed as a step in such escalation (Nezavisimaya gazeta, May 19). Tensions in the conflict-rich but war-free Indo-Pacific macro-region may indeed rise, but the shockingly violent crisis in Europe produces a stabilizing impact as influential Asian leaders become wary of delivering their countries in a trap similar to Putin’s fateful blunder that endangers Russia’s future (Svoboda.org, May 20).

Ukraine is firmly set to defend its future, but the prospect of a long war is inevitably exposing it to great peril. Its society is mobilized for upholding and restoring the sovereignty, and the heroism of the Azovstal defenders strengthens the determination to fight for victory, but the collective desire is to gain this victory in a matter of weeks rather than months, not to say years. For many in the West, the years-long confrontation might seem to be a safer option as Russia’s prolonged degradation reduces the risk of a sudden resort to nuclear instruments.

For Ukraine, however, the need to stop missile strikes on Odesa and Lviv is urgent, and the task of rebuilding Kharkiv, damaged by artillery barrages, is unpostponable. Procrastination could be a useful and even winning war strategy, but the massive US investment in Ukraine’s resilience proves that the alliance of democracies can do better.