The post-Soviet transformation took Russia from a fledgling democracy to a corrupt autocracy, but, since the start of the war against Ukraine, the Kremlin has taken a new turn, which amounts to a resolute top-down effort at reversing what progress has been achieved in modernizing the state system, economy and society.

This experiment is unique not only in scale but also in content, as the Russian Federation — unlike the Soviet Union — had gained access to most high-tech products and services and still remains deeply involved in global supply chains. 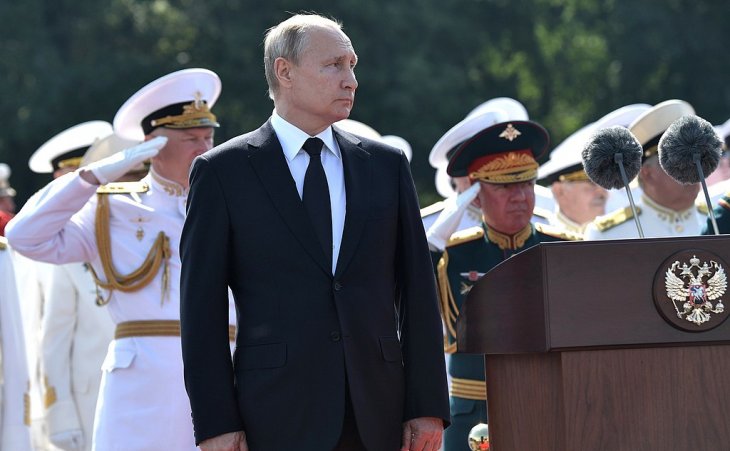 Russian President Vladimir Putin tries to present his resort to projecting crude military power as a forceful blow against the Western-controlled world order, positioning Russia in the vanguard of the presumed revolt of anti-globalist forces (Kommersant, June 23).

Summit of the Global South

His claims, however, found scant support at the virtual summit of the Global South gathered by China on June 24 in the BRICS+ format (a loose grouping of Brazil, Russia, India, China, and South Africa, along with additional ad hoc partners) (Valdaiclub.com, June 24).

Whatever grievances the leaders of Algeria, Argentina, Egypt and Ethiopia might hold, they see few benefits in dismantling the key institutions underpinning the world order — from the World Bank to the International Olympic Committee — while seeking to benefit from the sanctions imposed by these international structures on Russia (Kommersant, June 25).

In such transactional maneuvering, these leaders are monitoring the results of the Russian experiment and making their own estimates of the damage done by the war, from food shortages to the diversion of donor attention (RBC, June 25).

What is typically perceived as the key parameter of success, or the lack thereof, is the depth of economic contraction under the pressure of unprecedented Western sanctions. And while the official estimates of 10–12 percent of GDP decline may not look so drastic, the quality of this recession is sharply different from the possible recessions in the United States and European Union (Rosbalt, June 23; Profinance.ru, June 24).

Household costs are rising in a similar way, but in Russia, the main driver of this inflation is the severe cuts in imports, which help to keep a positive trade balance but result in a steady expansion of poverty (Novaya Gazeta, June 23). The Russian authorities advertise new measures of social support, but the real scope of these payments is much smaller than the dramatic and officially denied spike in consumer prices (Nezavisimaya Gazeta, June 22). One shock that is ignored by the carefully doctored statistics is the sharp jump in the cost of car repairs — a symptom of the deep crisis in the automobile industry, which cannot cope with the broad supply chain breaks (Forbes.ru, June 22).

… “reliance on our own strength” necessitates a return to low-tech industrial structures and designs.

Moscow has declared import substitution as the main answer to the condemned and ridiculed Western sanctions, but what the propaganda never mentions is that such a “reliance on our own strength” necessitates a return to low-tech industrial structures and designs (Nezavisimaya gazeta, June 21).

Even this reversal of technical progress can be costly, and the United Aircraft Corporation (part of the Rostec conglomerate controlled by Putin’s old associate Sergei Chemezov) calculated the expenses of domestically producing all components for the Superjet 100 aircraft at 50 billion rubles ($941,177), not including the engines (Vedomosti, June 21). Deteriorating maintenance drives flight safety down, and the crash of an Il-76 military-transport plane on June 23 and two accidents involving Su-25 fighters in early June illustrate this point (Kommersant, June 24; Topwar.ru, June 21).

The Russian air force cannot establish effective control over Ukrainian airspace, as sober-minded Moscow experts now admit, and the sanctions-aggravated problems with logistics and maintenance almost guarantee that this underperformance will not be overcome in forthcoming encounters (Russiancouncil.ru, June 22).

This lack of modern capabilities, which had been on show in parades and highly praised by the self-serving military command prior to the invasion, determines the strikingly unmodern character of Russian strategy for “liberating” Donbas by totally destroying it (The Insider, June 24).

The paradox of resorting to the old Soviet way of war based on the massive application of force, while having neither the human resources nor the industrial base necessary to carry it out, undercuts whatever small gains Russian forces are able to make in Donbas (Svoboda.org, June 24). With every delivery of Western weapon systems, the Armed Forces of Ukraine take a step forward in modernization, while the Russian military falls back to unsustainable World War II patterns (Republic.ru, June 24).

The war, even if still camouflaged as a “special operation”, has become a major tool for the Kremlin’s policy of reforging Russian society to fit the old-fashioned paternalist mold — first of all by dominating information flow and suppressing all independent voices (The New Times, June 25). One inevitable result is the sharp increase of emigration, and if the shocking onset of the war caused a wave of hasty escapes, presently, the outflow is sustained by more considered decisions on relocating businesses and changing career plans (Novaya Gazeta, June 24).

… the country is losing talent and energy, and Russian demography will proceed from bad to worse.

Moscow city authorities put great effort into ensuring that city life continues “as normal,” but the oppressive atmosphere hangs heavy over the rebranded shops and cinemas showing old movies (Meduza, June 22). For Putin’s order-enforcers, the departure of thousands of young entrepreneurs and freelancers means a contraction of the protest pool, but the country is losing talent and energy, and Russian demography will proceed from bad to worse (Republic.ru, June 25).

Once more turning the country inward

On the propaganda-polished surface, signs of degradation — the inevitable consequence of de-modernization — are not yet starkly visible, as unemployment remains latent, discontent is pushed underground, and even forward momentum in Donbas appears to be with the Russian forces, exhausted as they may be. What will break through this surface first — a strike at a paralyzed industrial plant or an offensive by Ukrainian forces that liberates Kherson — is anybody’s guess.

Russia is not only too big but also too complex to be reduced to a stagnant walled-off khanate.

For a few more weeks, the small gang of Putin’s aging lieutenants can cling to their vision of restoring Soviet-style patterns of governance, as the wider circle of smart courtiers supply them with information that plays into the notion that de-modernization can work.

The experiment of once more turning the country inward is doomed to fail because Russian society has learned the skills of mobility and connectivity and, when given the chance, the most valuable members will likely continue to leave. Russia is not only too big but also too complex to be reduced to a stagnant walled-off khanate.