The stories that are told about the Russian invasion of Ukraine – the interpretations that are advanced about what the war means and why it went the way it did – are going to play a decisive role in determining nothing less than the fate of the earth. 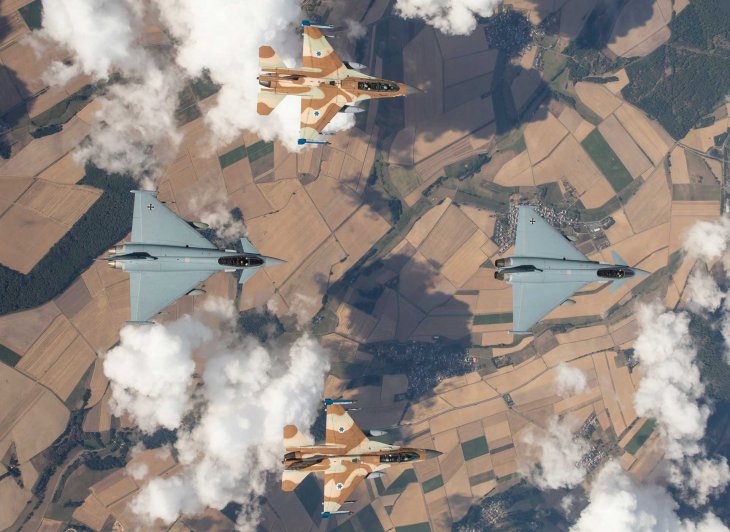 The dominant story we hear today is the following:

Everything changed on the 24th February 2022, when Russian forces swept into Ukraine to wrest control from the government in Kyiv. The illegal Russian invasion shattered the European security architecture, revealing the ruthless, malicious character of the Russian president, Vladimir Putin. The return of geopolitics now obliges the West to increase its military spending, modernize its nuclear weapons, and contain and confront authoritarianism.

… the Russian invasion of Ukraine was less a turning point than a heart-breaking confirmation of things we already knew.

The alternative narrative, which I must admit I find more persuasive, is that the Russian invasion of Ukraine was less a turning point than a heart-breaking confirmation of things we already knew. After all, we already knew that the incumbent Russian government was and remains a brutal organization with a proven track record of using violence and other dirty tricks in pursuit of its aims.

The sieges of Grozny in 1995 and 2000, the Litvinenko-poisoning in 2006, the invasion of Georgia in 2008, the interference in Crimea and war in Eastern Ukraine from 2014 onwards, the election meddling in the United States in 2016, and the attempted assassination by chemical weapon in Salisbury in 2018 are just some of the skeletons in Putin’s closet.

The war in Ukraine is bigger than the wars in Georgia and Chechnya, but perhaps the most surprising feature of the war has been the relative ineffectiveness of the Russian military. If anything, the Russian military threat to the rest of Europe now looks less serious than before. The idea that Russia’s armed forces could successfully mount an attack and invasion of large swathes of Western, Central, or Northern Europe almost seems absurd.

Nevertheless, it is the former narrative – the narrative that the West must rearm in the face of an all-conquering eastern foe – that is the dominant one.

The climate, quite simply, cannot bear a new arms race.

While I would not for a moment dispute that there are serious security implications associated with the war or that we must stand up to imperialist aggression, I’m wary that the military decisions that are taken now – in countries like the United States and Germany – will lock in spending priorities that are incompatible with other goals. Let me put this very clearly: Substantial increases in military spending, at the expense of investment into green technologies, is not consistent with keeping global warming to less than 2 degrees Celsius. The climate, quite simply, cannot bear a new arms race.

The world’s militaries already emit substantially more carbon than the entire global shipping and civil aviation industries combined. To borrow a phrase from a former Norwegian prime minister, “everything is connected with everything”.

The specifically nuclear narratives associated with the war will also shape policy and risks going forward. Conclusions about nuclear utility or disutility could impact decisions about proliferation, and ultimately the wider threat landscape, for years to come.

I’m sometimes asked which strategies or theories I think the war proves or disproves. But these discussions tend to get awfully abstract very quickly, and nuclear weapons – problematically – are too often short-circuited with concepts such as strength, security, and power.

So let’s look at the specifics.

Let’s, for the sake of argument, pretend that Ukraine had a nuclear arsenal like the one that was left on Ukrainian territory when the Soviet Union collapsed in 1991, i.e. a couple of thousand warheads, some strategic, some tactical.

When and how would the Ukrainian forces have used these weapons? Surely not against Russian forces on Ukrainian soil. That would have utterly destroyed large parts of Ukraine itself. And the conventional weapons Ukraine is in fact using appear to be quite effective in military terms.

So, if Ukraine wouldn’t have used nuclear weapons against Russian forces inside Ukraine, perhaps it would have used them against Russian cities or major military infrastructure on the other side of the border. Well, this would quite likely have constituted war crimes. It would also have invited a response in kind from Putin. In turn, this scenario could have easily seen the end of Ukraine as a nation, and a humanitarian, environmental, and health crisis way beyond what we have today, with huge impacts far beyond the national borders of the belligerents.

… in this war, nuclear weapons are simultaneously everything and nothing.

I’ve written that, in this war, nuclear weapons are simultaneously everything and nothing. Nothing because, beyond arguably deterring other countries from intervening more directly on the side of Ukraine, nuclear weapons do not appear to offer much utility in this conflict. And everything because, if things suddenly go wrong, human civilisation as we know it could end.

There is no “Plan B”

Along with other experts, I’ve been responding to readers’ questions about the war on national broadcasting website(NRK.no).

The questioners may not be fully representative of the general population. But it is nevertheless interesting to get some insight into what people are worried about – and what premises they base their questions on.

Perhaps most striking to me has been the number of questions based on a notion, or at least a hope, that someone or something out there will be able to stop Russia’s nuclear missiles if Putin really should go off the rails and push the big button. “There must be a plan B”, wrote a reader who did not fully accept my answers about the limitations of civil defence and missile interception.

There is no missile defense that can stop modern, nuclear-headed cruise missiles with an acceptable margin of error.

I’m sorry to say there is no plan B. There is no missile defense that can stop modern, nuclear-headed cruise missiles with an acceptable margin of error. Long-range ballistic missiles are even harder to stop.

We only have plan A, namely to avoid the use of these weapons in the first place.

The questions about missile defence testify to a fundamental unwillingness to acknowledge the existential vulnerability that has characterized human history since the 1950s. As the English author Martin Amis put it: “We are all in the military”. Every single spot of the earth’s surface can be reached and destroyed by a nuclear warhead within just over half an hour. A couple of thousand nuclear weapons are at all times ready for launch at short notice. “Our babies are born, not in their birthday suits, but in uniform”, writes Amis. “We are all on the front line.”

Readers at NRK have also asked detailed questions about the use of so-called tactical versus strategic nuclear weapons, and about the effects of using so-called low-yield, more precise nuclear weapons against hypothetical targets in Ukraine. Such questions are important. But we are to some extent in danger of missing the forest for the trees. The whole point of a nuclear warhead is to cause extreme damage. The Hiroshima bomb, a relatively small nuclear weapon by modern standards, had an explosive power equivalent to 1,500 units of the largest conventional bombs in Russia’s current military arsenal.

In fact, nuclear weapons are so big they have left their mark not just on the human story but also the story of the planet. The beginning of the “Anthropocene”, the proposed geological epoch we are now in after 11,700 years of the “Holocene”, is dated by the scientific association Working Group on the Anthropocene to the early 1950s, when the great powers’ nuclear testing campaigns recreated the earth’s surface in man’s nuclear image.

The broader question is what lessons the war in Ukraine will imply for nuclear strategy, non-proliferation, and disarmament. For many, the rediscovery of our nuclear vulnerability should be a call for a serious and carefully thought-out strategy to push back against nuclear weapons.

The Treaty on the Prohibition of Nuclear Weapons is one instrument designed to do just that. Proponents of the TPNW have, however, been accused of sowing polarisation in the international community. I find such arguments difficult to accept.

We must be clear-eyed that it is not and will not be possible to achieve nuclear disarmament without anyone getting upset, in other words, without acute disagreements and rearguard actions by the powers that be.

Pundits and diplomats love to say that everyone agrees about the vision of a world without nuclear weapons and any that disagreements are about implementation. This is simply not the case. Nuclear-armed leaders’ talk of abolition has for decades been belied by their governments’ actions – nuclear modernization programmes, non-implementation of consensus disarmament agreements, explicit nuclear threat-making, and repeated statements about the necessity and legitimacy of nuclear deterrence.

Vladimir Putin and the oligarchs that make their money through the Russian military-industrial complex have no intention of disarming. On the contrary, they continuously seek to legitimise nuclear weapons. For example, Russian diplomats routinely (with a modicum of justification) argue that the Nuclear Non-Proliferation Treaty (NPT) gives Russia a right to possess nuclear arms. The Russian Orthodox Church is regularly invited to take part in ceremonies jointly with Russia’s nuclear forces. Priests habitually sprinkle holy water on Russian nuclear missiles and submarines. Russian nuclear bomber cockpits and submarine control rooms almost universally carry religious icons, with St Seraphim of Sarov the nuclear forces’ official patron saint. Russian state broadcasters incessantly project the conspiratorial narrative that Russia is surrounded by enemies bent on aggression that can only be deterred with nuclear force.

Other nuclear-armed states have their own practices of legitimation. In the United States, nuclear defence contractors spend millions each year on donations to think tanks, lobbyists, and political election campaigns with the aim of shaping public discourse and policy. The United States’ last two secretaries of defence, one under the Biden administration and one under the Trump administration, both came to the Pentagon from jobs at Raytheon, one of the world’s largest nuclear weapons makers.

… nuclear weapons are vulnerable – to ridicule, to normative contestation, to lawfare, to censure, to acts of resistance, in short, to change.

The various practices of legitimation referred to above are in a way quite depressing. But they should also be a source of hope for those seeking nuclear restraint. After all, they show that nuclear weapons are vulnerable – to ridicule, to normative contestation, to lawfare, to censure, to acts of resistance, in short, to change. Otherwise there would be no need to place icons in nuclear submarines or to fund think tanks to promote nuclearism.

To again quote Amis: “This is a human story, and human pressures, human mobilisations, can be brought to bear upon it.”

I don’t think we can expect the nuclear-weapon states to disarm if nobody puts pressure on them to do so. And we certainly cannot avoid so-called polarisation if we actually want to make a difference.

The people and movements that drove the campaigns against nuclear testing knew this. And today we bear the fruits of their labour. My warmest congratulations to NORSAR and the CTBT community on the 25th year anniversary.